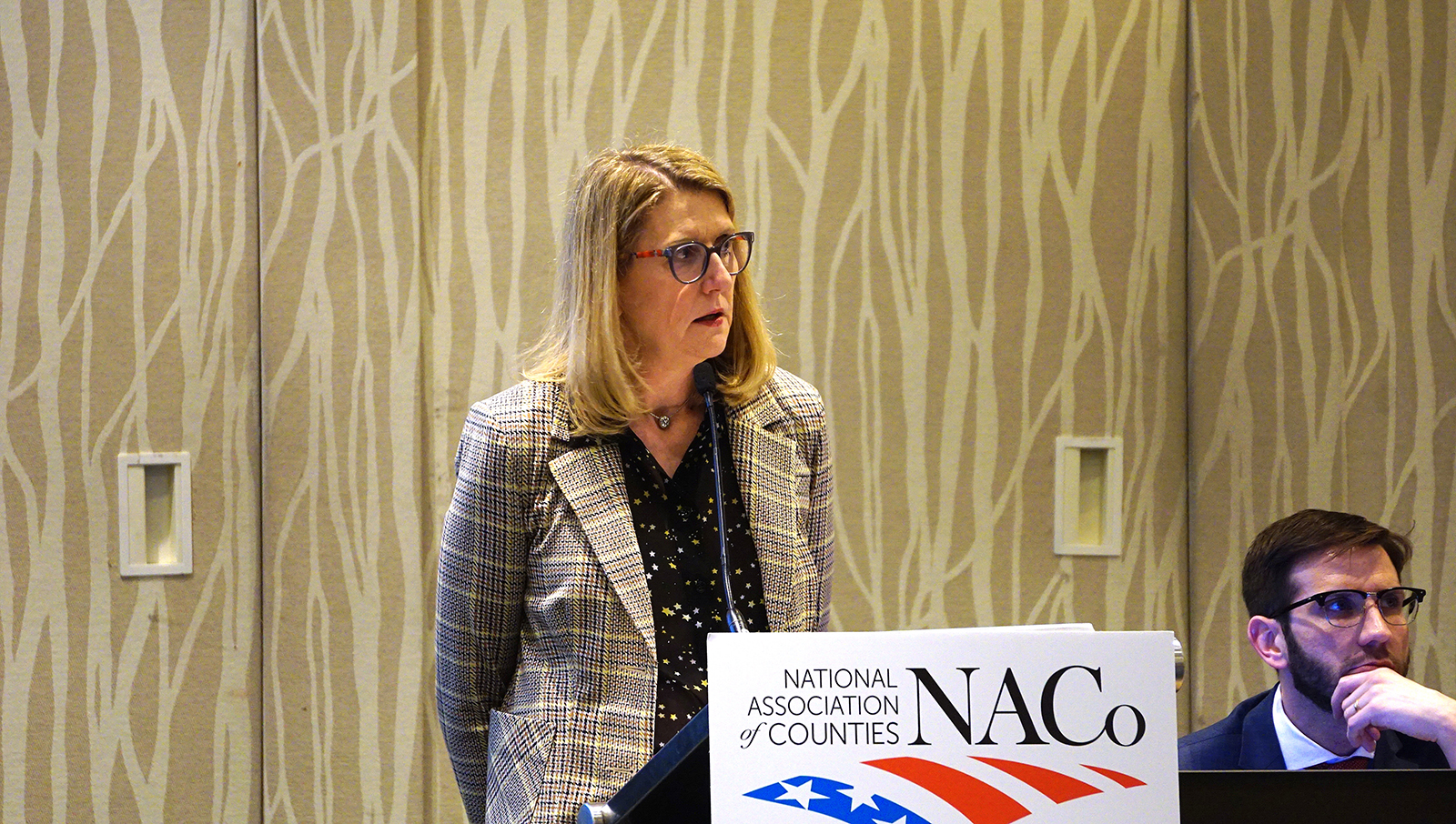 Vicki Christiansen, chief of the U.S. Forest Service, speaks to the WIR Board of Directors March 3. Photo by Leon Lawrence III

In order to filter by the "in queue" property, you need to add the Entityqueue: Queue relationship.
With nearly 41 percent of forest land under federal management at moderate-to-high risk of catastrophic fire or insect infestation, the farm bill and 2018 omnibus gave the Forest Service new tools to combat those threats

The farm bill and omnibus funding bill passed in 2018 gave the U.S. Forest Service a variety of new tools to combat wildfires.

Vicki Christiansen, recently confirmed as chief of the Forest Service after several months in an interim role, outlined those tools to the Western Interstate Region's Board Meeting Sunday.

Nearly 41 percent of forest land under federal management is at moderate-to-high risk of catastrophic fire or insect infestation, according to Christiansen.

“This can’t be business as usual,” she said. “We have the conservation challenge of our time in America.”

The omnibus bill’s fire funding fix creates a disaster fund starting in FY 2020 that the Forest Service can use, rather than borrowing from non-fire accounts, which has been done in 12 of the previous 15 years.

“A broad coalition came together, from the forest products industry to the conservation community, recreationists and hunters and sportsmen alike,” Christiansen said. “They realized we were in a freefall with our budget. With the rising amount of fire on the landscape, the Forest Service’s constrained budget more and more was going to fire and less and less going to the active management on the ground to be proactive.”

Internally, the Forest Service has been reviewing its processes, looking for what to update.

“They’re not contemporary and they don’t match the business needs of today,” she said. “We are not trying cut any corners. We want to continue to be good stewards of our environmental assessments and our decisions,”  she said. “But quite frankly, we put on too many layers and it’s unnecessary, and more resources are going into planning and analysis when we can switch those resources and get more work done on the ground.”

She added that high value timber policies, for example, are 40 years old and don’t match the market.’

“We can be more relevant to match the work that needs to be done on the ground,” she said.

The previous 10-year stewardship contracts have been increased to 20 years, which  Christiansen said was more in line with the state of the timber industry.

The farm bill has expanded Good Neighbor Authority so that the Forest Service can enter into contracts with counties and tribes, and has increased the service’s ability to carve out categorical exclusions on lands subject to fire, insects and disease.