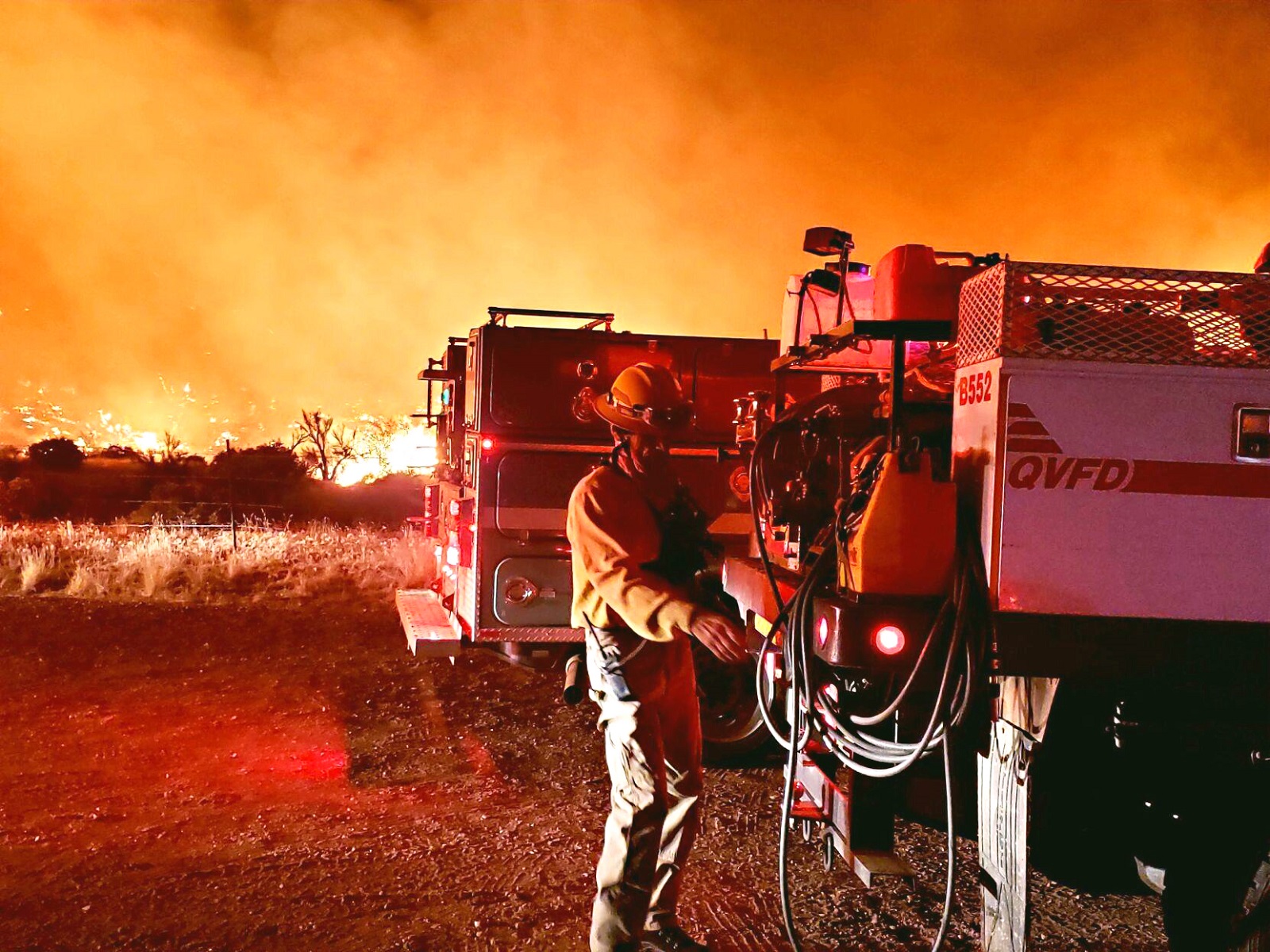 High above the mountains in Pitkin County, Colo., a new technology that uses cameras and artificial intelligence (AI) may be aiding in the county’s response to wildfires.

“It’s very different from most camera wildfire detections that are out there today,” Pitkin County Telecommunications Manager Jeff Krueger said. “Most camera systems are typically looking at either fire detection with visual or infrared cameras. This deployment takes it a step further.”

The goals of the project are to provide actionable information regarding smoke column conditions, fire rate of spread and a fire’s behavior.

The system uses a standard visual camera with some near-infrared capability to look for smoke and changes in smoke patterns. This not only identifies if there’s a potential fire, but also where the fire is located.

“It’s using artificial intelligence algorithms to do that,” Krueger said.

The county has 10 communication sites on mountaintops ranging from 9,000 to 12,000 feet in altitude.

“Integrating the Pano cameras along with our county communication infrastructure just seems like a logical next step for wildfires,” Krueger said.

He said the launch of the pilot project is in response to an overall trend throughout western states, where counties are seeing increased dry conditions and damaging wildfires.

Pitkin County is currently experiencing a drought after a heat wave and below average snowpack from last winter.

“We’re just seeing an explosion in wildfires in terms of number but also in terms of size,” he said.

Counties throughout the Midwest and West are experiencing unprecedented drought conditions as wildfire season approaches.

According to the U.S. Drought Monitor, counties in New Mexico, Arizona, Utah, Nevada, California, Oregon and Washington are experiencing “Exceptional Drought” conditions, the worst on the scale.

“We’re having domestic wells go dry. We have no water for most of our irrigation projects for agriculture,” Klamath County Commissioner Donnie Boyd said.

Boyd said the county and other agencies throughout the state are concerned about fire conditions within the Klamath Basin as well as in the rest of Oregon and western region of the United States.

The state is looking for additional funding to help with wells that are affected by the drought and aid the agriculture and ranching industries, according to Boyd.

With droughts come wildfires, which have already started to spread.

The Telegraph Fire is one of 20 fires active in Arizona and burned nearly 180,000 acres throughout the state as of June 21.

“The Telegraph Fire has been a real ebb and flow kind of situation,” Pinal County Supervisor Stephen Miller said. “We eventually think we have it close to containment and then all of a sudden the winds come from a different direction and then we’re back down percentage wise.”

“It’s devastating the landscape that’s been scarred by the fire,” he said.

Before the Telegraph Fire started, the county and state of Arizona experienced severe drought conditions. Miller said the monsoon season last year was not as active as normal and there was limited moisture last winter.

“When we have good snow and good rain, when the snow melts, it runs down and goes into the reservoirs. This winter, it snowed, but there was no runoff because the ground would just suck the moisture into the ground so consequently our reservoirs had very little runoff into them this year,” he said.

Miller is eagerly anticipating monsoon season, which starts in July.

“I hope we get a real active year to help squash some of these dry conditions and allow our men and women to get a handle on these fires,” he said.

However, with the monsoons come erosion, flooding and flash flooding.

“It’s kind of an accumulative problem,” Miller noted. “Just because the fire gets put out then we have another problem in another two months or three months with the watershed. We’ve got some challenges in front of us.”