In order to filter by the "in queue" property, you need to add the Entityqueue: Queue relationship.
Fiore Leone has been an Erie County, Pa. council member for nearly 42 years – as long as the Erie County Council has existed

There is no stopping 86-year-old Fiore Leone, council chairman of Erie County, Pa.

On a hot August day, it’s hard to keep up with Leone’s pace as he stops at points along Lake Erie’s Presque Isle Bay. He walks through the county’s waterfront public library, viewing an Idea Lab and a Heritage Room with historic county records. He travels next door to the Bayfront Convention Center where he views meeting rooms and explores two hotels connected to the center. He then hits the road driving to Pleasant Ridge Manor, a county-operated geriatric center, before ending his day gaveling in a council meeting in an adjacent township.

These places all have one thing in common: Over four decades of service, they are Leone’s proudest accomplishments.

Born and raised in Erie County, Leone was elected to the original Erie County Council that formed in 1978. He is retiring in January 2020, which will mark exactly 42 years of service and makes Leone the longest tenured county official in the state of Pennsylvania.

His resume is quite impressive: Member of the county board of elections and member of the Board of Trustees for the county nursing home since 1979, liaison to the Regional Chamber of Commerce Industrial Development Authority, served on the board of both the Regional Airport Authority and the City and County Gaming Authority, chairman of the Erie County Retirement Board and last but certainly not least, served nine times as Erie County Council chairman.

Four decades ago, Leone’s motivation to run for county council stemmed from the state of the Pleasant Ridge Manor, a geriatric center located in the county, which Leone described as a “pigsty” at the time that was not a caring environment for the elderly.

“I’ve always had a heart for the aged and indigent in this community and I focused on Pleasant Ridge Manor,” he said.

He fought for nearly 10 years for the county to operate the facility and improve its conditions.

Now, he said the center provides services with dignity and respect for those in long-term care.

Marking his other accomplishments, Leone helped to establish a county-operated library system that was previously controlled by the Erie School District.

“The county looked at it [the library system] and said it’s time we did something better for the community than what has happened as far as the library services,” he said.

Today, the library system’s main branch, the Raymond M. Blasco Memorial Library, is located on the Presque Isle Bay waterfront and provides a variety of services such as an Idea Lab, a media lab, career resources and a Genealogy and Heritage Room that collects materials relating to Erie County history.

“The library is probably the catalyst of what transpired on our bayfront area,” he said.

The Presque Isle Bay waterfront development has been one of the major transformations Leone has seen in the county throughout his tenure.

“The county felt it was necessary. We felt it was something that was needed to attract or try to attract economic development within the community,” he said.

Throughout his elected career, Leone has seen county government adapt with new and expanding governmental responsibilities.

Looking to the future, Leone said he believes the most pressing issue facing county governments are state mandates.

He referred to a mandate that requires Erie County to replace the current voting machines with machines that produce a paper trail.

“The mandate is to have the machine, but the state doesn’t want to pay for them.

But the governor says we’ll pay a portion of them, so who pays the difference? The local taxpayers and that’s where there’s a lot of things that have to change from the federal government to the state government even to the local government,” he said.

These challenges never discouraged Leone from running for council.

“Just something that got into my blood and I started running and I thought ‘I’ll do what I have to do as far as the community is concerned,’” he said.

“I’m not ashamed of my services. I’ve worked hard and I did what I thought was right for the community.”

This year, Leone was recognized for his service as part of the Governor’s Awards for Local Government Excellence and was awarded the Outstanding County Commissioner/Council Member of the Year Award by the County Commissioners Association of Pennsylvania.

“I always felt I did what I always thought was right, he said.

“I did what I always felt was best for my constituents, for the people I represent.”

Leone will retire in January, but the concept of retirement isn’t new to him.

He retired twice before after serving as the Director of Facilities and Operations for almost 30 years at the Erie School District and after working as a consultant with an architect firm for over 23 years.

“I’ll miss the people that I’ve represented for the past 42 years.”

And what doesn’t come as a surprise?

“I do intend to keep quite busy even after I retire,” he said, “if you want to call it retiring.” 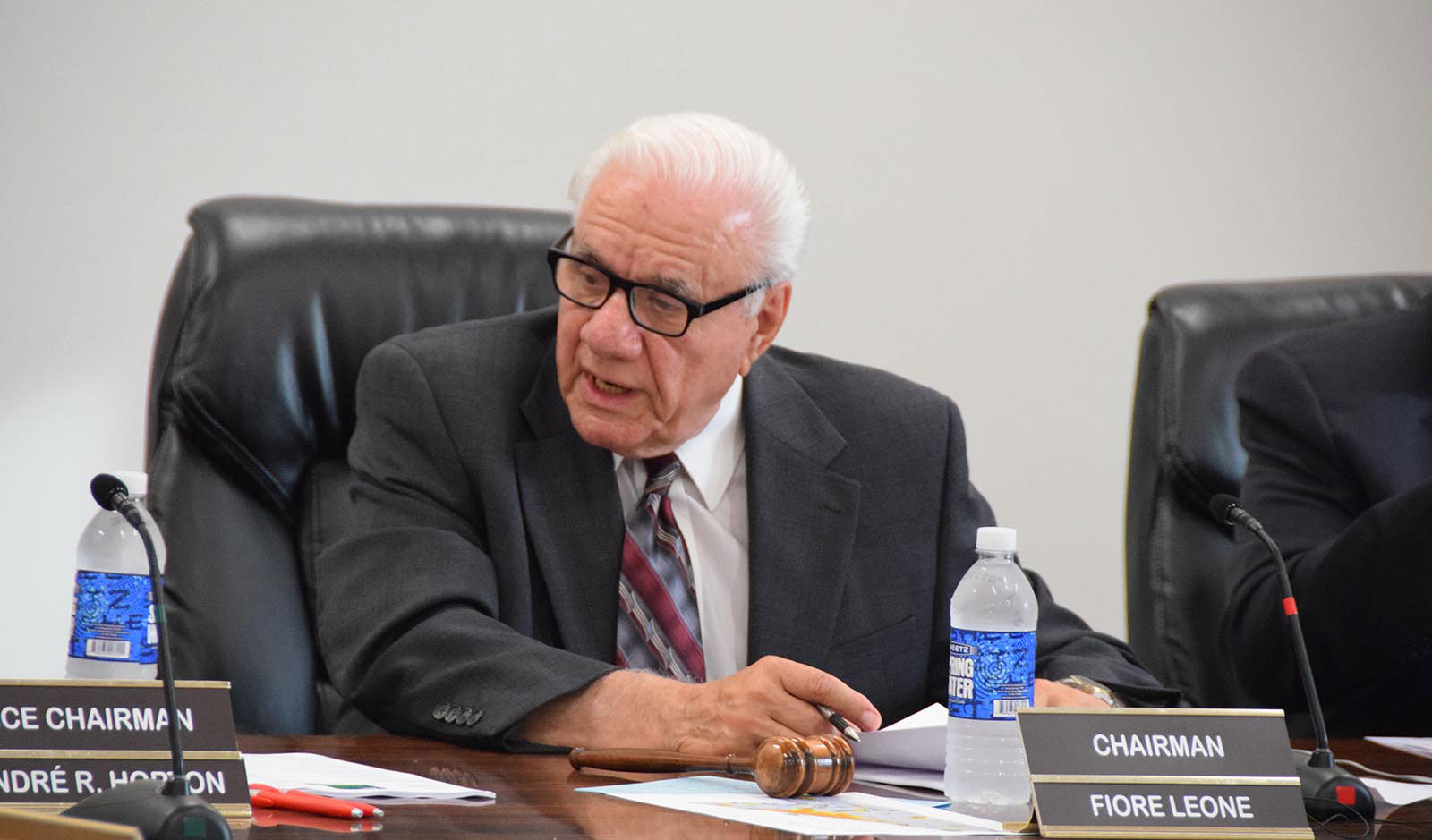