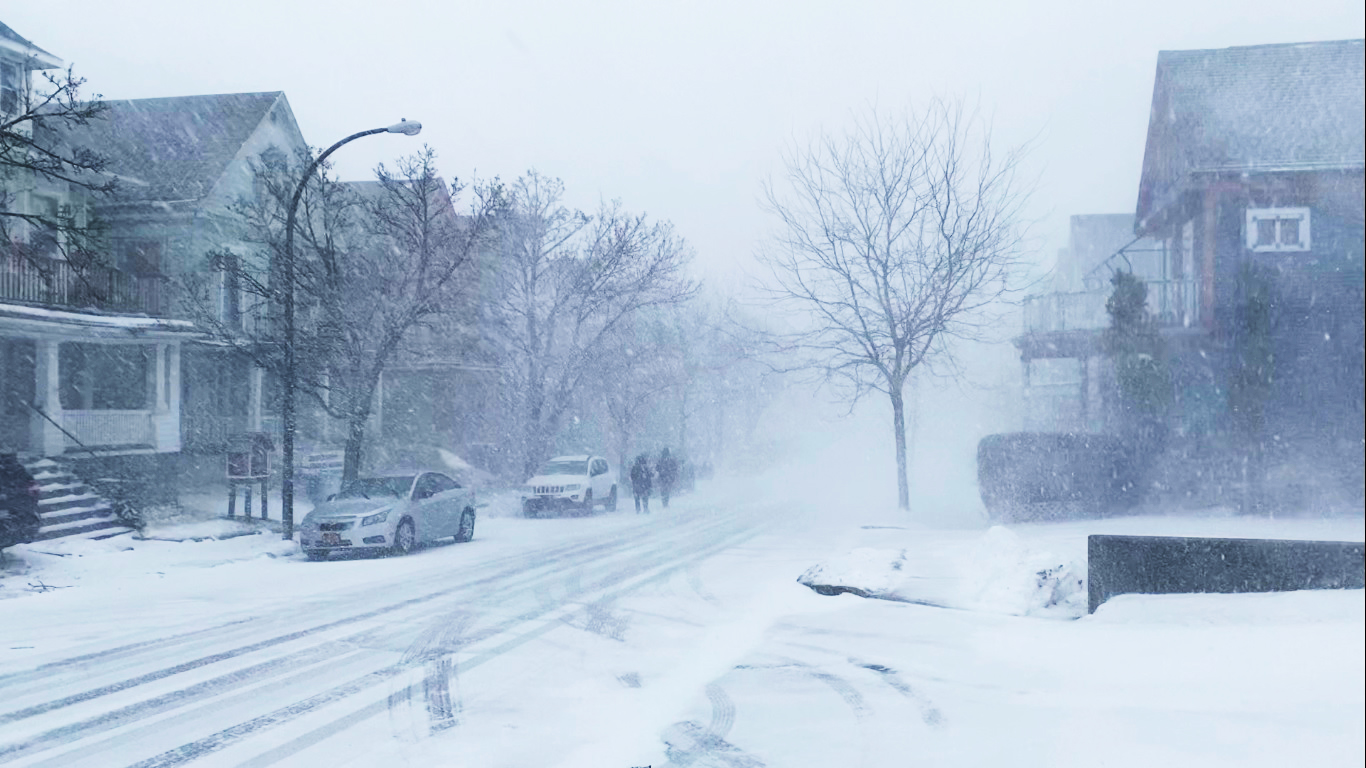 Snow blankets the street, sidewalks and cars as an eerie hush falls over Laurel Street in Buffalo, N.Y. as seen Dec. 24, the second day of a three-day blizzard that brought four feet of snow, hurricane-force winds and whiteout conditions. Photo by Andre Carrotflower

Counties throughout New York rushed to help Erie County navigate a snowstorm that killed 38 people in late December, more than half who died nationwide during storms that dumped four feet of snow on the Buffalo area and spread dangerously cold temperatures throughout much of the country.

Erie County, meanwhile, took over some responsibility for clearing more than one-third of Buffalo’s roads of more than four feet of snow, and County Executive Mark Poloncarz is exploring trying to take responsibility for clearing city roads in the future. For the second time in two months, the county declared a driving ban to reduce unnecessary travel. Drivers abandoned hundreds of cars, including tractor-trailer rigs and buses. Poloncarz said he was nearly hit by a car driving through the snow near his house while he tried to get into his own car.

“When you’re talking to people for [several] hours who think they’re going to die, it reminds me of the beginning of the COVID crisis, when we set up our COVID hotline and people were calling, crying, ‘I have a cough, does that mean I’m going to die?’” he said during a Dec. 28 briefing on the snowstorm.

“We had individuals working in those call centers who weren’t trained for that [emotional support] and it was a very mentally exhausting task and I want to thank each and every one from the Erie County team who are manning those calls and I’m very proud of what you did. You have saved lives.”

The county’s complement of 72 high lifts and 119 dump trucks were part of the armada of county, state and private vehicles working on snow removal.

EMS personnel completed door-to-door visits of homes that couldn’t be reached by phone to do wellness checks for 911 callers.

The National Guard also visited homes, completing wellness checks at every house that lost power for more than 10 minutes, and military police performed traffic control roles. Every caller to the county’s snow emergency hotline was called back later to follow up.

Deputy Executive Lisa Chimera called Erie County residents “part of the solution,” to the challenges posed by the snow.

“You have been great neighbors,” she said. “You have taken in strangers who are in need.”

“At a time that we should have been celebrating with our families and our friends, we were helping each other through this incredible event,” she said.

Mutual aid from other New York counties was diverse and came from far afield.

“The people we did actually make contact with were genuinely very appreciative that we were there,” said Cooperstown Fire Department Captain Michael Simons.

“The city basically shut down for a brief period of time and these calls were backing up and piling up. They were very grateful someone was there to come check on them.”

A team from the Onondaga County Health Department traveled to assist with recovery efforts.

“I’ve been here 19 years and 19 years ago, we would have never been able to do this,” McFall said.