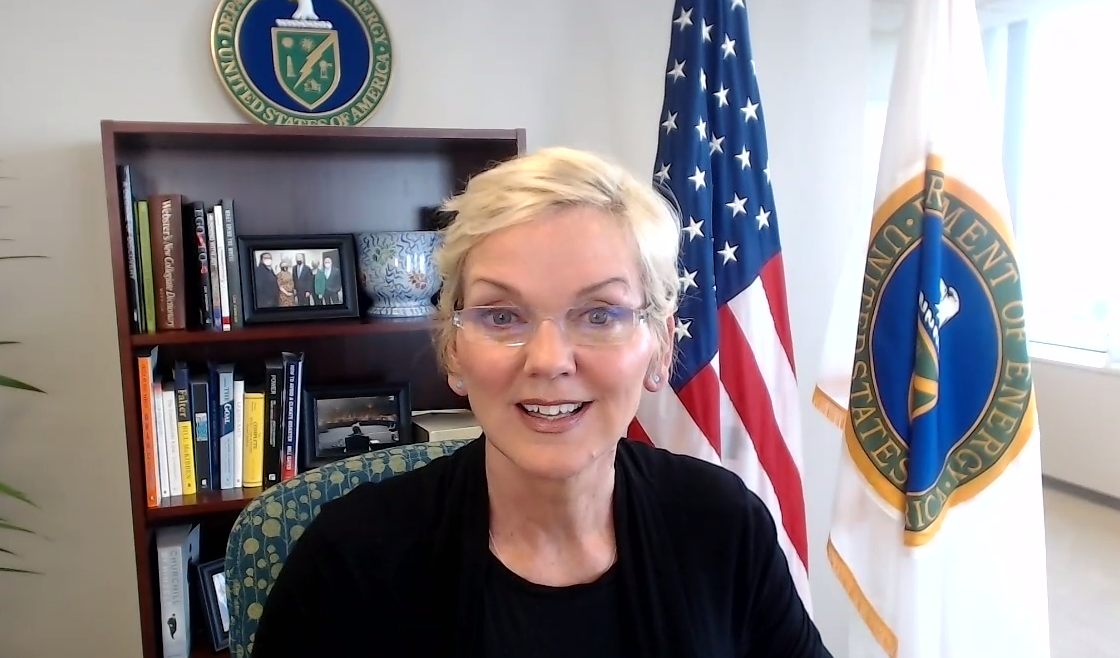 While the plan would usher in a transition toward renewable energy sources, Granholm stressed in a remote meeting with members of NACo’s Energy, Environment and Land Use Steering Committee that workers in traditional energy sectors would not only have roles in a new energy economy, but there is tremendous economic potential in correcting environmental degradation caused by fossil fuels.

“We want to partner with local communities and counties to make sure this shift to a green economy creates good-paying union jobs, spurs economic revitalization and supports energy workers in coal and oil and gas and power plant communities and  environmental justice communities,” she said, noting that studies indicated a $23 trillion global market for carbon capture technologies by 2030.

“The American Jobs Plan would turbocharge all of those efforts by making a historic investment in the infrastructure, allow us to live up to our environmental justice goals,” Granholm said.

“Forty percent of the benefits of this massive $2 trillion investment would go to communities that have either been affected by the energy transition or been living in the shadow of power plants, where their children have to use inhalers because they can’t breathe.”

“We want those communities to feel the impact of the American jobs plan which would invest $78 billion in workforce development and training,” she noted.

NACo President Gary Moore said that although some minor differences existed between counties’ priorities and the proposed plan, “We see value in the American Jobs Plan, and we want to help,” he said.

“We believe that now is the time to seize this exceptional moment and deliver investments that will enhance the quality of life for Americans across the country and help improve our global competitiveness from the bottom up.”

“This national energy policy must give local governments a central role in formulating local environment, energy and land use policies, as well as support for environmental equity issues,” Cribbins said.

“We are supportive of clean energy block grants for state, tribal and local governments to support policies on zero-carbon power as long as they include city populations in the overall county population numbers,” she noted.

“Any time we discuss zero-carbon power, we do get concerned about the impacts on local economies since the tax base for many of our communities is focused on energy production,” she said.

Granholm also heard from county officials about their individual efforts and goals for how the future of energy policy would play out in their counties. Los Angeles County, Calif. Supervisor Hilda Solis, a former labor secretary in the Obama administration, voiced her hopes for adding to the green energy workforce.

“One of my big aspirations is to get more of our young people into green jobs, so using programs like the green path career program, transitioning foster youth into these programs, is one our big priorities here because we have a large population of foster youth,” she said.

“We’ve been working on workforce development with our industries, especially Metro, working in partnership with new up and coming bus operators, developing the batteries and the whole production cycle and building out manufacturing facilities here in Southern California, doing it in partnership with community colleges and also with re-entering individuals who were formerly homeless or veterans.”

Oil is the king in Houston, but Harris County Commissioner Adrian Garcia has other plans for the third-largest U.S. county.

“My goal is to make it the clean energy capital of the country,” he said.  In addition to representing the precinct with the lowest median income, home ownership rate, educational attainment rate, his residents sport the highest rate of children and families without health insurance.

“If that’s not bad enough [my precinct] also owns the highest rate of diagnosed cancer, nearly, in Texas, so having environmental justice be a hallmark of this administration is critical, and I applaud you for taking that on,” he said.

“Because the fossil fuel industry is so prevalent in Harris County and prevalent in my precinct,” he noted, “making sure that we’re working with you to provide the education and the training necessary to ensure that our folks in the industry…recognize that there is a job waiting for them, they just have to get prepared for it. Ensuring that there is a smooth transition to thar brighter, cleaner future is critical.”