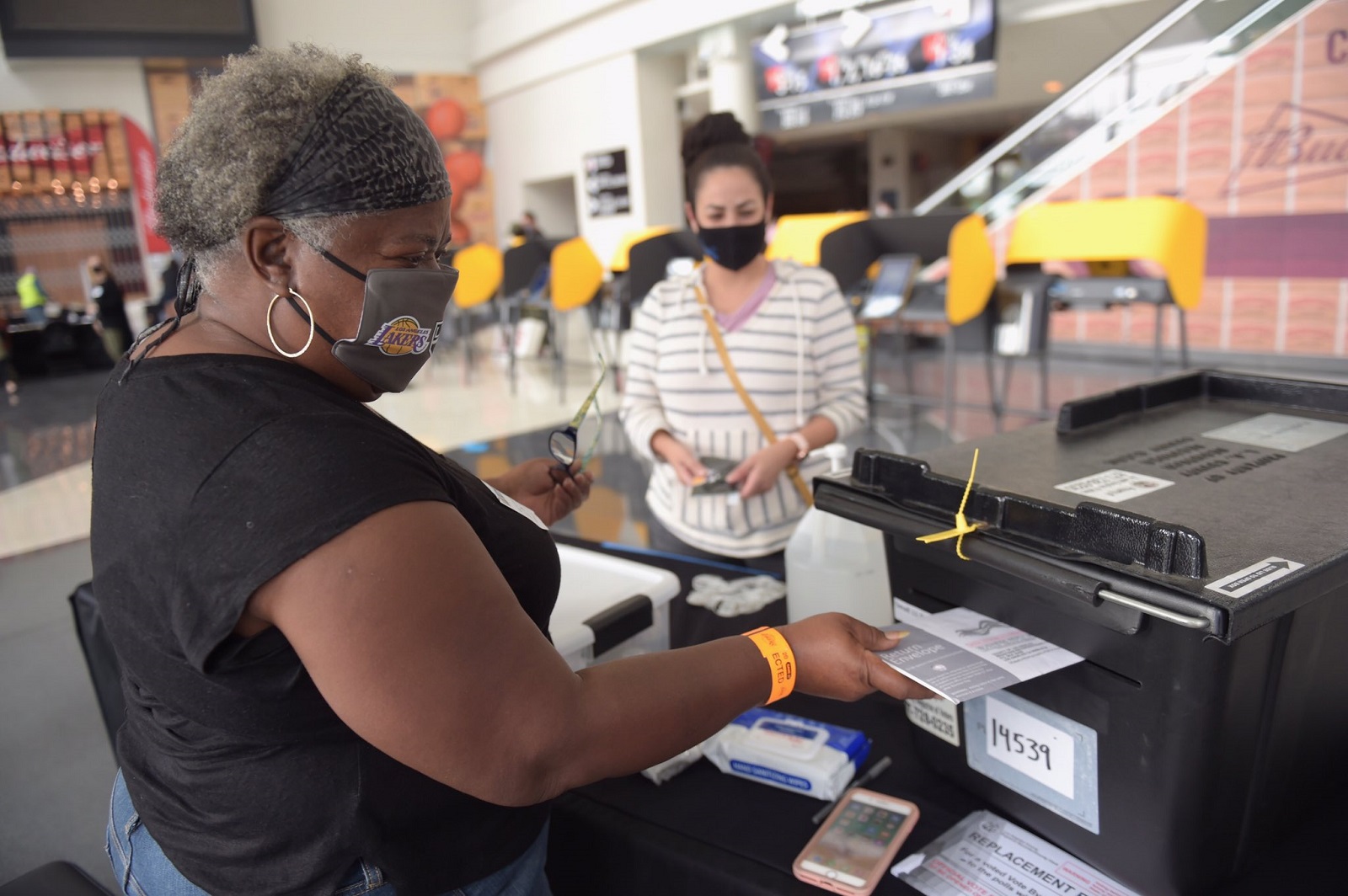 The COVID-19 pandemic didn’t stop Americans from casting their ballots early for the 2020 presidential election.

Over 99.6 million voted early with 35.4 million in-person votes and 61.2 million mail-in ballots as of Nov. 2, according to data from the U.S. Elections project.

States saw record-breaking turnout numbers with some, such as Texas, surpassing the total number of votes cast for the 2016 election.

Hays County, Texas was the first county in the country to surpass its own total 2016 voter turnout numbers.

According to Hays County Elections Administrator Jennifer Anderson, the county had a total of 73,589 votes in the 2016 election. The county surpassed that number on Oct. 25 — over a week before election day.

Hays County had 12 early voting polling locations open for the county’s 152,674 registered voters. As of Oct. 28, the county had surpassed its halfway mark and reached 56 percent voter turnout, Anderson said.

She attributed the high number of early voters to a heightened awareness of the election and election dates because of the COVID-19 pandemic.

“I think that there’s just been a lot of media attention on this election,” she said.

Anderson said other than the first day of early voting, she did not see large crowds or long lines during the early voting period.

“It has been a very consistent flow and I think that extra week has helped with that,” she said.

“All of those things we’re doing in this year’s election that ordinarily we wouldn’t even think about for an election and all of that required some amount of training and had a fiscal impact as well,” she said.

Williamson County, Texas also broke early voting records this year and was one of the first three counties in the country to surpass its own 2016 total voter turnout.

Elections Administrator Christopher Davis said the county surpassed the total number of voters from both the 2016 election and the 2018 gubernatorial election. At the end of the early voting period, the county had 263,020 voters — nearly 70 percent of the county’s 384,911 registered voters.

“We think there’s been ample time and opportunity for almost every voter to get out and vote in person if they weren’t voting by mail,” he said.

During the first week of early voting, turnout was steady with lines wrapping around the buildings of early polling locations, Davis said. Voters in the county could check via smartphone on estimated wait times at any polling locations.

The county also saw an almost tripling of applications for ballot-by-mail compared to previous elections, according to Davis. Voters could track the status of mail-in ballots from the post office to the ballot board.

“These voters can self-serve and get the information themselves and I'd like to think that only encouraged more participation in that mail ballot program and it’s worked very well given that we’ve seen almost a tripling of the volume that we normally see in these elections,” he said.

Davis said Abbott also allowed voters to walk in their ballots to offices at any point in time this year because of the pandemic. In prior years, voters could only drop off a ballot on election day.

“We’re seeing a little bit more of that as well with folks walking their ballot into our office and that's something that we traditionally haven’t seen outside of Election Day,” he said.

Hendrickson said 168 people voted on the first day of early voting in 2016. This year, that number nearly tripled with 469 casting a ballot.

“I think you can attribute it to certainly not in any small part to concerns about COVID,” he said.

“I would expect that our early numbers will do nothing but continue to grow — maybe not as exponentially as they did this year, but people are used to it and it’s a great service that we can provide,” he said.