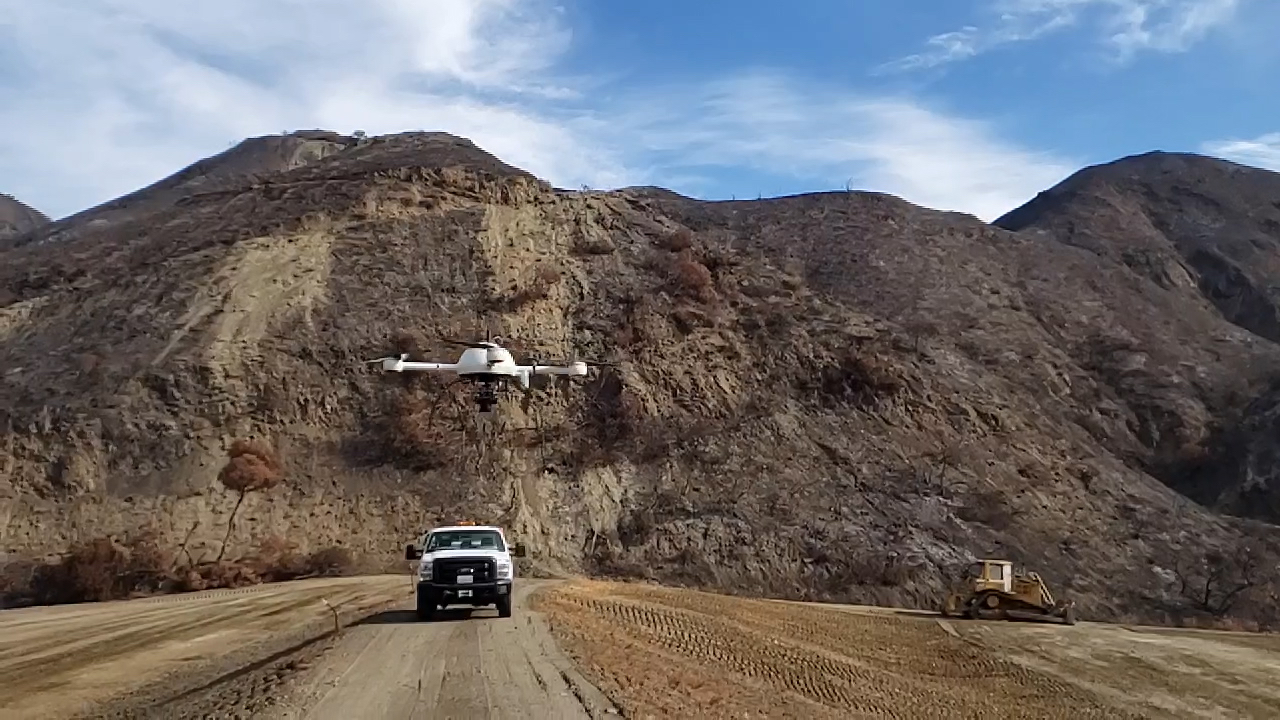 In order to filter by the "in queue" property, you need to add the Entityqueue: Queue relationship.
Riverside County's drone reconnaissance expedites map making during a wildfire, which helps in making decisions concerning life and property

The post-wildfire scene in Riverside County, Calif., saw an increase in both new and old technologies changing the way officials respond to life-threatening situations.

In 2018, the Holy Fire in Cleveland National Forest and the Cranston Fire near San Bernardino National Forest burned more than 36,000 acres. In Riverside County, just east of Los Angeles, the wildfires caused risks for high floods, road closures, loss of utilities and mud and debris flows.

A wet winter following the wildfires increased these risks with some burned areas receiving rainfall totals that only happen once every 200 years.

The four-feet long, four-feet wide Microdrone MD4-1000 has a high-end camera mounted on the bottom that faces straight down and takes photos as it flies, according to Joshua Tremba, a supervising land surveyor and drone pilot at Riverside County Flood Control and Water Conservation District.

Tremba explained that the drone takes overlapping photos, which are then processed through a software that creates three-dimensional maps.

The drone includes a survey-grade GPS receiver that is mounted directly on the camera. GPS receivers provide geo-referencing capabilities, eliminating the need for land surveyors to physically place ground control points throughout affected areas that would be used to measure distances by the drone, Tremba said.

“The fire zones are not very safe to hike in, not really somewhere you want to drive a truck through,” Tremba said.

By being able to remotely fly on demand without laying ground points, the drone expedited the process of making maps, which could be completed the next day and used to make decisions concerning life and property, he said.

“We were able to do these basins sometimes in a half hour, maybe 45 minutes after we showed up,” Tremba said. “It was light years beyond what we’ve done before. It’s really a game changer especially for surveyors to map something that fast.”

When basins would fill up with debris and sediment, the drone, which Tremba said is accurate down to centimeters, captured the number of resources needed to clear the material.

The drone’s maps were also used to design infrastructure like debris “cages” and new basin designs, which were all useful during the wildfires.

Other uses for the drone in the county include volume calculations, construction monitoring and mapping facilities.

“In reality, when the fire came, it was a whole other ballgame,” Tremba said. “It [the drone] really proved itself.”

On the ground, Riverside County utilized various types of cameras to obtain information and track the status of debris flows.

“We were able to have 24-hour vision where we installed those cameras and the cameras were articulated so that we could rotate them around real time on our phones,” said Jason Uhley, the chief engineer of Riverside County Flood Control and Water Conservation District.

To collect data on rainfall totals, the county built upon an existing network of rainfall and depth-monitoring gauges by adding 16 more instruments to the network.

“This kind of class of technology was really about giving us early warning because all of this stuff you see near real time,” Uhley said. “It gave us situational awareness. We knew what was happening at that moment.”

After obtaining this data, the county needed to create a communication system to easily share the information.

Radio systems and cellular systems helped transmit data and distribute it to the emergency operations centers that needed it, Uhley explained.

“That kind of tactical awareness was huge,” he said.

The cost for the tools used in the county totaled $650,000, which was paid for by district property tax revenue, Uhley said.

“What these tools gave us was a way to deconflict information and a way to process it more quickly and accurately and then respond better to the questions and the issues that were being raised,” he said.

Uhley added that in addition to the technological tools, having partnerships between different departments helped in protecting the community.

Essential to their success, he said, “was everybody working together and all on the same page and then adding these tools to that effective communication.”