Doug Hill to retire from CCAP after 35 years 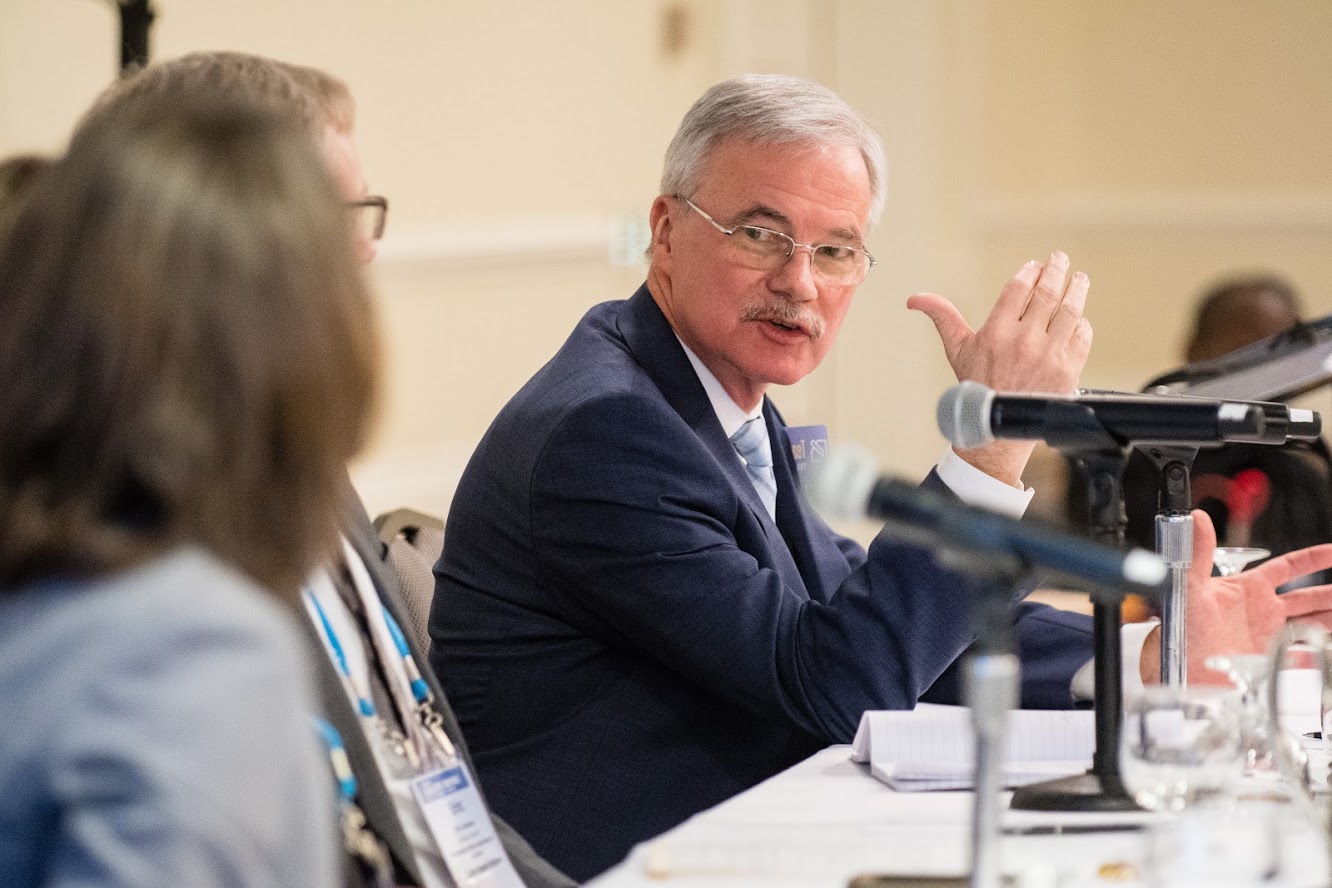 In order to filter by the "in queue" property, you need to add the Entityqueue: Queue relationship.
During Doug Hill's tenure with CCAP, Pennsylvania counties' authority and responsibilities have expanded, particularly in the delivery of human services.

Deer hunting season opens in late November in Pennsylvania, and while Doug Hill won’t exactly be turning over a rifle to Lisa Schaefer as she succeeds him as executive director of the County Commissioners Association of Pennsylvania, he’s giving her plenty of ammunition.

“I have 13 pages of bullet points in our transition plan,” he said. When they first met after she accepted the position, he showed her his exit memos he has been preparing since the beginning of the year. “We’ve crossed some off and added others. It’s a process.”

Hill is retiring toward the end of the year after 35 years at CCAP, the latest in a series of retirements over the last few years in state association leadership.

Of the 52 organizations in the National Council of County Association Executives, 25 will start 2020 with new leadership. The association will meet Oct. 22-25 for its fall meeting in Maui County, Hawaii.

“It’s enjoyable to me to see a new generation come in,” Hill said. “I see where I was back then and I look back at all the people who helped me as mentors and shared their perspective and experience. I’m also excited to see all the new ideas they’re bringing to the table.”

While in graduate school for public administration, Hill interned for Norm Hetrick, then a Lower Paxton township supervisor. The two stayed in touch, and after Hill had spent six years at the Pennsylvania Association of Boroughs, Hetrick, at that point a Dauphin County commissioner and CCAP president, encouraged him to apply for the top job.

“That internship paid off,” Hill said.

Public service had always appealed to Hill, dating back to his childhood in the Allegheny County borough of Coraopolis.

“I learned it from my parents,” he said. “They were never part of the zoning hearing board, but they were always involved in doing something to help a neighbor, help the borough, help the church. And they had absolute respect for everyone.”

That combined with his desire to find common ground made the field perfect for Hill.

“I have a good idea how to take what I want, what the other person on the opposite side of the table wants and putting those together, finding the thing that satisfies both of our agendas to help move forward.”

And statewide work was even better.

“County government was and is the fastest-growing level of government in Pennsylvania in terms of scope and reach of services,” he said. “When new things come along, when things need to be fixed, quite often state and federal government look to counties to be the ones to provide it. Particularly in Pennsylvania, where our many small municipalities often don’t have the capacity to do it.”

Hill’s tenure has seen a lot of change for the commonwealth’s counties. Counties’ responsibility for human services has expanded dramatically, adding programming for children, seniors and people with mental illness and intellectual disabilities. Counties also took over 911 services and set up recycling and countywide solid waste planning.

“We had a disposal crisis in the ’80s and managed to address that while working in a good environmental solution with recycling,” he said.

There was a white whale, too.

“The most difficult thing is developing a rational means to pay for all the services,” Hill said. “We’d gotten close, five or six times, but we still haven’t managed to find an alternative for local government than real property tax.

“The state government just does not have the political capacity to step up and pay its share,” he said. “We’re providing a partnership with them. I wish we had a better result there.”

He attributes those missed opportunities to the change in the political tone over the last few decades.

“When I started, we were at the tail end of the public looking to government for solutions and then we entered the era of government limitations, no tax increases. The hard thing is that sometimes you really have to come to a reckoning that if you’re truly intending on serving that population, you also have to have the political will to develop revenue sources that pay for it.”

Among Pennsylvania’s boroughs, townships and municipalities, county services are often overlooked by residents. Hill even noticed that in his children’s civics books, the word “county” only appeared once. That never dissuaded him.

“The state government and the federal government see us as their strong regional providers,” he said. “Our services aren’t the most visible to people because they’re not registering a deed every day. Unless you have someone who’s really part of the correctional system, you don’t see it as readily.”

The fraternity of state association directors has been important to Hill, because just as county roles vary from state to state, so do perspectives on local government.

“One of the most rewarding parts of my career has been working with people from different states and getting those different perspectives,” he said. “One of the best parts is finding ideas that would translate to Pennsylvania and then in turn, sharing what we’ve been able to achieve in Pennsylvania and see them replicate it elsewhere.”

He’s seen his share of the commonwealth, and if you quiz him on any of the 67 county courthouses, he can recall which direction they each face.

He’s sat in commissioners’ and council members’ offices and heard their laments, pride and concerns, and it all fit into the story he told back in Harrisburg.

“I go in with no agenda, we just talk,” he said. “That helps you that much more when you’re in the Capitol because you know where they’re coming from.

“I get a tremendous amount of personal satisfaction from bringing people together.”