The Doctor Is In: The role of psychiatrists in the Stepping Up Initiative 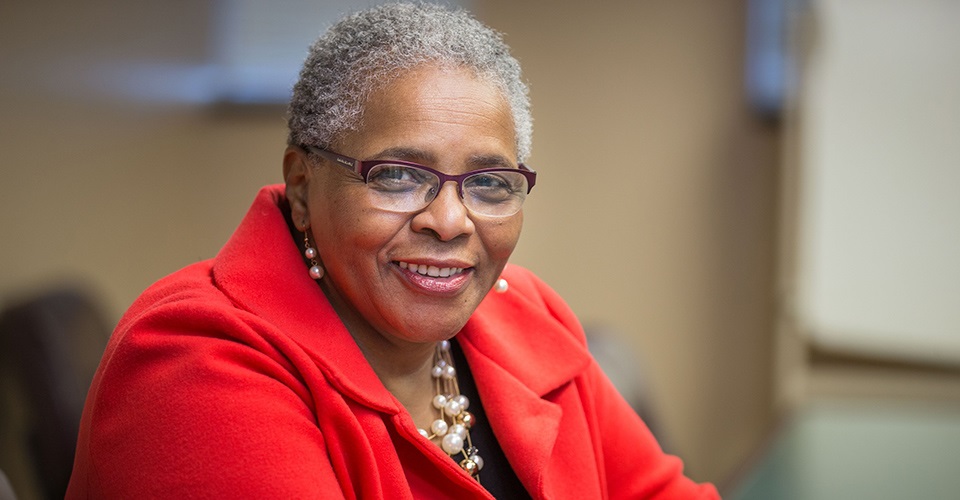 In order to filter by the "in queue" property, you need to add the Entityqueue: Queue relationship.
https://www.youtube.com/embed/Z4fbVKdQCQU

Dr. Altha Stewart sees the Stepping Up Initiative not only as a way for counties to improve the treatment of the mentally ill, but as a challenge to the psychiatric community to generate solutions. She discussed that and other topics with County News a year after she spoke at the 2016 Stepping Up summit in Washington, D.C.

Stewart is on the faculty at the University of Tennessee Health Science Center department of psychiatry and serves as the university’s chief of social and community psychiatry and director of the Center for Justice Involved Youth. She is president-elect of the American Psychiatric Association. Previously, she led Defending Childhood Shelby County (Tenn.), an initiative that developed supports and services for children with mental illness and their families, defragmenting the social service system to ease families’ navigation.

Her answers have been condensed. The full interview can be viewed by clicking on her photo, above.

In your opinion, why are so many people with mental illnesses involved in the justice system?

It’s the default mental health treatment system now; that’s where the money is.

People with mental illness tend to have behaviors or do things or create situations that bring them to the attention of law enforcement.

While the law enforcement may understand or even recognize that they have a mental health problem, there are so few places where these folks can be taken and treated that the default system becomes the law and legal system.

We have such a limited number of resources in our community that if you’ve been through a couple of times and you’ve got a reputation as being difficult, aggressive, assaultive, non-adherent, after a few times, people kind of give up on you, which puts you back on the streets.

What do you see as the role of psychiatrists in helping counties to reduce the number of people with mental illnesses in jails?

In Shelby County, Tenn., we have a few things, thanks to some long-term planning: crisis intervention teams; thanks to a very proactive county mayor, we have a mental health court that addresses issues at the front door.

How do you think counties can incentivize psychiatrists to work with the justice-involved population, many of whom are often indigent or under-insured?

People are coming out of medical school and residency with hundreds of thousands of dollars in debt. Counties have to get really creative, with loan repayment being part of the comprehensive recruitment process.

For rural counties and smaller jurisdictions, this is a possibility that hasn’t been fully explored.

How do you think the Stepping Up initiative has helped localities bring attention to this issue?

It certainly has started and will maintain a dialog about being creative. Starting to ask and answer those questions (about what counties can do) at that first summit was a great first step. It got together 50 teams from counties that are struggling with the same issue, many of whom were more similar than they knew.

It has also established, within the psychiatrist community, a conversation about what could be done. It opens the door to becoming a much broader discussion.

If most counties were aware of this problem, they’d start a diversion program for people with mental illness, because that’s a potential reallocation of funds that would support better outcomes. People will mental illness simply don’t’ fare well in the criminal justice system, they don’t do well in jails and prisons, they don’t do well going through the court process. They aren’t good about some of the things that are important if you’re going to navigate the criminal justice system.

Having access to some level of technical assistance, no county should think “we don’t know how to do it, therefore we’re not going to do it.”

There’s a multitude of technical assistance opportunities out there, through NACo and the Council of State Governments Justice Center.

What role do you see states playing in helping counties to reduce the number of people with mental illnesses in jails?

In most states, MH services are part of the state’s responsibility. I’d like to see more states go after grants available through the Department of Justice and the Office of Juvenile Justice and Delinquency Prevention.

We should look for ways to leverage dollars meant for workforce development, education and training in addition to mental health. Use HUD dollars for supervised housing, HHS dollars for addiction treatment and residential program for co-occuring disorders. Resources languish sometimes because as a system, we aren’t very good at finding possible mental health dollars that aren’t identified as being for mental health.