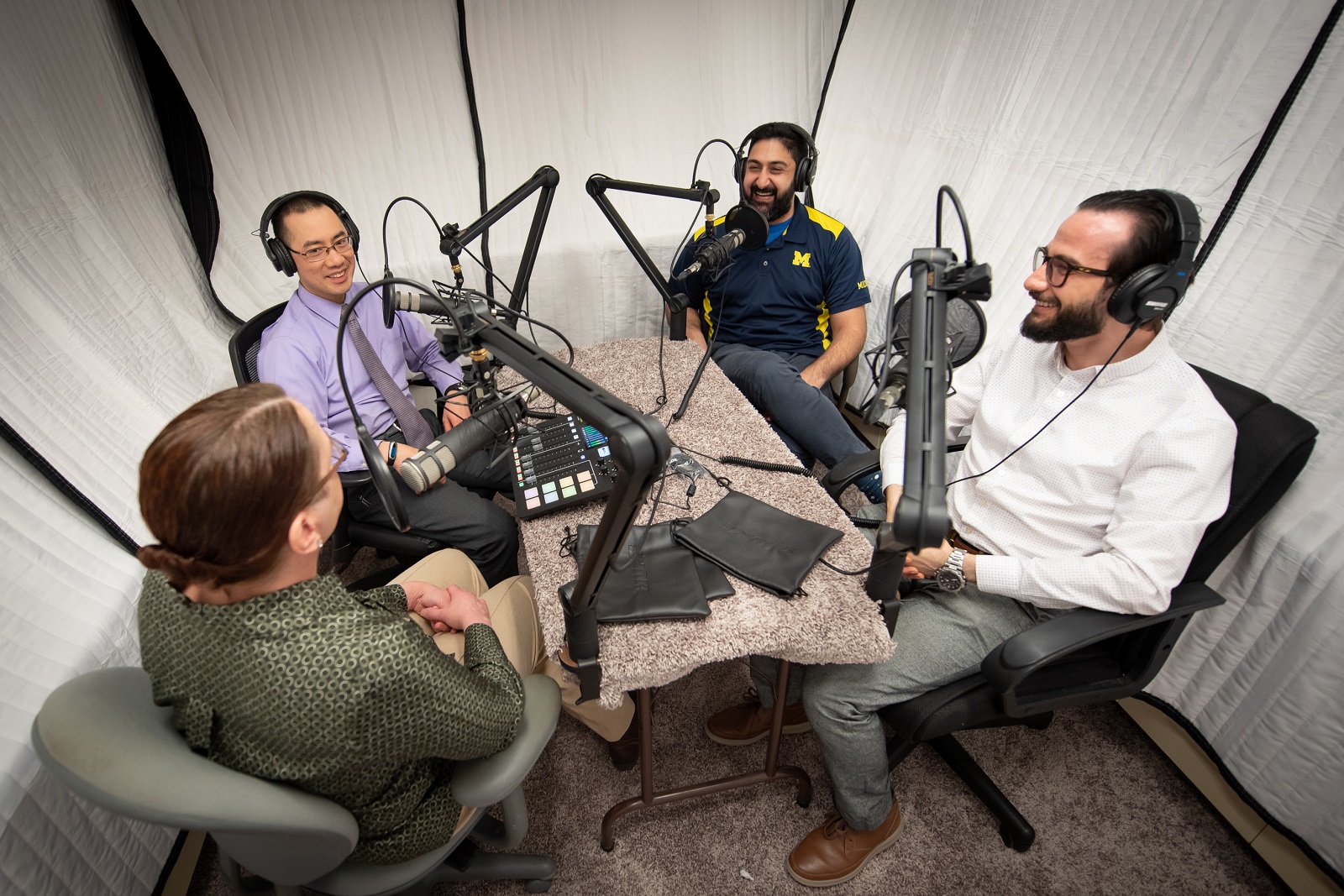 Every morning when Milad Webb, an assistant medical examiner, comes to work at the Wayne County, Mich., Medical Examiner’s Office, he and the other pathologists view a docket that lists the cases for the day.

In addition to performing autopsies, the pathologists are using their knowledge and skills to add a new task to the docket: Podcasting.

The podcast, which launched in Feburary 2020, aims to increase the community’s awareness about the job of a medical examiner and how they serve the community, as well as educate listeners about the medical aspects of death investigation.

It’s a job that is in short supply in many counties. Twelve years ago, the National Research Council issued a warning that there were fewer than 500 forensic pathologists in the country, The New York Times reported. That’s a number that couldn’t cover half the annual deaths that require autopsy, the newspaper pointed out.

Since then, the opioid epidemic has increased caseloads drastically.

“The community always has some great questions about what happens during an autopsy or explanations for what tests were performed,” he said.

Webb said there are limited online resources to find answers to questions about the field and many people do not know how to reach the medical examiner’s office.

“It’s a great opportunity for us to educate the public, let them know we are here, what kind of integral role we play in the community as well as answering a lot of questions they have,” he said.

According to Webb, many individuals have questions about the death of a loved one or how current public health matters such as the opioid crisis or the coronavirus may impact them. The podcast allows the pathologists in the medical examiner’s office to take questions from listeners and hear suggestions for future topics.

“Detroit’s Daily Docket” is produced in partnership with the University of Michigan, which partnered with the Wayne County government to run the medical examiner’s office, Webb said.

“That puts us in a very unique position to have the flexibility of resources to be able to do things like the podcast,” he said.

Podcast episodes cover a variety of topics including gunshot wounds, the opioid crisis or death by asphyxiation.

“We want to talk about some of those things and how if a medical examiner comes out and says, ‘We think this is a suicide,’ what is our confidence in knowing that?” Webb explained. “I think it would give some people some insight into the situation.”

Omar Rayes, assistant medical examiner at the Wayne County Medical Examiner’s Office, said the four pathologists independently launched “Detroit’s Daily Docket” after Deputy Chief Medical Examiner Leigh Hlavaty made an appearance on a different podcast, which inspired them to start their own.

Each pathologist focuses on a different task to keep the podcast running including writing scripts for each episode and managing social media accounts.

Rayes runs the digital aspects of the podcast and ensures it is available on all podcast platforms. He also helps organize the social media posts.

“We all work as a team to bring it to life and we’re very proud of our podcast,” he said. “It’s getting over 1,000 listeners for the first episode. That was the introduction one so I’m sure we’ll get more listeners as we go with the next episodes.”

“Our main goal of the podcast is to deliver a real and more accurate picture of our job and hopefully encourage those who are interested in forensics in general to seek an opportunity to work in this field,” he said.

Both Webb and Rayes emphasized that the podcast provides information to prospective forensic pathologists and medical examiners to learn about the job and the education required to work in the field.

The podcast will occasionally feature guests including Jeffrey Jentzen, who was the medical examiner in Milwaukee County, Wis., during serial killer Jeffrey Dahmer’s murders.

“We’ll get to cover a case if you’re dealing with somebody who is a serial killer or somebody who has disembodied human parts,” Webb said.

“Detroit’s Daily Docket” is available on all podcast platforms.