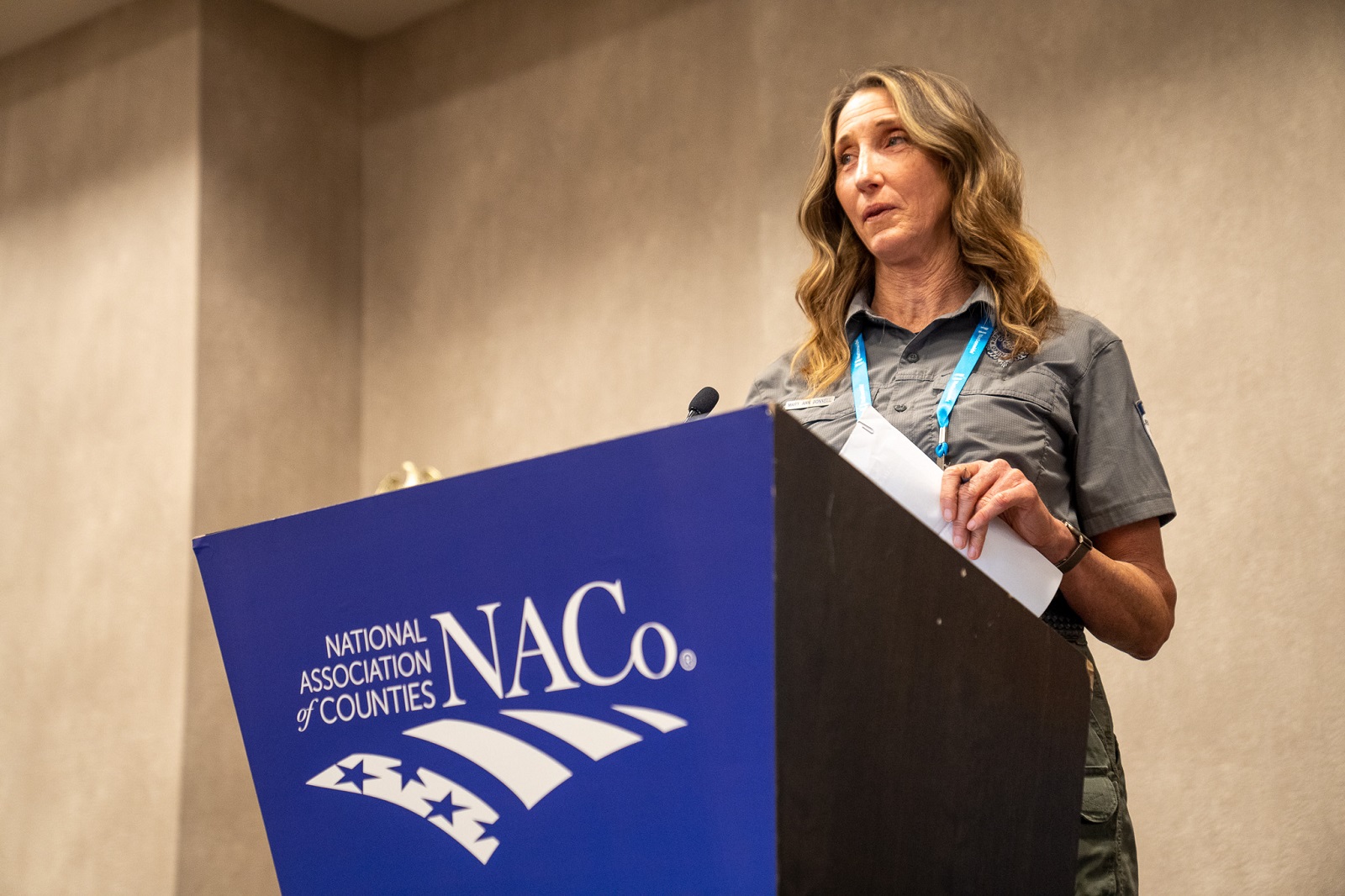 In order to filter by the "in queue" property, you need to add the Entityqueue: Queue relationship.
Pandemic-driven demand for recreation prompted county parks to speed up planned upgrades, meet increased needs and help manage use of natural resources.

The picnic made a big comeback in 2020. As the threat of COVID-19 transmission indoors became clear, Americans flocked to outdoor spaces, driving up park visitation across the country.

Those trends forced 2,900-county level parks departments to shuffle staff and resources and manage relationships and expectations among park users. And in many cases, undergo growing pains.

“Our parks department was relatively young compared to others in the area,” said Byron Fanning, director of parks and open space for Adams County, Colo. “We’ve had to grow up and the pandemic is what did that to us.

“People didn’t have opportunities to recreate indoors, so they rushed to our properties,” he said. “They beat our properties up.”

Analysis of cell phone data, overlayed with geofences indicating park boundaries, showed a 16 percent growth in park visitation in urban and suburban parks in 2020, compared to 2019, according to Jonathan Vlaming, superintendent of the Three Rivers Park District in Minnesota and representative of the National Association of County Parks and Recreation Officials. Exurban parks saw a 30 percent increase. While the increase slowed as the pandemic came under control, growth continued. Those figures represent both county parks and park districts that include multiple counties, including Vlaming’s.

The increase in visitation and use has caused some conflict, including between longtime park users and newcomers, drivers who overcrowded trailheads and pressured park resources.

“There’s the issue of ecological carrying capacity,” she said. “People say ‘We heard you are letting people love these parks to death.’

“You have to identity resources you want to protect and go for harmony, rather than balance where there are areas where you allow certain impact and areas where it is closed. Nobody can go in there because there are special resources we’re trying to protect.”

Jefferson County had to simplify signage to communicate more clearly to visitors, eschewing detailed historical interpretation in favor of the essential rules and guidelines and emphasized social norms.

“The standard gold yield sign is not adequate anymore,” Bonnell said. “It’s one of those things that people think they can explain, but when you corner them and say, ‘What does that really mean?’ they have no idea.”

Signage to encourage people to stay on established trails was crucial to maintaining a working relationship with wildlife, which had adapted to coexist with human activity in the parks.

But the capacity of the parks’ infrastructure buckled under higher visitor numbers.

“We saw the cracks in the foundation before COVID,” Bonnell said. “When Covid hit, those cracks became just crumbling. The congestion at our trailheads and the dysfunction at our trailheads became ominous. They were sick of not being able to find a place to park, and neighbors were getting annoyed with people parked outside of the trailhead lots.”

Adams County doubled the size of its parking lots at its large open space parks. The parks department expanded staffing to cover weekends, and Fanning accelerated what he planned as a gradual culture shift when he started in the role in 2019.

“We taught our users that they needed to clean up after themselves and we did that by putting in the same effort, properly staffing the parks and increasing maintenance,” he said.

The county’s Murals for Hope program not only commissioned work by local artists, but the placement of the artwork motivated park users to explore new areas.

“As we got deep into the pandemic, we realized there were a lot of people using our system, but the community was in a dark place,” Fanning said. “Deep into 2020, we started to wonder if this was ever going to end, and what this was going to do to us as a whole. How are we going to come out of this? We felt we needed to do something to give our community hope.

“These 13 murals gave people something to move forward to, gave them new destinations, on the farther outreaches of the trails, encouraged people to explore more.”

And a wood carving of Sasquatch at Riverdale Regional Park became a minor social media celebrity.

The murals have also discouraged graffiti, which alleviated the need for maintenance in areas where they were added.

“We want to find a way to use parks and recreation as a way to make our community more healthy,” Fanning said. “People really appreciated that.”

Shifts in the labor market have affected county parks, though. Vlaming said 42 percent of park systems have reported increased staff resignations, mostly motivated by salary needs. Most of those reductions are for full-time staff members, and seasonal workers have been harder to recruit. Bonnell said Jefferson County did away with the seasonal work entirely.

“We have to pay $15, and if we really want someone, we have to pay $18 which can bust our budgets, so as a result you have planning staff out in the field doing planting work,” Vlaming said. “Our agency has been shuffling staff all over the place.”

He did say, however, that 60 percent of parks departments anticipate increased budgets in the future, if not commensurate with increased visitation and costs. Roughly 43 percent of county-run parks departments have made use of American Rescue Plan Act funding, though park districts are eligible only through their member counties to do so.