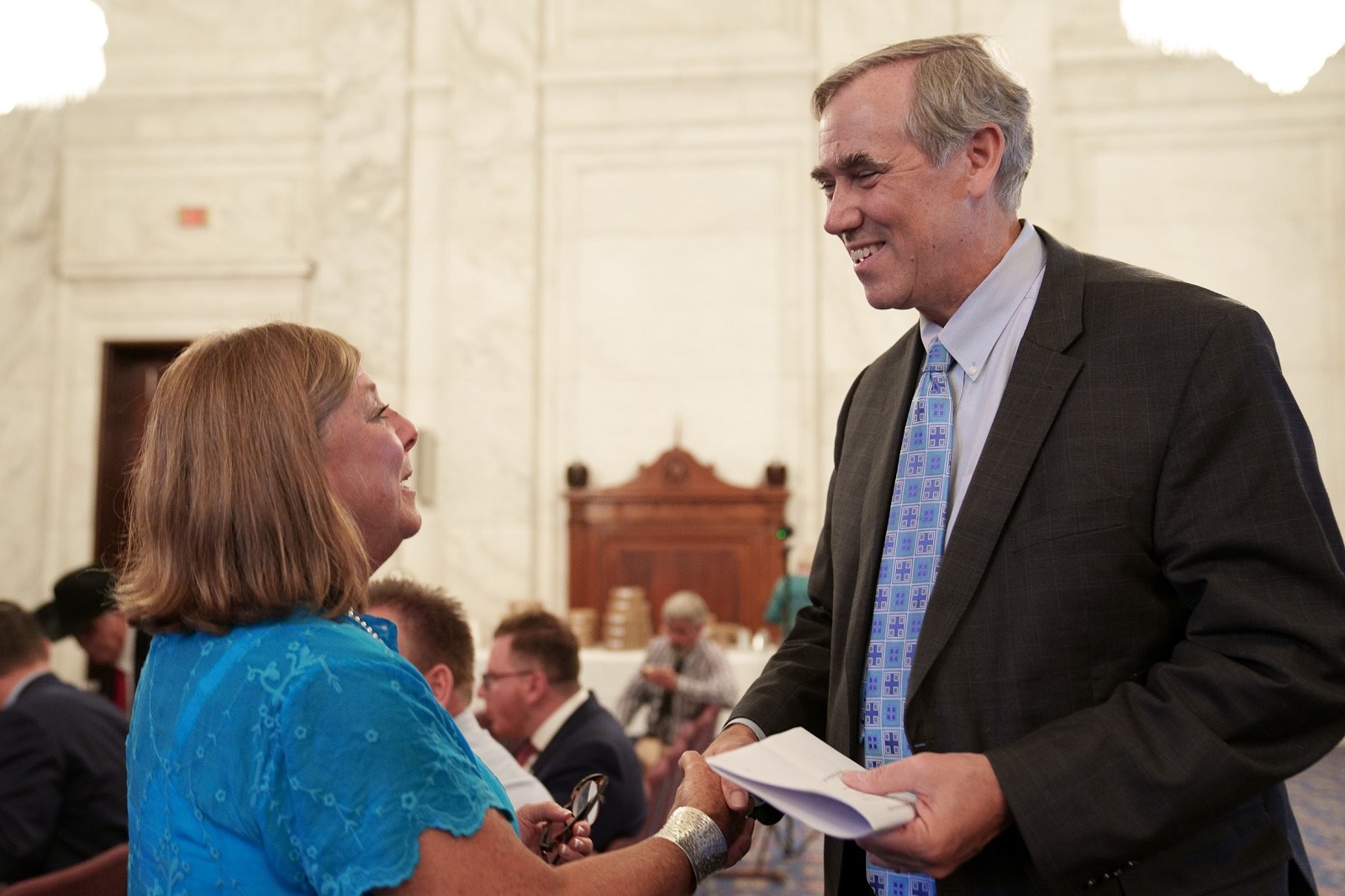 County officials traveled from across the country to advocate on Capitol Hill Sept. 15 for the Payment in Lieu of Taxes (PILT) and Secure Rural Schools (SRS) programs during NACo’s annual PILT fly-in.

Congress has fully funded the program since 2008 and it’s relied on by 1,900 counties, the majority of which are rural counties in the West. PILT received just shy of $550 million for the 2022 fiscal year.

“I think it’s worth acknowledging PILT payments aren’t earmarks –– they’re not handouts,” Kilmer said. “They’re simply the federal government paying its fair share to communities that might otherwise struggle to generate revenue, because their communities are made up of a bunch of federal land.”

Merkley thanked the county officials for their dedication and urged them to make the most of their time in D.C.

“As I like to ponder it, everything easy is already done, so when you’re in public service, you’re still wrestling with one difficult challenge after another,” he said. “Thank you for taking that on for the strength of your community, your state and your country.

“…I just want to say to all of you, as you go about your meetings now that you’ve come here to stress the PILT program, please make sure you connect with special attention to those from your home state of course, because we need those members of Congress lobbying to the members of the Interior subcommittees of the Appropriations Committees in both houses [of Congress].”

In his address to his fellow county officials, Bousman noted the costs of rescuing visitors from public lands, such as the Bridger-Teton National Forest located in Sublette County.

“We’ve rescued an individual who went over a waterfall and was stranded in the middle of a creek in high water using our helicopter, and we have rescued multiple wounded horseback riders that would probably not have received timely medical attention otherwise,” he said. “SRS provides local government with the resources to protect and save lives in these dangerous situations.”

“We have fiscal year 21, 22 [funded], but what happens at the end of that?” Merkley said. “We have to pull another genie out of the hat and make sure we get a vote on the floor of the Senate, the vote of the House.”

“Not just a funding solution that provides revenue, but we also want this to be something that will really make our forests work again,” Shuffield said. “We want to make sure that our solutions are creating jobs and local communities but also creating revenue for the government and making our forests healthier.”

Over nine million schoolchildren rely on SRS to keep teachers in their classrooms.

“We want to make sure that young people can grow up in a community and stay in that community and have opportunities,” Kilmer said. “That’s really the direction here of these programs that you’re advocating for –– making sure that the futures in Port Angeles, Wash. or Forks, Wash. or any of your communities can be just as bright as people who live in New York or Silicon Valley.”

SRS title III county funding goes toward the Firewise Communities program, which educates homeowners on steps to reduce vulnerability to wildfires, including landscaping, community planning and home structure and design. Sve spoke to how much the program has benefitted Lake County, particularly during the 2021 Greenwood Fire.

“Some of the structures that had taken advantage of Firewise survived the fire when their neighboring properties did not,” Sve said. “I had the fortune, or misfortune however you want to look at it, in viewing some of those properties personally, and it’s really outstanding when you walk up to a Firewise property and the grass is still green and it’s nothing but a smoldering ruin right next door.”

Kilmer joked that he represents more trees than people and spoke to his personal investment in PILT and SRS funding.

“I grew up in Port Angeles, Wash.,” he said. “Both of my folks were schoolteachers, and when I was in high school was right around the time the timber industry took it on the chin. And so, a bunch of my friends’ parents lost their jobs, a bunch of my neighbors lost their jobs and it had a big impact on me. It’s actually what led me into public service when I was in college. My senior thesis was how to help timber towns in Washington state.”

While the House passed an interior bill that includes full PILT funding, it’s important to keep the pressure on members of Congress, so that funding stays in any final bill, Kilmer said.

“Counties in my neck of the woods need those funds so that kids can have access to great teachers, so that businesses can have access to the infrastructure that they need to be successful, so that families can feel safe, so that there’s actually law enforcement funding in their communities,” Kilmer said. “…You shouldn't have to choose between paying police officers or teachers or buying textbooks or fixing roads, between funding for the fire department or investing in basic infrastructure.”