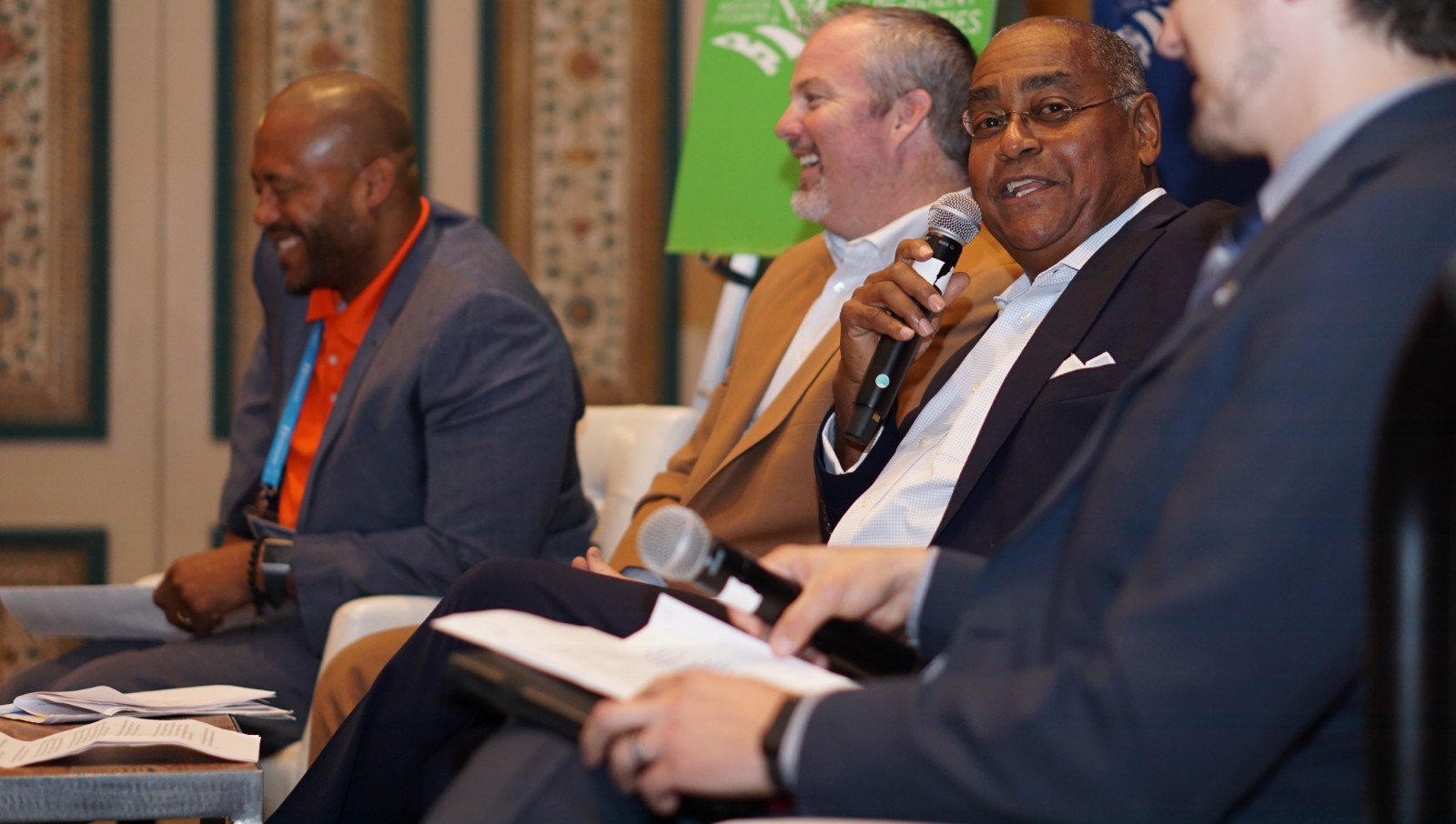 In order to filter by the "in queue" property, you need to add the Entityqueue: Queue relationship.
Floods topped discussions at the Resilient Counties Lunch

After running down a number of statistics on Hurricane Harvey, which decimated his county in August 2017, he said: “I can summarize it by saying it was hell.”

The hurricane dumped 33 inches of water on the county in four days. “The amount of water that came down amounted to the flow of Niagara Falls over an entire year,” he said. “We were fortunate to have not lost more lives.” It was the second largest natural disaster outside of Hurricane Katrina.

On the one-year anniversary of the hurricane, Harris County voters passed a $2.5 billion flood infrastructure bond to help protect the area during future storms. And regulations on new construction are being tightened, he said. Harris County Commissioners approved tougher development rules in floodplains starting immediately and lasting at least until 2021.

Fellow panelist Douglas County, Neb. Commissioner Chris Rodgers had his own flood stories to tell. A 12-inch snow, followed by mild weather and several days of rain in March earlier this year was a recipe for disaster, he said.

“I wake up, look at the TV at 4 o’clock in the morning and head down to the emergency operations center,” he said. People were cutoff after roads were closed due to flooding and many had to be rescued. In the aftermath, there was about $150 million in road damage, he said.

“We never saw anything that happened like this,” he said. The county held a town hall last month to explain how property tax relief, thanks to a new state bill recently passed, could help homeowners whose homes were damaged.

After flooding, debris removal is crucial and often there aren’t enough workers available to get the job done, he noted.

Counties also need to look into pre-disaster mitigation programs at FEMA, he said, noting that counties don’t want to miss an opportunity to go after such funding. Any FEMA consultants need to be lined up before disaster strikes your county, he advised.

Gore said that county officials sometimes need to wake up their constituents if they aren’t doing their part. Recently he intentionally used foul language to describe his frustration over noncompliance by residents with fire safety rules to reduce the risk of wildfires. He knew it would get the attention of local media and he was right.

Only half of the properties inspected in a month-old program were in compliance with county rules requiring owners to create firebreaks around their homes, the county’s fire marshal told Gore and other supervisors.

Nearing the second anniversary of the 2017 wildfires that killed 24 people and destroyed 5,300 homes, Gore said “I’m not gonna use words like ‘concerned.’ “I’m actually pissed that more people aren’t doing more. … If you get burnt, and you are not clearing your land, you can’t call yourself a victim on the other side of it.”

Ellis echoed those remarks, telling NACo members: “It’s tough talk for people, if it means you don’t get reelected... just do right and suffer the consequences.”