Counties left in the dark when 911 fails 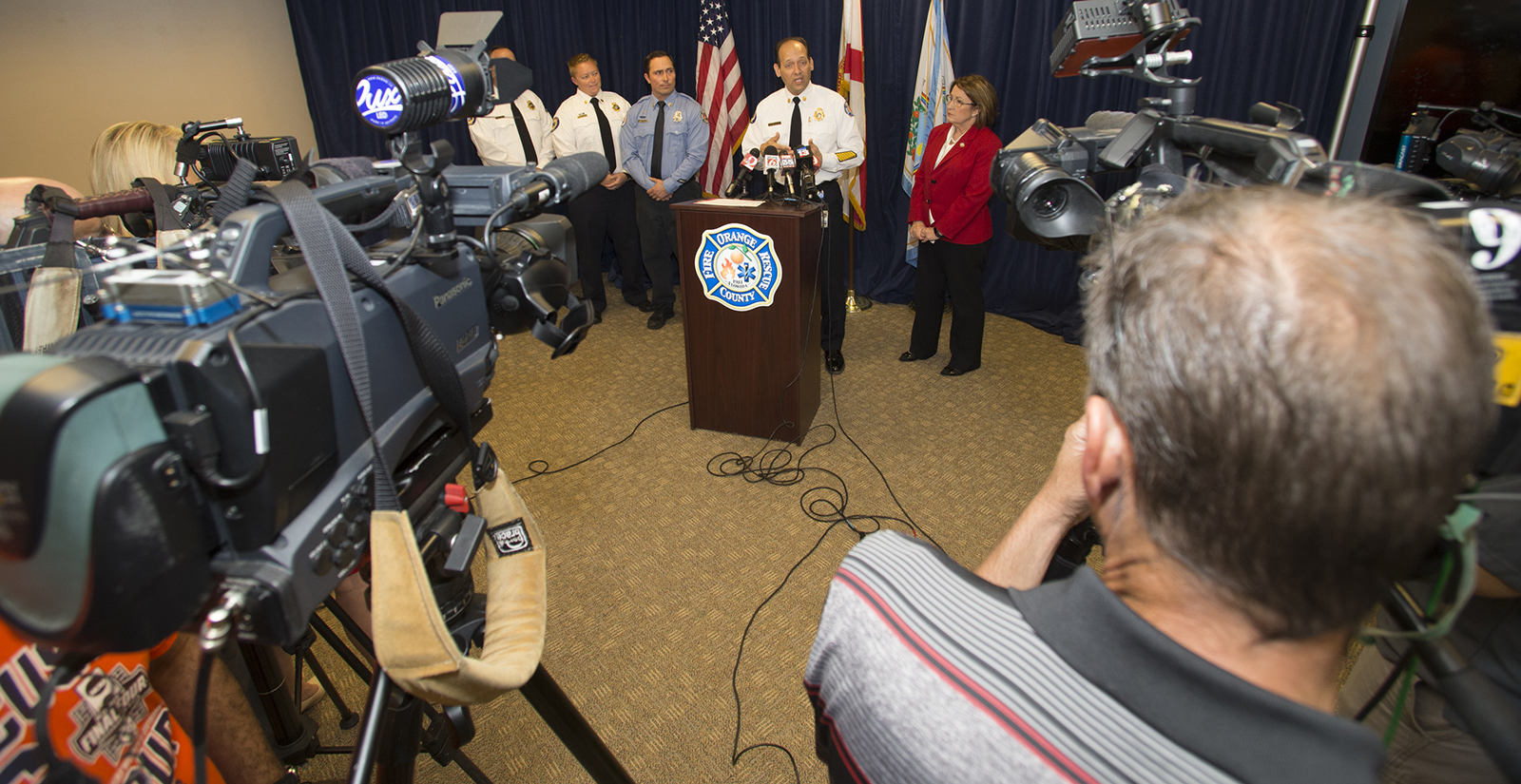 County first responders to FCC, cell companies: Tell us when 911 goes out

The Federal Communications Commission is investigating an AT&T 911 outage March 8 that left counties across 13 states scrambling to get the word out to residents and deal with emergencies after the company failed to notify local governments or its customers in a timely manner.

FCC Chairman Ajit Pai spoke with the company’s CEO the night of the outage and said he stressed to him the “urgent need to restore service and to communicate with first responders, as well as AT&T customers, about the status of operations.”

Got an opinion to share on this topic? Send your message to the FCC.  Specify proceeding (docket number) 17-68 on the second line.

“I’m glad to see the FCC is looking into this issue,” said Orange County, Fla., Mayor Teresa Jacobs, who has aired her concerns in a letter to the FCC and in a conference call with the agency.

In addition to Jacobs, officials in Colorado, Minnesota, Nebraska, New York, North Carolina, Pennsylvania, Texas and Washington, D.C., have also weighed in with their concerns in letters to the FCC.

When the outage hit March 8, Orange County contacted AT&T and scrambled to get the word out to their residents, saturating the county with alternative emergency numbers via Twitter and crawls on local TV news stations.

The 911 outage not only put residents in danger, but tourists as well, Jacobs noted. Orange County’s population doubles when tourists hit the area looking for sun and fun and she notes it’s an “awesome responsibility” to protect them. “They need to know they’re arriving into a developed country,” she said.

When customers called 911 March 8, a few were helped by a backup system, but most — the FCC said 12,600 people tried to call — heard a busy signal or a ring that went unanswered across counties in California, Colorado, Florida, Maryland, New York, North Carolina, Pennsylvania, Tennessee, Texas, Virginia and Washington, D.C. and other states.

There does not appear to be a system in place to hold companies responsible for contacting local governments when an outage occurs.

Jacobs and other county officials hope to see that change.

“In addition to examining the actual malfunction of their system, I’d like to ask for a comprehensive review of AT&T’s failure to alert its customers and impacted public safety agencies in a timely fashion,” Jacobs wrote in her letter to the FCC.

Jacobs and other Orange County, Fla. officials held a conference call last month with the FCC about the 911 outage, to discuss the impact it had on the county, and walked the agency through how they only found out about the outage during an emergency and not from AT&T.

A family in Orange County, suffering a medical emergency, set off their home alarm in hopes of contacting emergency responders, after nine failed attempts at calling 911, county officials said. “I’m not sure I would have had the presence of mind to set off that alarm,” Jacobs said.

The home alarm company contacted the Orange County Fire Department, which triggered a visit from Orange County Fire & Rescue Engineer Matthew West and Lt. Jeff Kelly. West and Kelly contacted the county at about 6 p.m. to let them know that 911 service was down. At the same time, one of Jacobs’ sons, who recently became a firefighter, called her to tell her 911 service was down.

Orange County tried to contact AT&T for more information. When they weren’t able to get in touch with the carrier, they made their own announcement and contacted the media to get the word out. Local TV stations ran the county’s message, a visual crawl that contained local emergency phone numbers to call.

The March 8 outage also hit the D.C. metro area. Local government officials worked to get the word out, just like Orange County. Public information officers in Northern Virginia’s Arlington, Fairfax, Prince William counties, and in Maryland in Prince George’s County and Montgomery County, as well as D.C. officials, took to Twitter to get word out to area residents. Residents’ options included calling 911 using another cell carrier, using a landline or dialing a local phone number.

Orange County said that AT&T finally contacted them hours after the outage started — in an email with no contact information. AT&T tweeted out a message at 9:49 p.m. ET hours after the outage had started: “Aware of issue affecting some calls to 911 for wireless customers. Working to resolve ASAP. We apologize to those affected.”

After the FCC began its investigation, AT&T and Comtech suggested that the FCC “and other interested 911 entities and/or trade associations join in pursuing a solution to the notification database management problem.” The companies say it’s problematic for them to try to contact hundreds or thousands of public safety officials.

Jacobs, in her letter to the FCC, wrote that wireless carriers should be held legally responsible for immediately notifying their customers and impacted public safety agencies. She points out that if wireless carriers can send out messages letting customers know they’re about to reach their data limit, they can notify them when 911 service is out. “They have the tools at their disposal,” she noted.

In comments filed with the FCC as a result of the outage and investigation, AT&T said:

“A best-practices approach could yield more effective notice procedures, while maintaining the flexibility that carriers and PSAPs need to address the varying circumstances that could develop in the wake of an outage.

“To further facilitate timely communications to consumers in the event of an outage, the Commission should also consider creating and maintaining a database of PSAP contacts for use by providers. A centralized, coordinated effort could provide for accurate and consistent points of contact across industry, and facilitate timely notification to consumers in the event of a 911-impacting outage.”