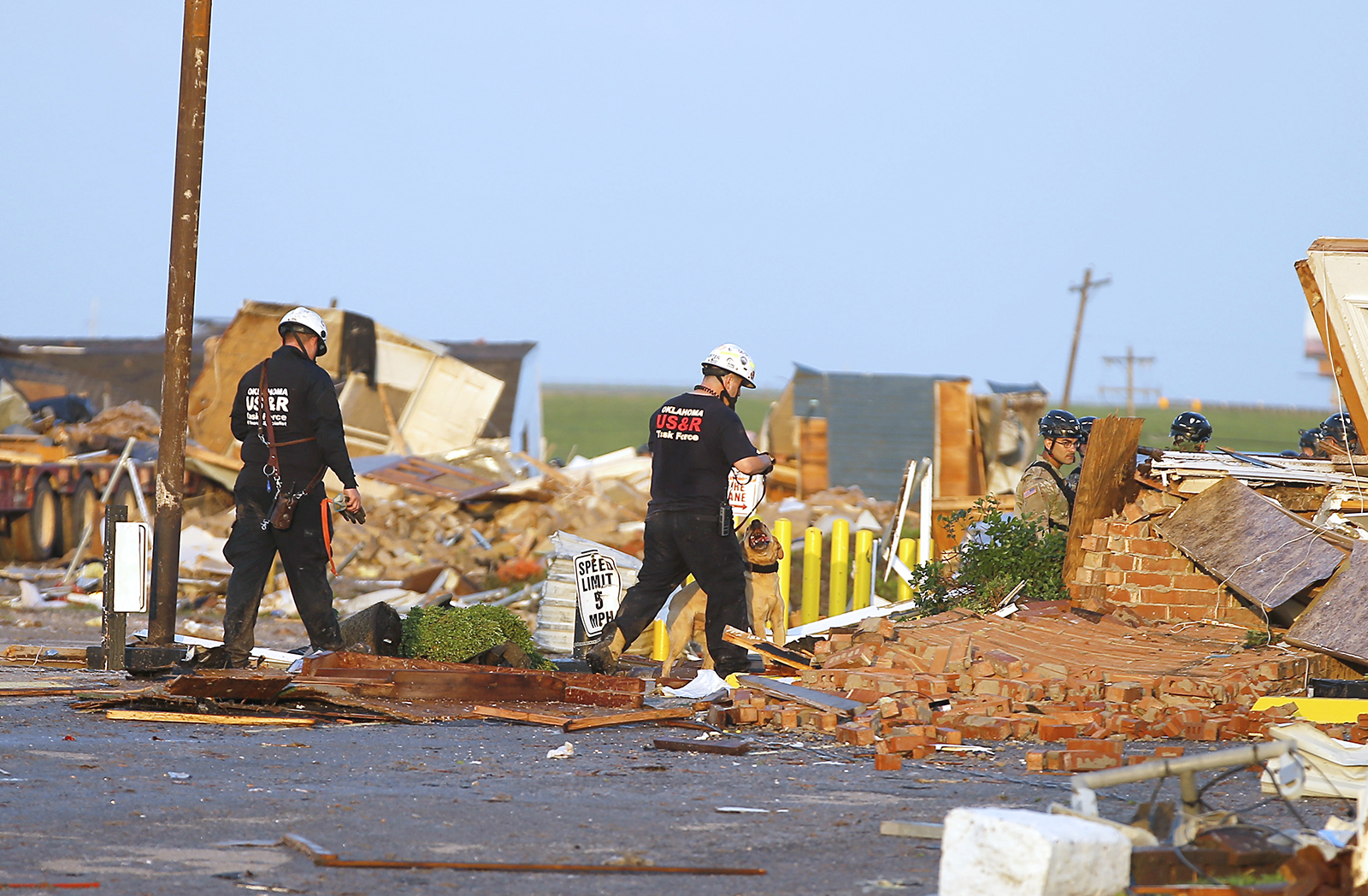 Workers clear debris May 26, in the aftermath of an EF-3 tornado that hit El Reno in Canadian County, Okla., at the American Budget Value Inn. Two people died at a nearby mobile home park that was also destroyed. Photo by Bryan Terry, The Oklahoman

In order to filter by the "in queue" property, you need to add the Entityqueue: Queue relationship.
We’re just trying to get everyone to where we can get them situated, back home or to a home for those that have been totally destroyed.” - Cole County EMS about the May tornadoes

A recent influx of tornadoes throughout the month of May has devastated counties across the country, from Idaho to New Jersey. More than 200 tornadoes hit at least two dozen states between May 16 and May 29, according to The Weather Channel. Deaths were reported in Adair County, Iowa; Barton County, Mo.; Mercer County, Ohio; Canadian County, Okla. and Payne County, Okla. and elsewhere.

In the Midwest, an EF2 tornado struck May 20 at Greer County, Okla. The tornado destroyed two homes and damaged two others, according to Glynadee Edwards, Greer County Emergency Management director.

If you are interested in helping those affected by tornadoes, contact the American Red Cross Disaster Relief at 800.REDCROSS (733.2767) or call 211.

“I feel for the people who lose their houses,” Edwards said. “We’re lucky that no one was injured.”

The tornado hit the county’s fairgrounds damaging the roof and destroying the exhibit hall. It also destroyed an ag farm at the fairgrounds, killing one hog.

Cole County, Mo. and Barton County, Mo. were hit May 22 with an EF3 tornado. The tornado damaged an estimated 2,500 buildings, said Bill Farr, Cole County Emergency Management director. There were no confirmed deaths.

Helping residents “We’re just trying to get everyone to where we can get them situated, back home or to a home for those that have been totally destroyed,” Farr said.

An EF3 tornado hit El Reno May 25 in Canadian County, Okla. The tornado was on the ground for 2.2 miles and was 75 yards wide, according to The National Weather Service. Emergency Manager Andrew Skidmore said there were two fatalities in the county.

On May 27, an EF4 tornado with maximum wind speeds of 170 mph hit the Dayton area in central Montgomery County in Ohio and traveled 19 miles, according to the National Weather Service. The Associated Press reported one fatality.

The following day, another EF4 tornado touched down in Kansas, including in Leavenworth County, Douglas County and the Unified Government of Wyandotte County and Kansas City in Kansas.

Douglas County Commissioner Michelle Derusseau said the tornado traveled in a diagonal direction and was one mile wide by the time it reached the center of Douglas County.

“It made it difficult to find at first because it was rain-wrapped,” she said, which occurs when a heavy rain masks the tornado. Homes were destroyed in a rural area of the county, and there were 17 reported injuries.

“Unfortunately, when some of them came up out of their basement or their storm shelters, there wasn’t much left,” Derusseau said.

The tornado tore through Leavenworth County, where it reached 170 mph winds and had a destruction path more than 30 miles long, said Kim Buchanan, deputy director of Leavenworth County Emergency Management. Buchanan said 38 homes were completely destroyed and 132 outbuildings, which includes barns, detached garages and sheds were completely destroyed. There were three minor injuries as a result of the tornado.

‘Bent but not broken’

“That night, I had never heard of so many people being rescued from being trapped in their basements,” Buchanan said. The soil in the county was heavily saturated, which uprooted a number of trees. In one area of the county, the tornado bent a flagpole, but it remained standing.

“We’re calling it, ‘Bent but not broken — Leavenworth County,’” she said.

There was minimal damage to the Unified Government of Wyandotte County and Kansas City, Kan., which is made up primarily by Kansas City. Bonner Springs, a small community in the county, suffered the most damage, with downed trees and powerlines, according to Assistant County Administrator Gordon Criswell. There were no reported injuries.

Storms produced tornadoes that hit Van Zandt and Kaufman counties May 29 in Texas.

The tornado in Kaufman County was classified as an EF2, according to Steve Howie, the county’s emergency management coordinator. It damaged a total of 26 homes, completely destroying four. One person suffered minor injuries.

“You think you have it all wrapped up and you’re ready to go home and then it hits another area,” he said.