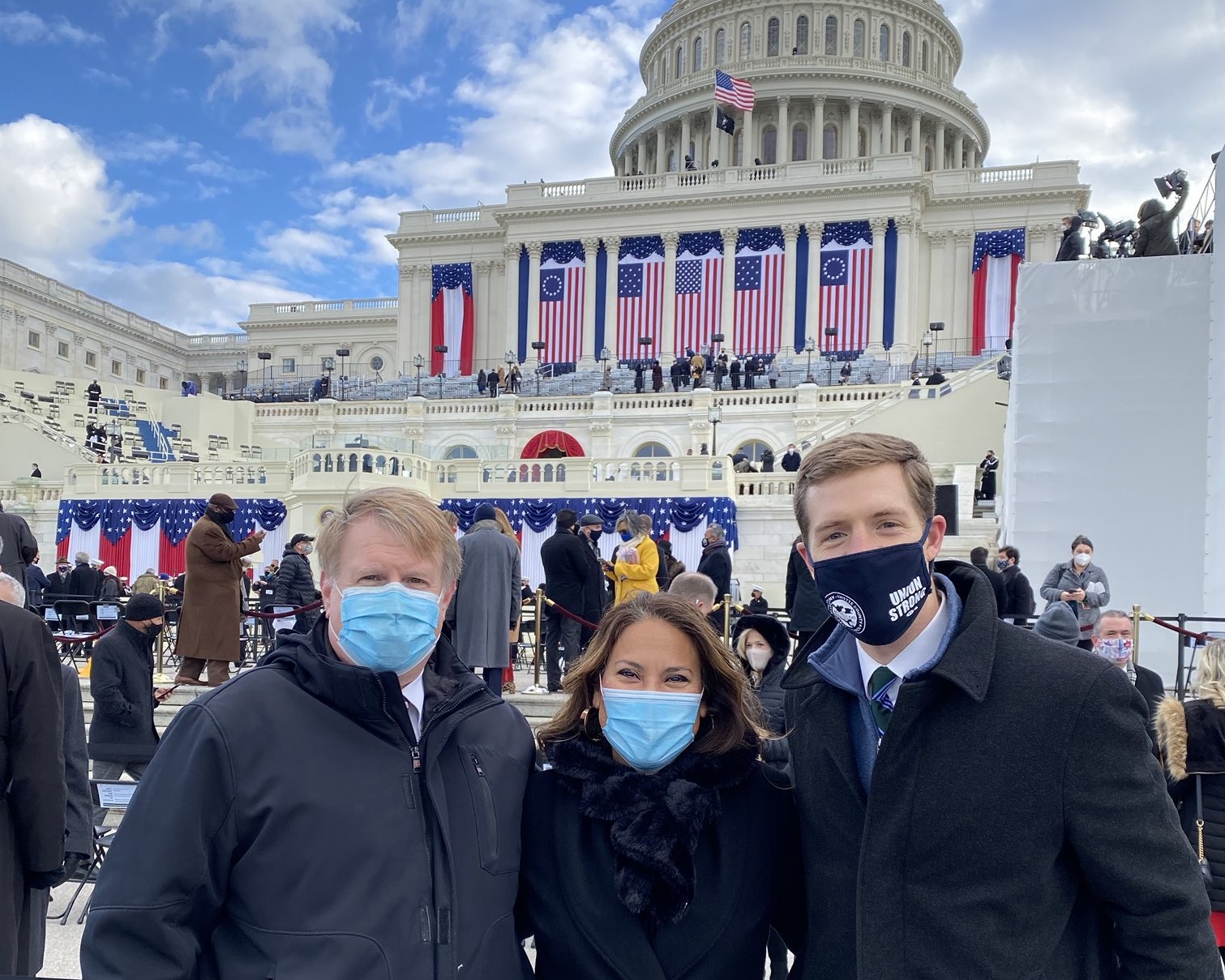 In order to filter by the "in queue" property, you need to add the Entityqueue: Queue relationship.
Tensions, and security measures, were at a peak surrounding Inauguration Day in Washington, D.C. and counties nationwide.

Last week, Allegheny County, Pa. Executive Rich Fitzgerald arrived in Washington D.C. one day prior to Inauguration Day to a very different atmosphere than the last ceremony he attended in 2013.

This time, Fitzgerald saw an abundance of armored vehicles and bomb-sniffing dogs in addition to the large presence of law enforcement officials and National Guard members who were stationed in the nation’s capital following the Jan. 6 riots at the U.S. Capitol.

With COVID-19 numbers reaching all-time highs and reports of potential threats of violence on Inauguration Day, health and safety concerns were a priority for both President-Elect Joe Biden and Vice President-Elect Kamala Harris’s swearing-in ceremony and in counties nationwide.

Fitzgerald received a COVID-19 test before attending the ceremony with Pennsylvania Rep. Conor Lamb, who was only allowed to bring one guest.

“I thought it was important for me to be here representing southwestern Pennsylvania and the peaceful transfer of power,” Fitzgerald said.

As an added precaution, Fitzgerald brought his security detail to D.C.

“I’ve never really taken them on an overnight trip to D.C. or Harrisburg… but this time it was recommended that I take them with me,” he said.

Other county law enforcement agencies also had a presence at Inauguration Day to assist with security efforts during the event. The D.C. Metropolitan Police Department (MPD) requested assistance ahead of the ceremony and 40 deputies from the Mecklenburg County, N.C. Sheriff’s Office responded.

“We are proud to be called upon for this prestigious event and have been coordinating and planning with MPD before sending our team to Washington D.C.,” Mecklenburg County Sheriff Garry McFadden said.

Other county public safety officials took precautions in their own communities including in Buncombe County, N.C., where members from the sheriff’s office participated in a briefing offered by the FBI to determine if there were any threats to the county.

Buncombe County law enforcement officials agreed on an enhanced community security plan which included heightened presences at the courthouse and other city and county locations.

Right outside of D.C., Arlington County, Va. closed its courthouse and government center as well as government offices, courts, libraries and facilities for Inauguration Day.

The Arlington County Police Department also deployed increased resources throughout the county, collaborating with local, state and federal law enforcement and intelligence agencies to stay connected and informed about any safety concerns.

With the historic courthouse currently under renovation, the sheriff and board of supervisors decided to take the precaution in the case of any incidents.

“It’s better to be prepared than surprised,” Evans said.