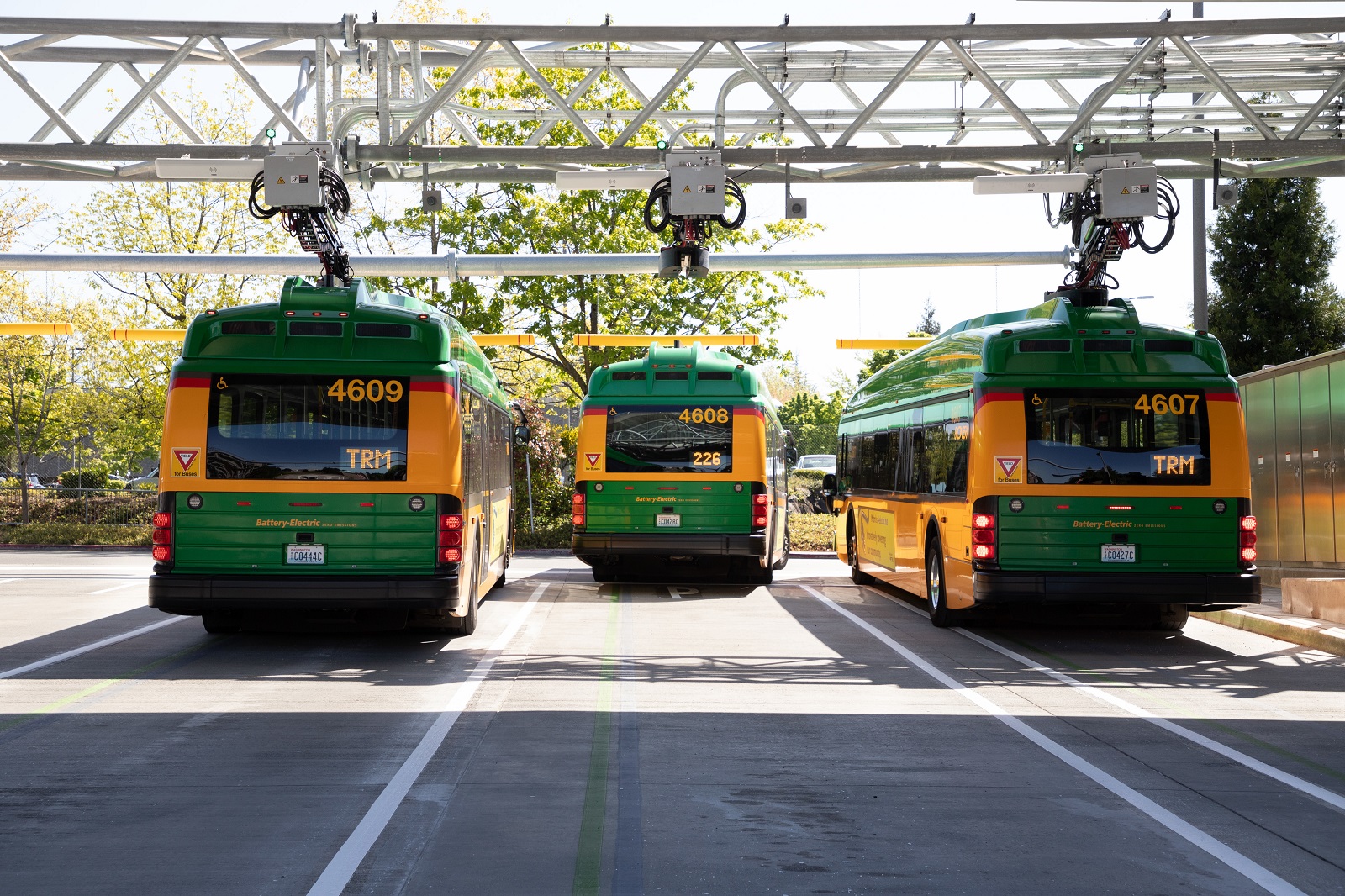 King County, Wash. is working to reduce countywide emissions by electrifying its bus fleet by 2035.

On Earth Day, President Joe Biden announced the United States will set a goal to reduce 50 to 52 percent of U.S. emissions by 2030.

In alignment with the president’s goals, local governments are making their own efforts to contribute to the country’s overall objective.

Miami-Dade County, Fla. Mayor Daniella Levine Cava made a similar announcement on Earth Day regarding emissions in the county. She announced the release of a draft of the Miami-Dade strategy with a short-term goal of cutting countywide emissions in half by 2030 and a long-term goal of reaching net zero carbon emissions by 2050. The strategy calls for creating green jobs and improving the health and quality of life for residents.

“We have a very big stake in national and international commitments to reduce greenhouse gas emissions and we are aware, to preserve and protect this little piece of paradise that we call home, will require us to take some dramatic action immediately,” Levine Cava said during a press conference.

The plan focuses on reducing emissions in three key areas including transportation, buildings and waste.

In King County, Wash., the county council approved a toolkit earlier this year that provides guidance on reducing emissions specifically for local governments.

The toolkit identifies five steps that cities or counties can take when working to reduce emissions that focus on understanding a community’s emissions, assessing and strengthening a community’s level of commitment, developing a climate action strategy tailored to a local community, implementing emissions reduction actions and measuring and reporting on progress.

Rachel Brombaugh, director of King County’s Climate and Energy Initiatives, served as the project lead for the toolkit and said it provides a guide for local governments to measure their emissions, manage emissions and work with communities to reduce them.

The county worked with the King County-Cities Climate Collaboration, which focuses on climate policies and initiatives, to form the toolkit, she noted. The group includes 16 cities and the port of Seattle.

The collaborative effort ensures the toolkit identifies core elements needed to reduce emissions that speak appropriately to local governments and provide examples of actions that could be impactful, she said.

“We have a lot of work to do to get these emissions down and a big part that’s really been a headwind for us has been the population growth that we’ve experienced,” she said. “With people moving to King County, everyone brings their own portfolio of carbon emissions with them. It just makes the work even more urgent.”

In 2014, King County Executive Dow Constantine announced a goal to reduce countywide emissions in half by 2030 and by 80 percent in 2050.

Since announcing the goal and since the county’s last emissions inventory in 2017, Brombaugh said emissions have only slightly decreased.

“What’s neat about it [the climate action toolkit] is that it takes the framework of our 50 percent reduction by 2030 and looks at different sectors and really actionable strategies that cities can take that are appropriate for that city,” Brombaugh said.

She referenced how Biden’s plan focuses on infrastructure, which is within the wheelhouse of local governments.

“For counties and cities, we’re looking at specifically some of those actions that we can take and influence,” she said.

Brombaugh said the county sees an opportunity to reduce emissions specifically with transportation and plans to electrify its bus fleet by 2035.

“We can work to make sure that transit is available, fast and clean,” she said, noting that making an investment in transit systems and making good use of the land available for transportation projects will benefit the county and help meet emissions goals.

She highlighted the importance of local governments involving their communities when beginning this process and following the steps in the Climate Action Toolkit.

“Nothing will work without the cooperation of residents and businesses and the cities in the county and your local government partners,” she said. “If people aren’t bought into it, it’s going to be an even more uphill battle.”

In King County specifically, the county involved community members and engaged with stakeholders through public workshops to meet with frontline communities disproportionately impacted by climate change.

“We had a lot of outreach, that’s just how we increasingly make sure that we are touching as many groups as we can in order to craft the goals,” she said.

When following the toolkit and seeking to reduce emissions, Brombaugh advises local governments to tackle the “low-hanging fruit” such as replacing light bulbs with LEDs or adding electric vehicle chargers when it at first it may seem challenging to get hung up in the details of completing an emissions inventory.

“Don’t be afraid to start with small steps and then learn how to take those bigger steps, to run later,” she said.