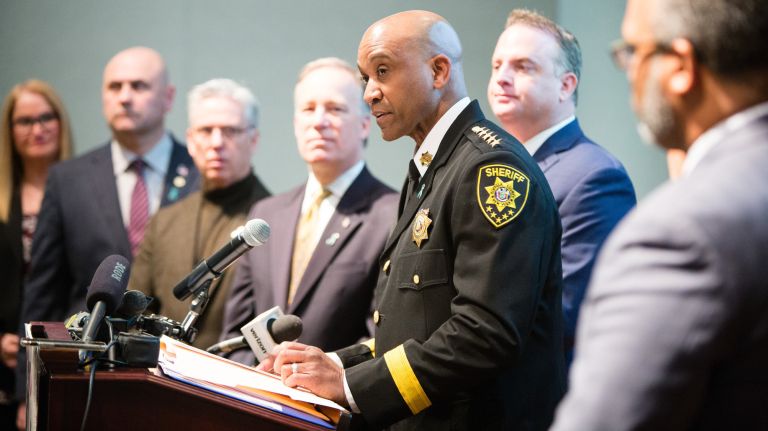 Debra Moses believes in the Richland County, S.C. Sheriff’s Advisory Council. For the past five years, she’s been offering her input into how Sheriff Leon Lott’s deputies interact with the community, how the department staffs itself and how discipline is handled.

For her, the time she spends is an endorsement.

“I’m retired,” she said. “If I didn’t think that this council wasn’t important, I wouldn’t be wasting my time with it. It’s a way I can help improve our county and offer my voice and opinion.”

As the nation reckons with racial disparities in the criminal justice system, many calls for reform include citizen review boards of law enforcement agencies, one of the recommendations to come out of the 2015 President’s Task Force on 21st Century Policing.

That task force was born from the 2014 death of Michael Brown, unarmed, in St. Louis County, Mo. at the hands of a police officer, similar to George Floyd’s death in May in Minneapolis.

While cities have formed dozens of police review boards, only 11 counties, along with two city-county consolidated governments, have done so. Reflection after Floyd’s death, though, has more counties considering it.

On June 16, the Miami-Dade County, Fla. Board of County Commissioners voted to approve, with a veto-proof majority, a preliminary measure creating an independent civilian panel that would review complaints against Miami-Dade police officers and allow county staff to investigate claims. The Miami Herald reported that the county would fund the panel with at least $7.59 million. The county’s previous review board was cut in 2009 during the Great Recession.

“Any time you can have an independent party that can independently evaluate the functions of a law enforcement agency, I think that’s a good thing whether that’s a county or a city,” said Michael Gennaco, a founding principal of the OIR Group, a firm that evaluates law enforcement agencies. Gennaco previously served as chief attorney of Los Angeles County’s Office of Independent Review.

Because most counties directly elect sheriffs, there’s little county boards or administrators can do to prompt sheriffs’ offices to adopt review boards, leaving most to do it voluntarily or to meet a federal consent decree. The city and county of Denver, for example, has an appointed sheriff, which allowed the mayor to impose a review board on the office.

“That creates some complexities,” Gennaco said. “Any sheriff could do with the support of a board. I think they’d be supportive, by and large. I would advise against the sheriff being involved in the selection process, I don’t think that bodes very well for the appearance of independence. The administrative office of a county can do that work.”

“Traditionally oversight had been largely community review boards, they often have access issues,” he said. “It’s hard for a well-respected community member of goodwill to develop a skill set to have meaningful input into what’s becoming a more and more complicated profession.”

“We discuss a lot of the things that are going on in the county, what’s working well, what’s broken,” she said. “We’ll give our feedback on the actions deputies have taken, we’ll get to see footage and make recommendations for disciplinary actions or termination.”

She said the crucial part of assembling an effective review board has been finding people in the community who aren’t shy about sharing their views or concerns.

“We want to make sure our recommendations are fair, and we put a lot of thought into the feedback we give the sheriff,” she said. “It’s our community and we want it to be a good place to live, make sure our property values reflect that.”

Moses was surprised that Lott invited the council to weigh in on hiring.

“It’s important that we make clear to everyone who works there that they need to understand the cultural perceptions of authority, and that goes the other way, too,” she said.

Moses helps lend insight into the county’s large African American community and the experiences of individuals with mental and physical disabilities, a community she worked with professionally.

“The deputies need to know that how they approach people won’t be perceived the same way all the time,” she said.

Suffolk County, N.Y. Sheriff Errol Toulon is recruiting members of the public for a new Sheriff’s Community Advisory Board.

“I want to give them a better understanding of the sheriff’s office and to talk about those hard issues people don’t want to talk about,” he said.

He reached out to schools and at public meetings, a staple of his first two-plus years in office, and he was concerned in the aftermath of Floyd’s death and subsequent backlash against law enforcement.

“I am hoping the goodwill we had established hadn’t been jeopardized,” he said. “I felt it was important to bring in community stakeholders to at least talk about whatever issues they were concerned about.

“We don’t want finger pointing,” he said. “We know there are mistakes in any profession, but we want to make sure we can talk about things.”

For Toulon, he sees the board as a two-way street, soliciting feedback from the public on training and supervision — two critical areas he says can destroy a law enforcement agency — and helping residents understand his deputies’ responsibilities, which differ from those at the county police department.

“We don’t want to be close-minded and say ‘We’re law enforcement, we know what’s right,’” he said. “But I understand the anger. People are saying ‘enough is enough,’ and law enforcement is frustrated that we’re all painted the same way.”

On top of the systemic benefits that public feedback can offer law enforcement, Gennaco said there’s savings to be had in oversight, even if it involves hiring a firm.

“It provides a layer of independence and serves a risk management function,” he said. “That can result in reduced exposure from a civil liability perspective. Just preventing one of those messy judgments or settlements is a cost-effective way of doing business. It more than pays for itself.”