The Census Has Already Been Completed! 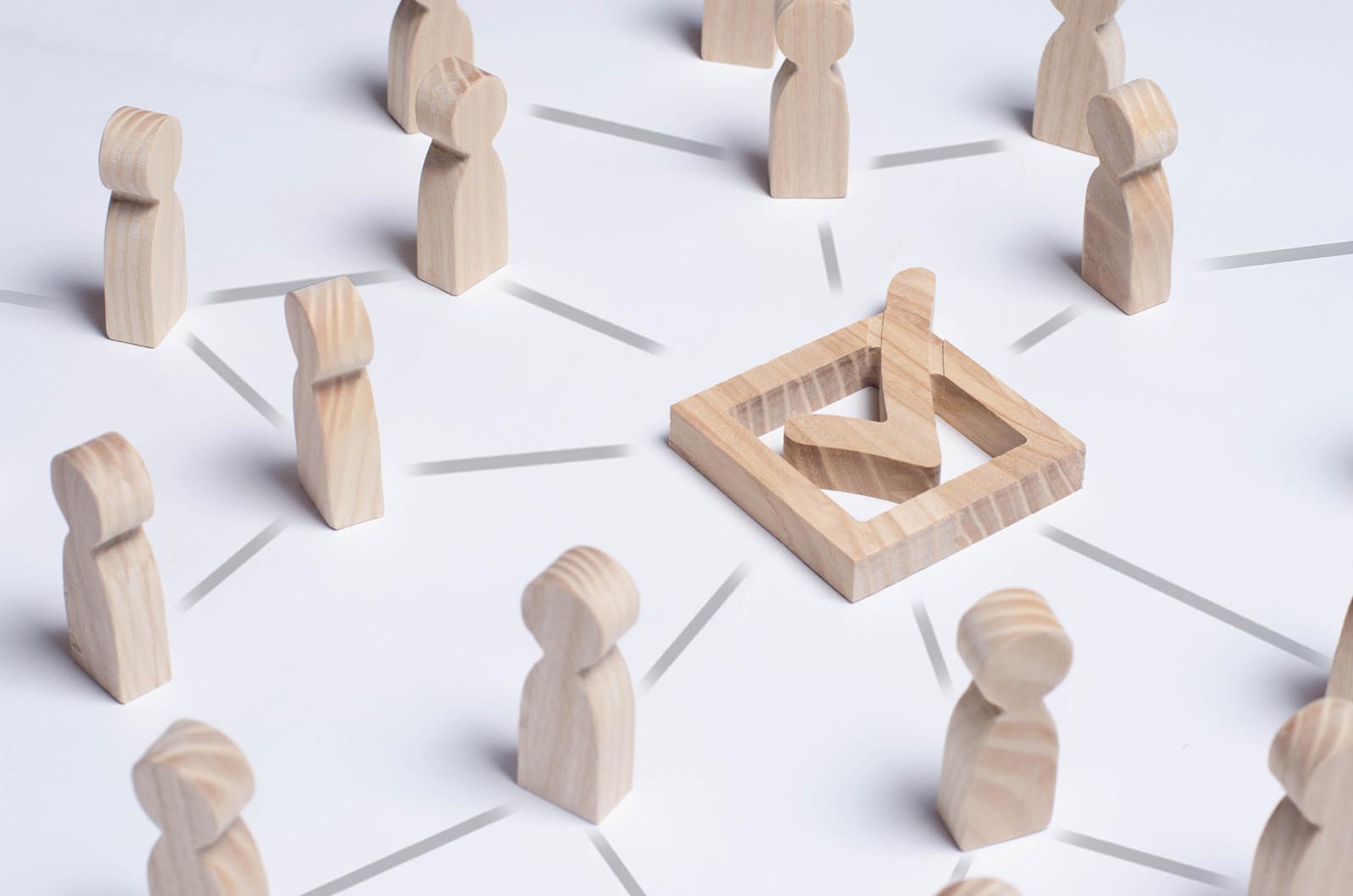 Before there was a president and before there was a judicial branch of American government, there was an amazingly important requirement created in the very first Article of the U.S. Constitution, in the very second Section. Section 1 says there will be a Congress, however that Section does not help us understand how membership in the House of Representatives is to be apportioned or how a reasonably fair allocation of tax expenditures and other things are to be accomplished. That is left to the important work established in Section 2 — that there will be an enumeration of population otherwise known as a Census.

The idea of having a Census is not at all new. In fact, it is very likely one of the defining characteristics of our move from the Stone Age into a Bronze Age “civilization.” The idea of civilization has some important defining characteristics such as the shift from a nomadic hunting and herding way of life to a more permanent village, tribal, town form of existence. That required a concentration of population, specialization and the creation of some monumental forms of architecture.

To sustain an agricultural-based community, having some hydrology projects would be a wonderful idea to help overcome the instability of dry spells. You can’t create those civilization markers without two other things. One is some form of writing for record-keeping and, thank goodness for government employees around the world, bureaucracies.

It was likely that the earliest of the Royals would have begun almost immediately to wonder how many people were under his rule — “his” recognizing that female rulers were few at the time. The king/Pharaoh/sovereign would also likely have asked if all of these people were paying some sort of “fair” taxes? How many might be available for drafting into the military or into labor groups to build monuments? These questions required keeping records and a census. Even Joseph the carpenter in the New Testament had to head back to his village of birth to appear before the Roman census taker.

This national enumeration is central to questions of equitable distribution of government revenues and services. It must be done accurately and as free from undue political influence as possible. That may explain why after a long day of rest, the next miraculous creation was the Census Bureau in the Department of Commerce. Staffed by nonpartisan professionals, the employees of the Census Bureau are charged by law, as Article 1, Section 2 requires, with designing and conducting the Census every 10 years. The first one was in 1790. The next one is coming soon to a nation near you!

However, the HR Doctor is pleased to tell you that a Census in this decade has really already been completed. The Census every 10 years — the one we are all familiar with and increasingly fretting about — is not the only one in American life. Beginning in 1957, the Census Bureau got another assignment. It was required to complete another census every five years. This census is conducted in years ending with the numeral “7” or with the numeral “2.” The 2017 data was only released in April 2019.

This important census is called the Census of Governments. It looks at all of the different kinds of government entities which make up the United States. As of 2017, I know you will be pleased to hear, there were 90,075 governments. Some folks will also be pleased to note that this number is way down from the 1957 number of 102,328 and way, way down from the 1942 number of 155,116! We are all very fortunate indeed that the entire federal government consists of only one of these. The number of state governments also fortunately rests at 50, not counting Greenland.

All of the rest of the other government entities are local governments. Local governments are where the action is! That view may be a bit warped since that’s where the HR Doctor chose to spend his career, rejecting federal and state work, military service notwithstanding. I could come home each day and say to the beautiful HR wife Charlotte “look at what I got to do today!” I got to share regularly with my amazing daughters the value of public service and service to the community right where we lived. In local government we are closer to the people. This is literally true since the “palace of the people” — where the local government “rulers” live — is conveniently nearby rather than far away from where the bulk of the population is located. Note, for example, the locations of Tallahassee, Albany or Sacramento. Figuratively, none of these local or state capitol buildings are as far away as D.C. may be from most of the rest of the known universe.

Of the dozens of thousands of nonfederal and nonstate government entities, who knows better than the National Association of Counties that 3,069 are county governments. The number has not appreciably changed since the first of these census tallies in 1957. There are 19,495 cities and 16,253 townships with some reduced authority compared to a chartered city.

The majority of local governments (i.e., all 57,296 of them) consist of two types: independent school districts and special districts. Since 1957 there has been a rather precipitous decline in the number of independent school districts. There are now about 12,754, compared with 50,446 in 1957. In fact, in case you are “school district curious,” there were 108,579 in 1942. This decline is likely a factor of urban population changes, declining farm numbers, and pressures to consolidate to be efficient and absorb costs for redundant administrations, purchasing, and infrastructure.

In the future we are likely to see similar consideration given to the number of local fire departments or law enforcement agencies within large jurisdictions. Continuing tax cut pressures will likely lead to more consolidations in the future as officials assiduously avoid being labeled as a “tax and spend” person by their opponents. It takes courageous elected and appointed officials to admit that their small jurisdiction may not be financially sustainable in the long run, or that consolidation might be in the overall community best interests.

Independent school district numbers have declined, but the opposite is true of special districts. America is increasingly a “SAD” nation — not psychologically I hope, but in terms of the growing popularity of Special Assessment Districts (SAD). Those represented 38,542 in 2017. There are many types of special purpose districts, including those for lighting, conservation, various forms of improvement districts for infrastructure improvements, and districts created for projects which affect multiple jurisdictions, such as library districts, performing arts authorities, airports and, yes, even cemetery districts.

A few are general purpose districts seeking to supersede traditional city and county authority to create a “bubble” for a limited sector of the population. Near the HR Doctor’s beautiful agricultural property in central Florida, are two prime examples. Both require huge amounts of money to establish and grow as well as perhaps to influence, sorry, make that “lobby” state officials.

One is the “Reedy Creek Improvement District,” which every child reading the HR Doctor articles knows better as Disney World. The other is “The Villages Community Development District,” home to about 120,000 relatively well-heeled senior citizens.

The legislature in Florida was kind enough to grant a charter to the latter district to, in effect, become a super local agency authority. It chose, for example, to create its own fire department, but “rent” law enforcement support from multiple jurisdictions as it spreads over territory in three different counties.

The idea of this and other special districts — what increasingly makes them attractive — is that they can create for themselves what might be regarded as higher standards of public service than they would likely otherwise receive in a more general government serving a more diverse population. The popularity of special districts will increase their numbers the more we pretend we can avoid paying additional property and other taxes while at the same time demanding more services, delivered faster and more conveniently.

Despite the popularity of this approach to how we govern ourselves, the potentially disturbing long-range and strategic implication is that these districts can be a form of  “pay to play,” where upper-income people can buy into a feeling of being more insulated from economic and social pressures, which most people cannot afford to do.

It is not unlike the idea of a “mega” gated community. As wealth concentrates into the hands of a small percentage of the population, the attractiveness of “bubbles” will grow also, perhaps at a loss to the overall population.  Then again, those foregoing comments may be sour grapes since not living directly in The Villages makes me ineligible to join any of the more than 3,000 special interest clubs.

One of the outcomes of a professional and statistically valid census is that the enumeration of population variables including income is brought to light. This may scare some people, but it should be embraced by all people. It may help us come to grips with long-term policies we need to take us into an uncertain future in good shape.

Cheers for the Census Bureau and its hard-working employees. Their existence in the very first Article of the U.S. Constitution testifies to the incredibly important job they perform in the name of all of us!