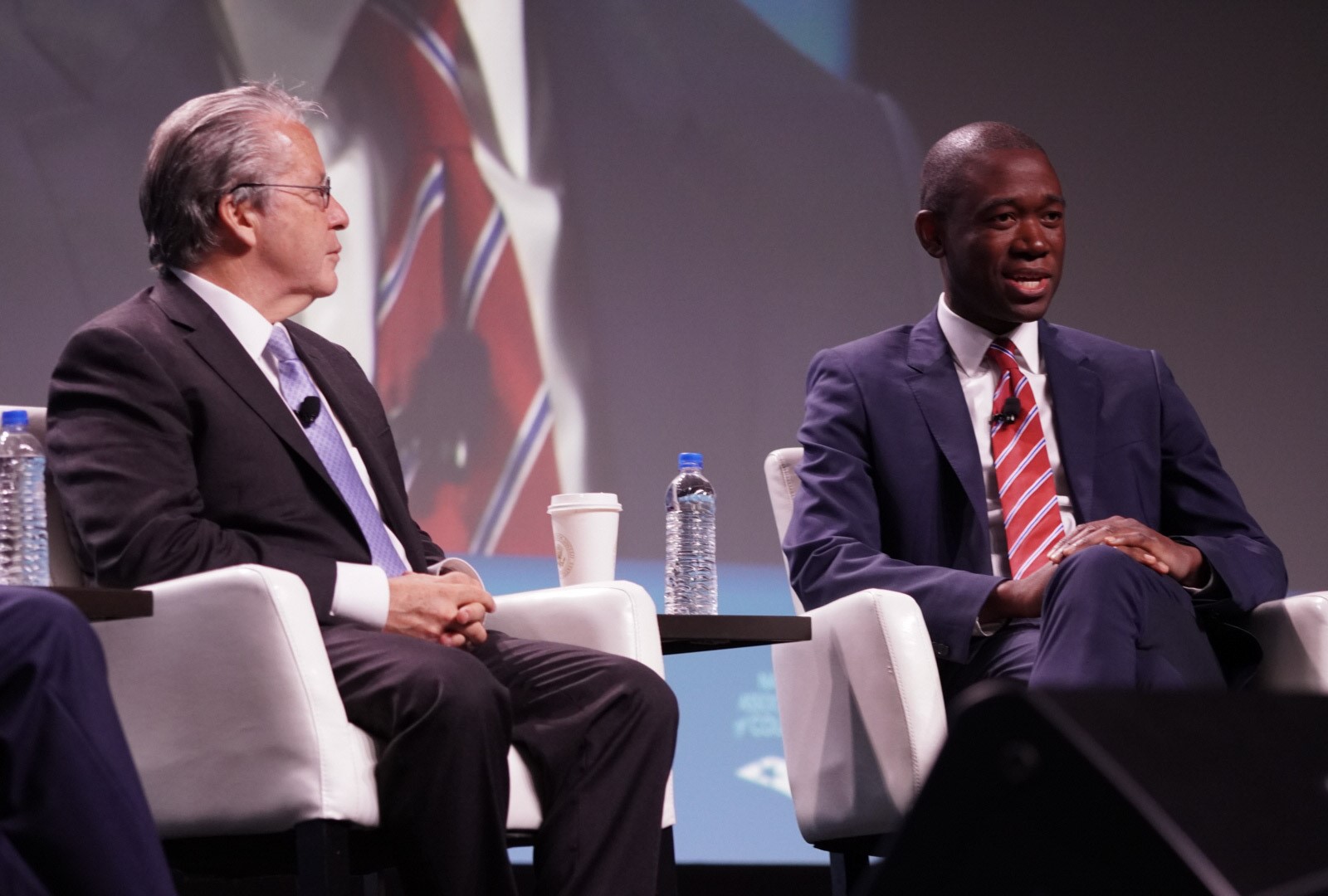 For the Biden administration, properly addressing the nation’s economic needs in the midst of the COVID-19 pandemic meant making up for what they missed during the Great Recession.

Several senior economic officials were Obama administration veterans determined not to repeat the history of an uneven recovery that saw many parts of the United States lag years behind others. That meant passing the American Rescue Plan was only the beginning, and to ensure a full recovery, the Biden administration prioritized successful implementation of the $1.9 trillion stimulus, a task equal in importance to summoning the political will to pass it in the first place.

“This is historic legislation, but people will judge it later,” Gene Sperling told a General Session audience July 12 at NACo’s Annual Conference. Sperling is overseeing the plan for the administration, playing the same role Biden did during the Great Recession.

“We understood that it would not be possible unless we provided sufficient support to state and local governments,” Jacob Leibenluft told a July 11 joint meeting of NACo’s Large Urban County and Rural Action caucuses.  He is the chief recovery officer and counselor for Treasury Secretary Janet Yellen.

The burden will be on counties to demonstrate that they have properly used the $65.1 billion in direct ARP funding in the Coronavirus State and Local Fiscal Recovery Fund that they received to mitigate damage caused by the pandemic, including helping businesses, addressing learning losses in children, reducing health disparities and rehiring government employees. The direct funding was a departure from the 2020 CARES Act cutoff to counties with populations of under 500,000 residents needed for direct funding.

“We needed to provide the resources to take on the public health crisis,” Leibenluft said, noting that states would hardly be a better judge of where money was most needed in each county. “And fiscal distress cannot only result in cutbacks but be a drag in a recovery.”

Sperling pointed out estimates that more robust funding to help return governments to pre-recession employment levels could have meant a 3 percent rate of economic growth over four years, rather than 2.3 percent. That made direct funding to counties a priority.

“It’s on us not just to implement well, but to tell the world what was done,” he said. “We’re going to have to show that, because I don’t think there’s any in this room who wants the idea of direct county assistance after a recession to be one-and-done, so we have a lot of work going forward.”

Deputy Treasury Secretary Wally Adeyemo told the July 12 audience that the administration had thus far been impressed with initial plans for ARP spending, including investing in water infrastructure, investing in small businesses and bringing back employees.

“The president, in designing the American Rescue Plan, decided that he was going to give a historic amount of money to local, county and state officials for a very specific reason: Because the needs of each one of the people you serve is different and we knew that by providing the resources to you directly, that you would have the ability to meet those needs,” he said.

He predicted a 6 percent GPD growth, due in large part to the local investments that counties were making.

Leibenluft said ensuring counties had access to their own relief money was crucial to properly targeting that funding.

“We wanted to ensure that those resources went to every government,” he said, noting that states would hardly be a better judge of where money was most needed in each county.

When asked whether the Treasury Department could relax spending rules to give counties more latitude, Leibenluft pointed to statutory language that demanded those guide rails, and it would take congressional action to allow that, which would be unlikely.

“Those guard rails are there because of what the legislation requires,” he said. “It’s an approach that ensures accountability and transparency. That’s our ‘North Star’ in implementing relief at Treasury.”

The American Rescue Plan is the largest piece of federal spending in American history, but it was allocated with great intention. With counties largely still returning their staffing levels to what they maintained before the Great Recession 13 years ago, the funding was meant not only to restore those personnel but also to start to advance.

“Our hope is that the passage of the ARP will finally allow us to do what most of us who came to govern came for,” to advance the cause of helping citizens.

Sperling said that outreach to county governments on APR spending rules has been as valuable for the Biden administration as for the counties seeking guidance.

“I can’t tell you how [often] I will be on a phone call and even though it may seem we don’t have the direct answer, that informs us,” he said. “We recognized that the implementation of this… Do you have clarity? Do you have guidance? If there’s a place to resolve, can we get out new guidance? This is critical.”

The Treasury Department recently closed the comment period for the Final Interim Rule for the Coronavirus State and Local Fiscal Recovery Fund. NACo fielded more than 1,000 comments, recommendations and case studies from counties, which were summarized and submitted to the Treasury.

The consensus was that current restrictions and limited clarity on eligible and ineligible uses of the Recovery Funds might inhibit counties’ ability to achieve an equitable economic recovery.