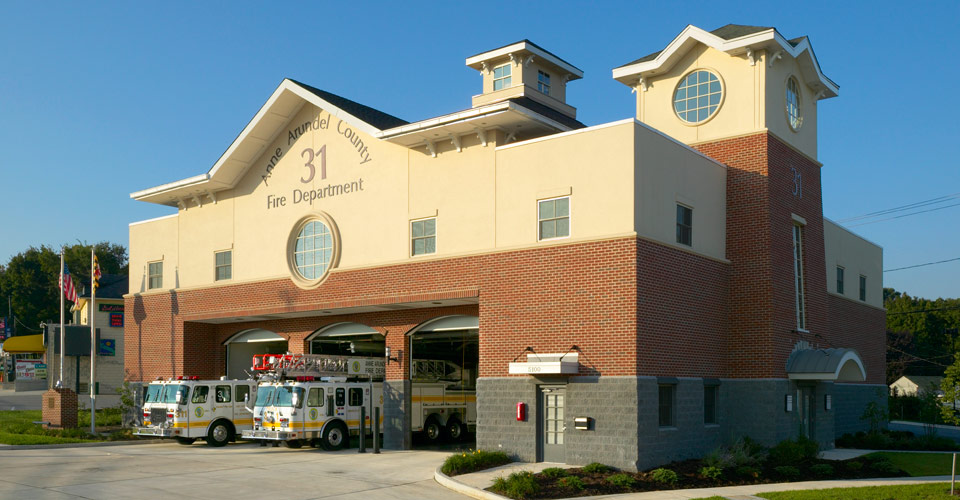 PROBLEM: Increasing number of addicts dying or overdosing on drugs.

SOLUTION: Offer 24/7 help at county fire and police stations to addicts who need medical attention or a path to recovery, without fear of arrest.

Little did Jenna Keefer know that reading a Facebook post by Anne Arundel County, Md. would be the first step in turning her life around. Hooked on heroin for the past eight years, she woke up April 20 to a message the county had posted:

“Arundel VFD is participating as a ‘Safe Station.’ Anyone who is currently addicted to opiates and has made the decision to get help can stop by our station where we will provide medical treatment (if needed) and help get them in contact with Anne Arundel County addiction treatment resources.”

The county was getting the word out that day about a brand-new program, Safe Stations, offering help to drug addicts at any of the county’s police or fire stations.

Safe Stations was launched as opioid and heroin overdoses escalated in Anne Arundel County, where there have been more than 720 overdoses this year, more than 90 of them fatal, according to the fire department. The county couldn’t get people into recovery right after an overdose, Corbin said, because at that point, they’re mainly thinking about getting their next fix.

“We were all thinking, what if they came to us?” Corbin said. “We were desperate to do something. Now we’re seeing people reach out on their own terms. I placed someone yesterday who had OD’d 11 times.”

When someone decides to enter the program on their own terms, Corbin said, “We hear ‘I’m tired of waking up every morning and worrying about when I’m going to get my next fix’ or ‘I want to be normal, I want to have a real life.’”

The day the Safe Stations program launched, Keefer decided to head to her local fire station.

How had she gotten to that point? The 29-year-old traces the beginnings of her heroin addiction back to when she first tried alcohol and marijuana when she was 16. Drinking became a daily habit, she said in a recent video about her experience, posted to the county fire department page. When she was 21, she had graduated to a “pain pill” habit. When it became too expensive, she turned to heroin, she said. The drug became an “everyday thing” for her for the next seven to eight years, until April 20.

“I took myself to the fire station,” she said. “When I got there, the firefighters were so accommodating and made me feel like I made the right decision. Crisis Response came in and talked to me about the next steps and at that point I knew there was no turning back and was definitely going to be my next path in life. I went into a treatment center on April 21 and spent the next 25 days there.”

After getting out of the treatment center, Keefer moved into a recovery house in Annapolis and is now looking for a job. “Life today for me is amazing,” she said. “Life after addiction and recovery is possible. If you’re out there and you’re struggling and you’re willing to put in work just ask for help. There are people willing to help. If you’re struggling, please, please ask for help.”

Any county resident who is addicted to drugs is encouraged to ask for help and can do so 24 hours a day by going to any Anne Arundel County or Annapolis City fire station.

If no immediate medical issue is identified, the county’s “Warmline” is contacted (the Crisis Response Team’s phone number, answered 24/7) and advised that there is a Safe Station case. The county’s Crisis Response team will work closely with the individual in the station to determine the best resources and destination available.

Individuals seeking assistance are required to drop any needles and paraphernalia into a sharps collection container located at each station. If an individual is carrying illegal substances, the appropriate police agency will be notified for disposal purposes only.

Anne Arundel County State’s Attorney Wes Adams’ office is notified if the person has any outstanding warrants or court dates that would block admittance to a recovery center; Corbin and Adams often work together, giving talks about drugs at middle schools; when they found out warrants and court dates were impeding recovery efforts, Adams tasked a staffer to work with the Crisis Response Team to help with rescheduling, Corbin said.

To guide them through the process, people are assigned a “care coordinator” helping them obtain admittance to a detox center or other appropriate steps; Medicaid and grants help people who don’t have insurance, Corbin noted.

“We want Anne Arundel County to embrace every strategy possible to overcome addiction to opioids,” said County Executive Steve Schuh. “This program is a new innovative approach to assuring those in crisis get the treatment they need at the time they need it.”

Initially the program was funded from general funds in each participating department; because the program is so popular, the county was awarded a state grant of $287,000 to hire more people.

Part of the funding comes from the federal 21st Century Cures Act. Funding is also being used to get the word out about the program in PSAs.

If your county is considering a similar program, “you need to have everybody involved to be a player,” Corbin said. “Legal, mental health, police, fire, hospitals.”

As of Sept. 4, the program has assisted about 100 people; Corbin said the Safe Stations program has seen a 57 percent success rate as of the end of July by helping 87 clients; of those, 41 completed their first treatment phase and nine were in treatment. Corbin said she expects that success rate to increase.

Similar programs can be found in other areas, including Lake County, Ill., and Manchester, N.H.