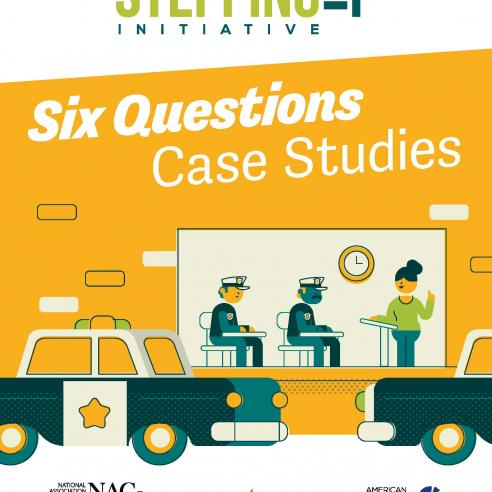 An estimated two million annual jail admissions involve people with serious mental illnesses. Over the past decade, county commissioners and supervisors, police, judges, corrections administrators, public defenders, prosecutors, community-based service providers and advocates have mobilized to better respond to people with mental illnesses. Stepping Up: A National Initiative to Reduce the Number of People with Mental Illnesses in Jails was launched in May 2015 to provide counties with the resources to further address this issue. Stepping Up is the result of a partnership between the National Association of Counties, The Council of State Governments Justice Center and the American Psychiatric Association Foundation.

In January 2017, Stepping Up released Reducing the Number of People with Mental Illnesses in Jail: Six Questions County Leaders Need to Ask (Six Questions), a report intended to help county leaders determine to what extent their county’s efforts will have a system-level impact, not only resulting in fewer people with mental illnesses in jail but also doing so in a way that increases public safety, applies resources most effectively and puts more people on a path to recovery.