Internet Speed Below Federal Standard in Over Half of U.S. Counties, Smallest Counties Most Impacted by Digital Divide 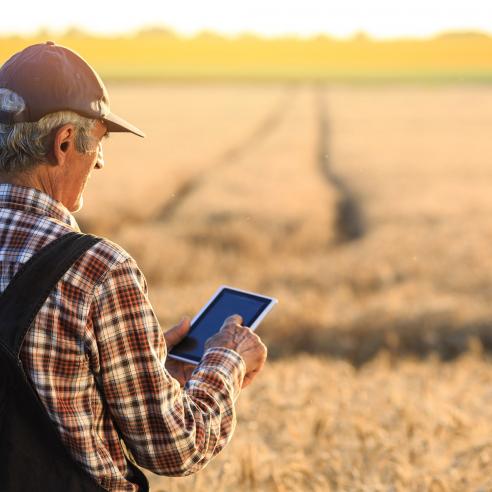 WASHINGTON – Nearly two-thirds (65 percent) of U.S. counties experience the internet at speeds below minimum standards set by the Federal Communications Commission (FCC), with that number even higher in rural America where 77 percent of counties operate below the FCC standard. This could be in part due to flawed data provided to the FCC by the broadband industry. This is according to the Understanding the True State of Connectivity in America report released today by the National Association of Counties (NACo), the Rural Community Assistance Partnership (RCAP), Rural LISC (Local Initiatives Support Corporation), the National Association of Development Organizations (NADO), Farm Credit and Land O’Lakes, Inc.

The organizations developed TestIT, a mobile app giving mobile phone users the power to accurately identify areas with low or no internet connectivity and share that information to push for change. Since its launch last March, users have conducted more than 100,000 tests, covering 2,391 counties (78 percent of counties nationwide) in 49 states.

“The TestIT app results show a disparity of broadband access across America,” said NACo Executive Director Matthew Chase. “Armed with this data, we will advocate for adequate funding for broadband infrastructure and better inform federal, state and local decision-making to help level the playing field.”

Lack of reliable broadband is a major barrier to socioeconomic opportunity, education, health and overall quality of life. Without access to high-speed internet, many rural communities – and even pockets in urban areas – are isolated and left behind. A 2018 study conducted by Microsoft concluded that 19 million rural Americans do not use broadband, largely due to a lack of access. For these small communities, broadband can serve as a lifeline, connecting students to online degrees and connecting sick patients to medical consultation locally unavailable.

High-speed internet is also consistently voiced as a top challenge facing small businesses in rural America and stifles entrepreneurship by limiting the ability of individuals to take on independent work. In this economy, broadband is critical to building resilient and future ready communities.

View the full report, Understanding the True State of Connectivity in America, here.