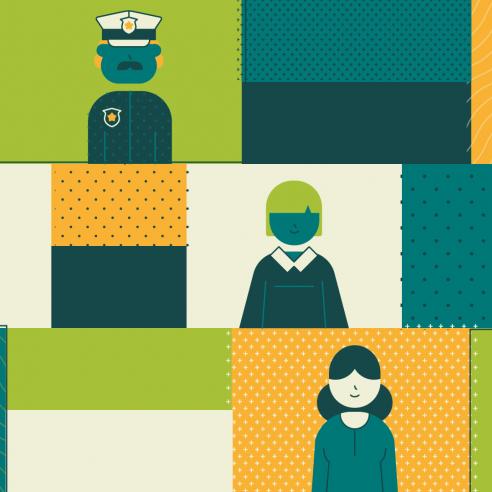 Stepping Up is a national initiative to reduce the number of people with mental illnesses in jails and is a partnership between the National Association of Counties, The Council of State Governments Justice Center and the American Psychiatric Association Foundation. Stepping Up hosts regularly scheduled webinars featuring topics to help counties’ planning efforts. The Stepping Up Special Topics Case Studies serve as a quick reference to the counties highlighted in some of these webinars. Webinar recordings featuring these counties are available on the Stepping Up Resources Toolkit.

Engaging People with Lived Experience in Stepping Up Efforts

The Tulsa County board of commissioners passed a resolution to join the national Stepping Up initiative to reduce the number of people with mental illnesses in its jail in 2015. As part of these efforts, county leaders realized that understanding and integrating the perspectives of people with mental illnesses and substance use disorders, especially those who have been involved in the justice system and/or experienced homelessness, would be beneficial to include in planning processes for the county. Through creative partnerships and the inclusion of peers in the planning stages, Tulsa County created programs and services to better meet the needs of its most vulnerable residents.

In 2015, the Alamance County board of commissioners passed a resolution to join the national Stepping Up initiative to guide its efforts to reduce the number of people with mental illnesses in jail. As part of their Stepping Up efforts, county leaders established a mission statement, created two part-time coordinator positions and formed a task force, a leadership team and several associated committees to develop a strategic plan that included messaging around what efforts are taking place locally to address connections to services for people with mental illness involved in the justice system.

In 2015, Johnson County joined the national Stepping Up initiative to reduce the prevalence of individuals with mental illness in jails and in 2016, committed to the Data-Driven Justice project to provide alternatives to jail for people who frequently cycle through health, human services and justice systems. As part of these efforts, the county partners with a nonprofit homeless services provider to identify individuals cycling through these various systems and offer low-barrier housing and other solutions to address the needs of county residents experiencing chronic homelessness.