The Republican Roadmap: A Framework to Improve the Nation’s Infrastructure 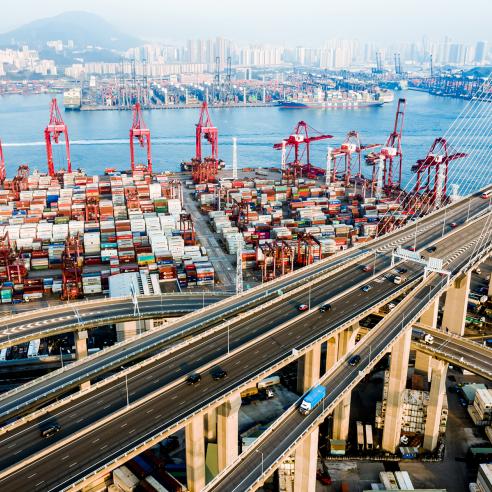 On April 22, Senate Republicans released their infrastructure framework, “The Republican Roadmap: A Framework to Improve the Nation’s Infrastructure (Roadmap).” A counterproposal to the Biden Administration’s “American Jobs Plan (AJP),” the outline envisions investing $568 billion over five years to make improvements and enhancements to assets traditionally defined as infrastructure, including transportation and water systems. The proposal represents a 75 percent decrease from the spending levels proposed in the AJP and significantly narrows the sectors that would receive funds. This is largely due to the Roadmap’s closer adherence to reauthorizations for transportation and water programs than that of the stimulus package proposed in the AJP. View NACo’s executive summary of the AJP here.

The Roadmap defines infrastructure as surface transportation, airports, ports and inland waterways, drinking water and wastewater infrastructure, water storage, safety and broadband and provides the following funding levels for each:

Assuming funding is over five years, the AJP and the Roadmap both propose extra spending for investments in:

Counties urge Congress to work with local officials when drafting legislation that would encourage the use of state or county owned land, including public rights-of-way, to build new wireless infrastructure including fifth (5G) wireless networks, to expand service to rural areas or to promote digital equity. 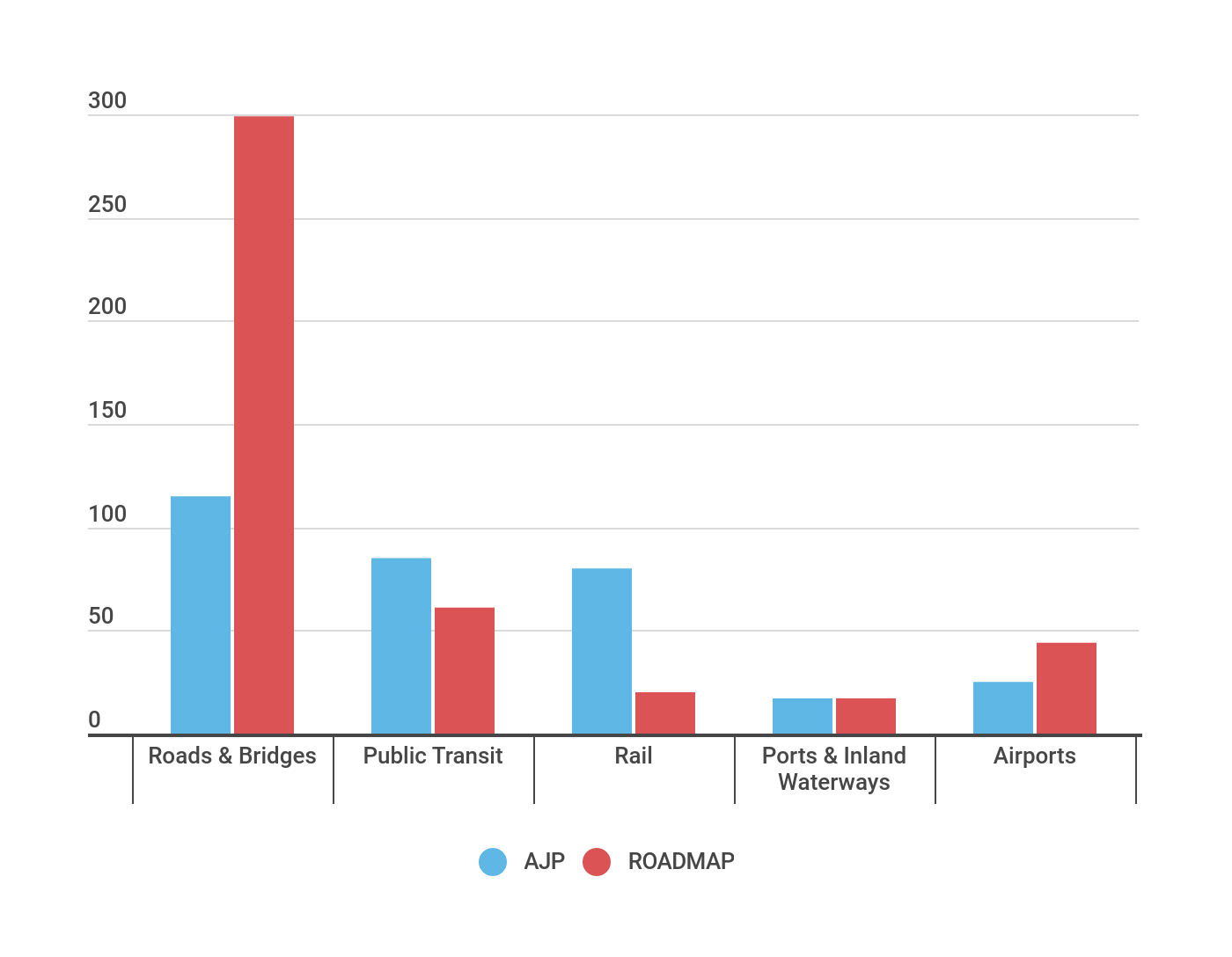 Congressional Republicans’ priorities for federal programs and policies include avoiding “one-size-fits-all” requirements for infrastructure; streamlining the federal permitting process; reducing regulations; and encouraging innovation. Counties continue to count streamlining the federal permitting process and reducing regulatory burdens as top priorities for infrastructure and urge lawmakers to realize the benefit that would result from more timely review processes and commonsense federal regulations. Local governments agree that a blanket approach to the nation’s infrastructure needs is not the answer, and instead, that the federal government should provide maximum flexibility when administering transportation and infrastructure funds.

In addition to the top-level numbers and infrastructure philosophies identified in the Roadmap, it also lays out Republican principles for paying for the $568 billion investment. While the Republican proposal does not contain specific details, no part of its spending would be offset by corporate tax increases, a major contrast to the AJP, which proposes raising the rate from 21 percent to 28 percent.

Instead, the proposal suggests the Roadmap should be fully paid for without increasing the national debt by:

The last two bullets are a concern for counties who face hundreds of billions of dollars in budgetary shortfalls in FY 2021 alone as a result of our frontline response to the ongoing global health pandemic. Counties are opposed to any future legislation that would place additional parameters around much-needed COVID relief dollars for local governments. Additionally, relying on public-private partnerships is simply not possible for all counties, who may be unable to attract the interest of private industry. Counties urge Congress to provide additional funding and financing tools, like P3s, though not at the expense of direct federal funding streams for local infrastructure. The proposal’s recommendation to extend the cap on state and local tax (SALT) deductions is also opposed by counties, who view these deductions as protections for individuals from double taxation and a bedrock principle of the federal income tax system.

Finally, while mentioned as a goal of the package, it remains unclear how Republicans would address the looming FY 2022 insolvency of the HTF. The HTF is funded by user fees, indicating that there may be willingness amongst some of the party to increase the federal tax on motor fuels, increase taxes on heavy trucks and/or implement a new vehicle miles traveled (VMT) fee to provide additional revenue for the ailing trust fund. All would be difficult paths forward for Congressional Republicans, who – under any scenario – would likely meet opposition to all three options by various members of their party. Both Republican and Democratic lawmakers have expressed support for a transition to VMT.

The proposal’s introduction is the logical next step in the negotiation process surrounding infrastructure legislation, though it is viewed by many as far short of the level of investment that is needed. Counties agree that local infrastructure needs are tremendous and that continuing to provide flat federal investments will not enhance the ability of state and local governments to carry out critical projects. For this reason and many others, the Roadmap has already been labeled dead-on-arrival by Democrats, who control both chambers of Congress and the White House. While their majorities are narrow in both the House and the Senate, Democrats can discard the Roadmap and pass AJP legislation without the support of any Republicans via budget reconciliation. The potential for a bipartisan path forward remains a possibility, however, with both sides of the aisle looking for a compromise that will address the needs of traditional infrastructure. Both the House and Senate are expected to begin releasing surface transportation legislation in May, and Speaker Pelosi has vowed to move a comprehensive infrastructure package by July 4th. The current surface transportation law, P.L. 114-94, the Fixing America’s Surface Transportation (FAST) Act, will expire on September 30, 2021. View NACo’s FAST Act 101 for counties here.