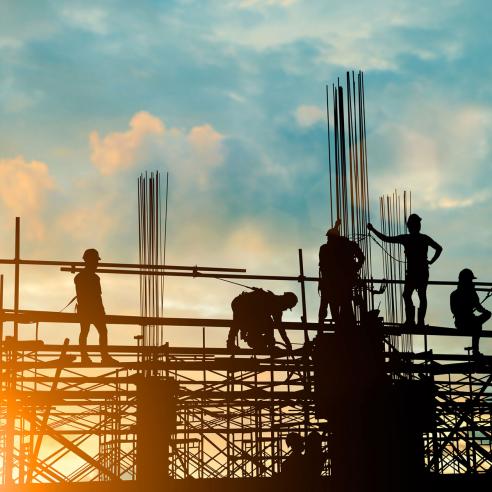 Alongside the AJP, President Biden also released his Made in America Tax Plan, which outlines the revenue sources intended to fully offset the investment levels made in AJP over the next 15 years. The proposal is part of a two-pronged approach being taken by the White House, with the announcement of a second, “social infrastructure” package expected to follow later this month. While the U.S. Congress still needs to draft legislative text corresponding to the proposal, many of the recommendations in the AJP have the potential to impact county-owned or -supported infrastructure, including all modes of transportation, water systems, broadband, public schools, community development and affordable housing.

Following bold, but largely unsuccessful, infrastructure proposals by his two most immediate predecessors, President Biden has continued the recent White House tradition of promising to make major investments in America’s infrastructure during his time in office. This time, the President also has proposed a way to pay for this investment - mostly in the form of corporate tax hikes and new taxes on international commerce, as well as a repeal of the previous administration’s 2017 tax cuts, and other sources outlined later in this summary. By the end of the month, the Biden-Harris Administration is expected to release a infrastructure proposal that would invest nearly $4 trillion ($2.3 trillion of which is the American Jobs Plan discussed below) in federal funds across a wide range of areas, the majority of which Republicans argue is not actually infrastructure and should not be included in legislation deemed to be infrastructure investments.

Part one of the AJP includes funding for the following:

The Made in America Tax Plan

In summary, the pay-for that would fully offset the spending in the AJP over 15 years through proposed changes to the federal tax code includes the following:

Congress is now tasked with developing legislation around the President’s proposal that may eventually be enacted into law. AJP provisions with the potential to impact America’s counties, parishes and boroughs through future legislative text include:

Counties urge Congress and the Administration to support legislative and regulatory efforts that would provide additional resources to create, support the development of, and fund pilot/demonstration programs for innovative delivery of federal social services and workforce training programs that are offered through local governments.

Counties encourage state and federal governments to provide incentives that support entrepreneurs and small business growth. Counties believe local governments should work to bolster the development of entrepreneurial and business talent within their communities and emphasize the expansion and retention of local businesses.

Since counties provide and otherwise support long term care and other community-based services for the elderly and disabled, state and federal regulations and funding programs should provide counties the flexibility to support the full continuum of home, community-based or institutional care for persons needing assistance with activities of daily living.

Local education systems affect all segments of the community and are critical to the success of many programs operated by counties. Regardless of the specific funding arrangements between counties and school districts, they share a common tax base and are both faced with limited resources. Further, according to the American Association of Community Colleges, there are 986 public community colleges nationwide and local funds provide 17 percent of their revenues. Several local governments also fund four-year colleges.

Counties support the redevelopment of abandoned or under-utilized industrial and commercial sites, which are frequently contaminated due to past practices, through programs designed to allow these sites to once again be economically viable. Counties also support federal funding for environmental cleanup of these areas.

As major owners, users and regulators of water resources and systems, state and local governments are responsible for 95 percent of the total public spending on water infrastructure each year.

Even though Democrats require no Republican support to eventually pass the legislative text that results from the AJP proposal, pursuing a partisan strategy early may prove detrimental to the passage of a new, long-term surface transportation reauthorization once the current law expires on September 30. To date, the White House has called for a “flat” reauthorization, seemingly putting them at odds with U.S. House Transportation and Infrastructure Committee Chairman Peter DeFazio (D-Ore.), who proposed a $2 billion increase over current levels in H.R. 2, the Moving Forward Act, which passed the House last summer but was not considered in the Senate. The AJP is viewed by many as similar to H.R. 2, which would have made a $1.5 trillion investment in many of the same sectors that are being proposed in AJP if it had been enacted, with one major difference being H.R. 2’s inclusion of a five-year reauthorization (view NACo’s H.R. 2 analysis here).

This is important because it appears that at least some portion of the AJP’s billions in transportation dollars have no way of being spent, as they would first require a new reauthorization bill that creates programs through which the funds could be distributed. Complicating this process for Democrats is the Senate rule requiring 60 votes to reauthorize the surface law, meaning the majority would have to either negotiate across the aisle if new programs to distribute funding prove necessary or take the “nuclear option” of changing or eliminating the Senate filibuster all together, which is viewed by most lawmakers, both Republican and Democratic, as an undesirable option that would have far-reaching implications on legislation well beyond the AJP.

Although candidate Joe Biden campaigned on fixing the ailing Highway Trust Fund (HTF), the AJP does not address its growing shortfall, and because it seems that Democrats are going to pursue its passage through a second reconciliation bill, it also cannot. Reconciliation legislation can only contain provisions that impact the federal deficit. Due to complex budget rules, general fund transfers into the HTF do not “score”, meaning they have no impact on the deficit. According to the Congressional Budget Office, the HTF highway account will reach a $120 billion shortfall by FY 2030 if left unaddressed. The mass transit account would follow, reaching a projected $54.6 billion shortfall over the same time period. Beginning in FY 2022, both accounts – and the entire HTF – will become officially insolvent.

Following the passage of the P.L. 117-2, the American Rescue Plan, via a budget reconciliation bill for FY 2021, Congressional Democrats look poised to use the tool once again to advance AJP legislation via a second FY 2022 reconciliation bill later this year. In the meantime, as Congress begins to negotiate towards a final package, exactly what “infrastructure” means is still up for debate. Republicans, who favor the traditional definition that mostly covers roads, bridges and water systems, have come out against the AJP, contending it could be passed with support from both sides of the aisle if it were narrowed in scope. In stark contrast, Democrats see this as perfect timing to make bold funding decisions in industries across the spectrum that have a nexus to a more broadly defined concept of infrastructure.

While Democrats do not require the support of any Republicans to pass a legislative package that corresponds to the AJP, their slim majority will require a bill that appeals to their entire conference, including more conservative Democrats, like Senator Joe Manchin (D-W.Va.), who has already said he will vote against the AJP if the final text contains the plan’s proposed corporate tax increase. As legislative text is developed and we await part two of the Administration’s infrastructure proposal, the National Association of Counties continues to work closely with both Congress and the White House to ensure county infrastructure priorities are included in a final package.