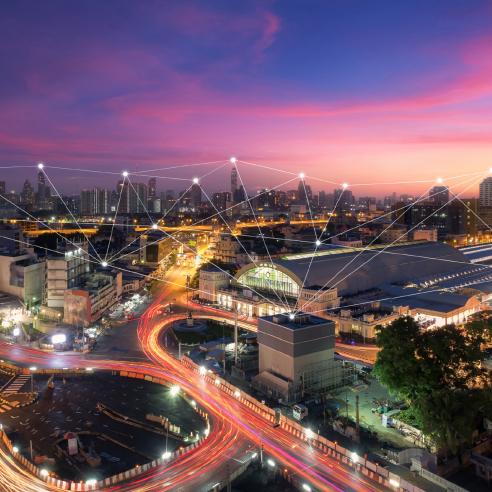 5G describes the next generation of mobile networks which builds on today’s 4G wireless broadband infrastructure. This next generation of wireless service uses higher-frequency wavelengths transmitted through a network of “small cell” devices – roughly the size of a backpack – scattered throughout communities. To build 5G networks, telecommunications providers place small cells on public rights-of-way to construct their own communications networks. Analysts expect the full buildout of the 5G network will require nearly one million small cell installations over the next decade.

Counties are strongly committed to the timely and successful deployment of 5G facilities and services throughout the nation, just as counties led and supported public and private partnerships that resulted in the successful introduction and expansion of 4G infrastructure and services. However, as stewards of substantial amounts of public rights-of-way, counties are concerned with recent federal actions that undermine local governments’ ability to serve as trustees of public property, safety and well-being.

5G deployment will require telecommunications providers to install hundreds of thousands of small cells across the country to construct 5G networks. The vast majority of these sites will be located on locally-owned public rights-of-way, which requires providers to submit applications for local government review. The local review process is essential to ensure small cell sites do not put public health and safety at risk during the construction and modification of broadcasting facilities. Due to the significant number of small cell sites needed to fully deploy 5G, close coordination between wireless service providers and local governments is critical during the siting process.

5G’s reliance on a large network of small cell sites will place a considerable administrative strain on local governments’ ability to process the exponential increase in applications for small cells from service providers. 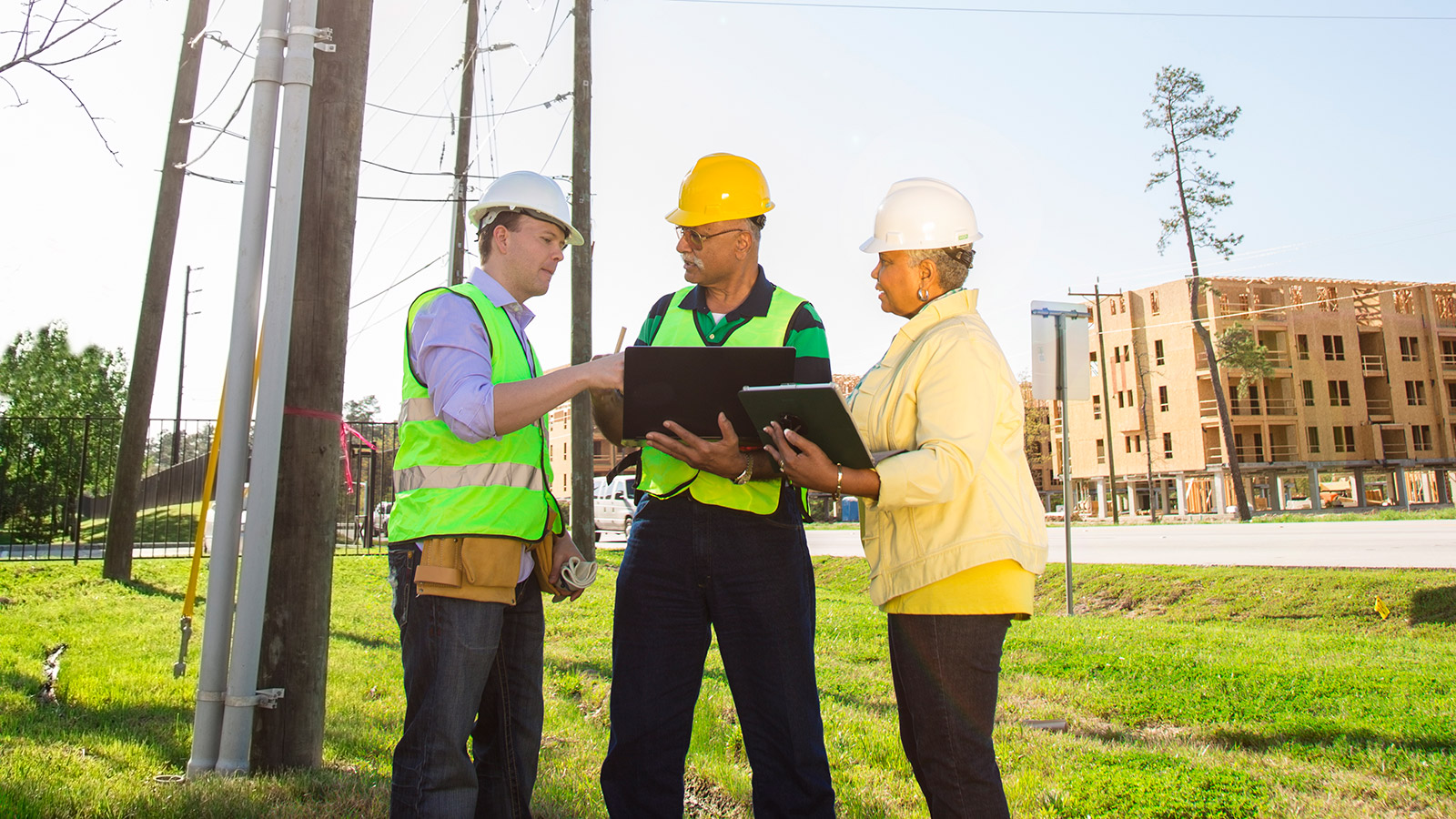 5G-ready smartphones will be rolled out incrementally due to the labor-intensive deployment process, with the first batch being deployed in 2019. The four major wireless service providers – AT&T, Verizon, Sprint and T-Mobile – plan to offer 5G service in the first half of 2019, though each are taking a different path to deployment.

AT&T began offering 5G-powerd mobile hotspots in a dozen cities in 2018 and recently unveiled their new line of 5G-ready phones for businesses in 2019.

Sprint owns unique airwaves that will give the company an advantage as it works on eventually rolling out 5G smartphone service in nine cities in 2019.

Sprint and T-Mobile proposed merger, which is still awaiting regulatory approval, will accelerate their 5G efforts.

The global race for 5G dominance has begun as broadband providers jockey for the top spot as the industry leader. As broadband providers push to deploy thousands of small cell sites in communities nationwide, local governments are tasked with evaluating every proposed site. This requires significant labor resources and administrative costs, which are offset through application fees. However, communication providers argue that local zoning authority aimed at remediating safety hazards is impeding on their ability to compete. While the technology is relatively new, efforts to undermine local zoning authority have been underway for quite some time at the federal and state policymaking levels.

Half of U.S. states have enacted legislation that preempts local zoning authority in preparation for the 5G buildout. The enacted provisions will allow providers to curtail local zoning authority and install small cell technology in public rights-of-way while also placing a cap on fees associated with maintenance costs. The legislation has been controversial in many states. With concerns over potential health implications and restrictions on local authority over public rights-of- way, some states are fighting back. For instance, California Gov. Jerry Brown (D) vetoed a small cell bill in October 2017, noting that localities required “a more balanced solution.” Similar legislation has also failed in six other states and remains pending in Michigan and Pennsylvania.

Meanwhile, the fight over local control of public rights-of-way has been elevated to the federal level as the Federal Communications Commission (FCC) and Congress are now working to develop and implement national standards. 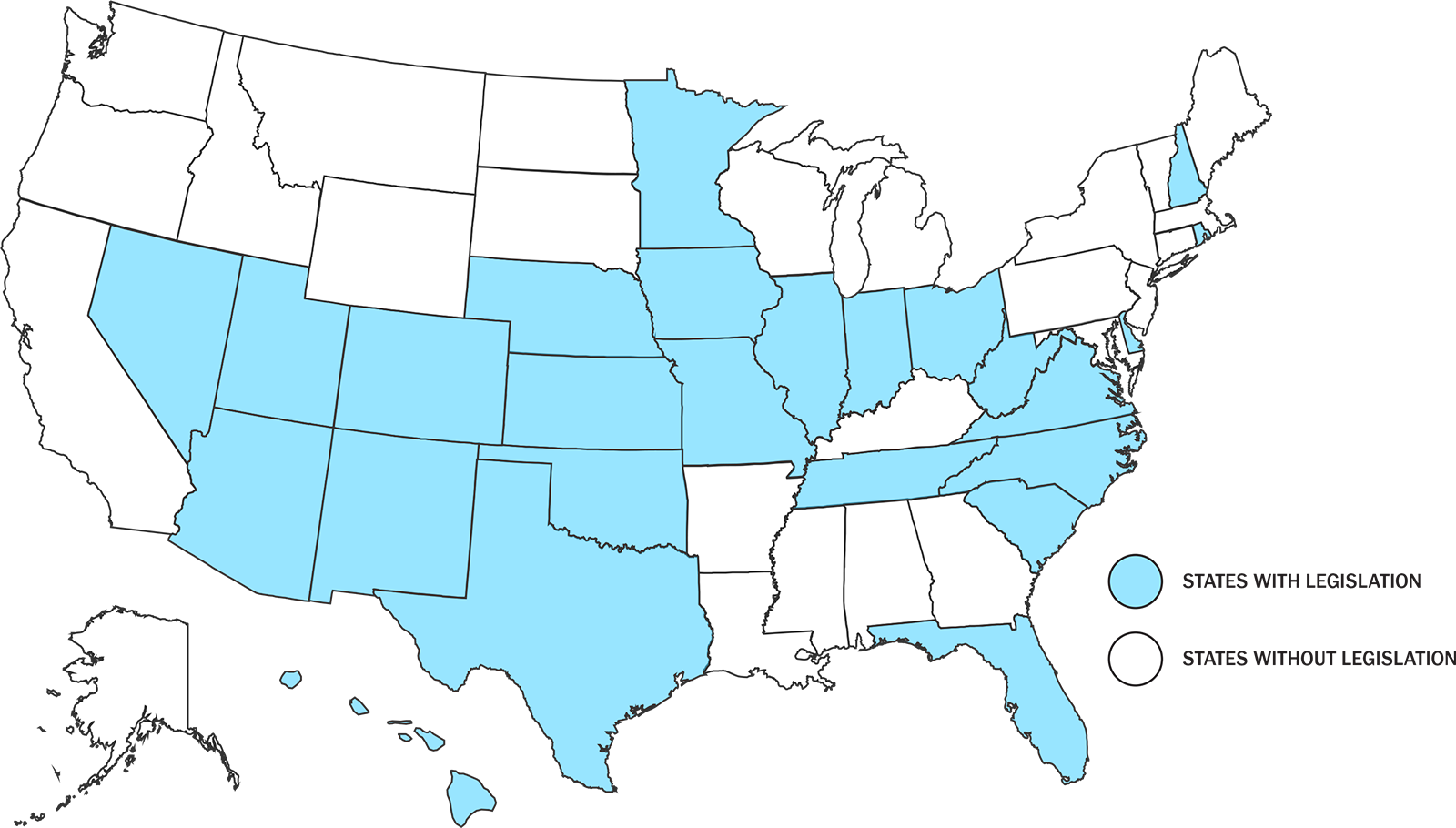 Both Congress and the FCC have taken steps to enact policies aimed at accelerating 5G deployment nationwide. However, the measures target local governments by restricting local authority. In June 2019, the STREAMLINE Small Cell Deployment Act (STREAMLINE Act) was reintroduced in the U.S. Senate, which limits fees local governments can charge providers and narrows the review process for counties to adequately assess 5G deployment applications. Prior to the bill’s reintroduction, the FCC approved a controversial rule in September 2018 setting national standards on the local permitting process when siting 5G small cell locations, which went into effect January 14, 2019.

In June 2019, Sen. John Thune (R-S.D.) and Sen. Brian Schatz (D-Hawaii) reintroduced the STREAMLINE Act (S. 1699) in the 116th Congress. The legislation would limit fees local governments are able to assess telecommunications companies and includes two shot clocks for localities to review and process applications. The bill also includes a “deemed granted” provision, under which applications would be automatically approved if the local government fails to complete its evaluation within the set timeframe – which would be considered a prohibition of service. This provision would severely jeopardize counties’ ability to fulfill our public health and safety responsibilities. 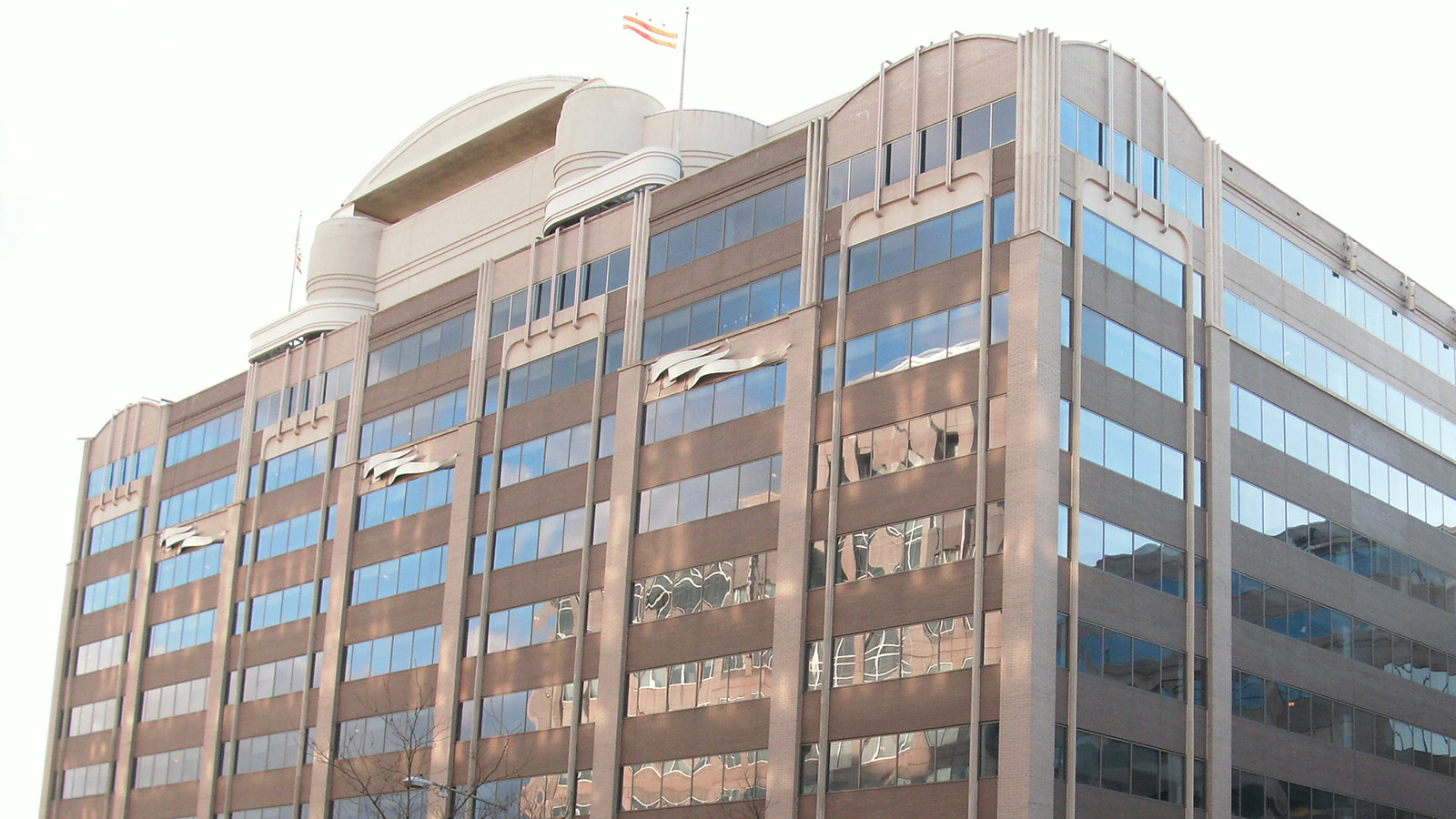 On September 26, the FCC approved the Streamlining Deployment of Next Generation Wireless Infrastructure Declaratory Ruling and Third Report and Order on a 3-to-1 vote. The order limits fees local governments are able to assess on telecommunications companies for the placement, construction or co-location of new wireless service facilities. Additionally, the ruling provides local governments only 60 days to evaluate applications from wireless companies to attach 5G small cells to existing structures and just 90 days to review applications for equipment on entirely new structures. These “shot clocks” effectively prevent local governments from properly evaluating and assessing 5G deployment applications and forces a rubber-stamp approval process in fear of crippling litigation from communication providers. However, unlike the STREAMLINE Act, the FCC order does not include the strict “deemed granted” provision.

The FCC’s controversial order went into effect on January 14, 2019. In response to the ruling, several lawsuits were filed in federal appeals courts questioning the legality of the FCC rule. As a result, the order is currently being challenged in the United States Ninth Circuit Court of Appeals. The appellate court is expected to release a decision sometime this year.

What happens if a local government already has an agreement with a carrier or infrastructure provider that covers small wireless facilities?

For carries to preempt or void an existing agreement, they must file a lawsuit against the municipality, which is unlikely.

Going forward, can a local government negotiate new agreements with carriers or infrastructure providers? If so, are there issues that cannot be addressed in an agreement?

The FCC ruling provides guidance on some parameters of the deployment of small cells, including the cost, aesthetic requirements and location, but it does not prohibit local governments or carriers from reaching their own arrangements on these or any other factors. 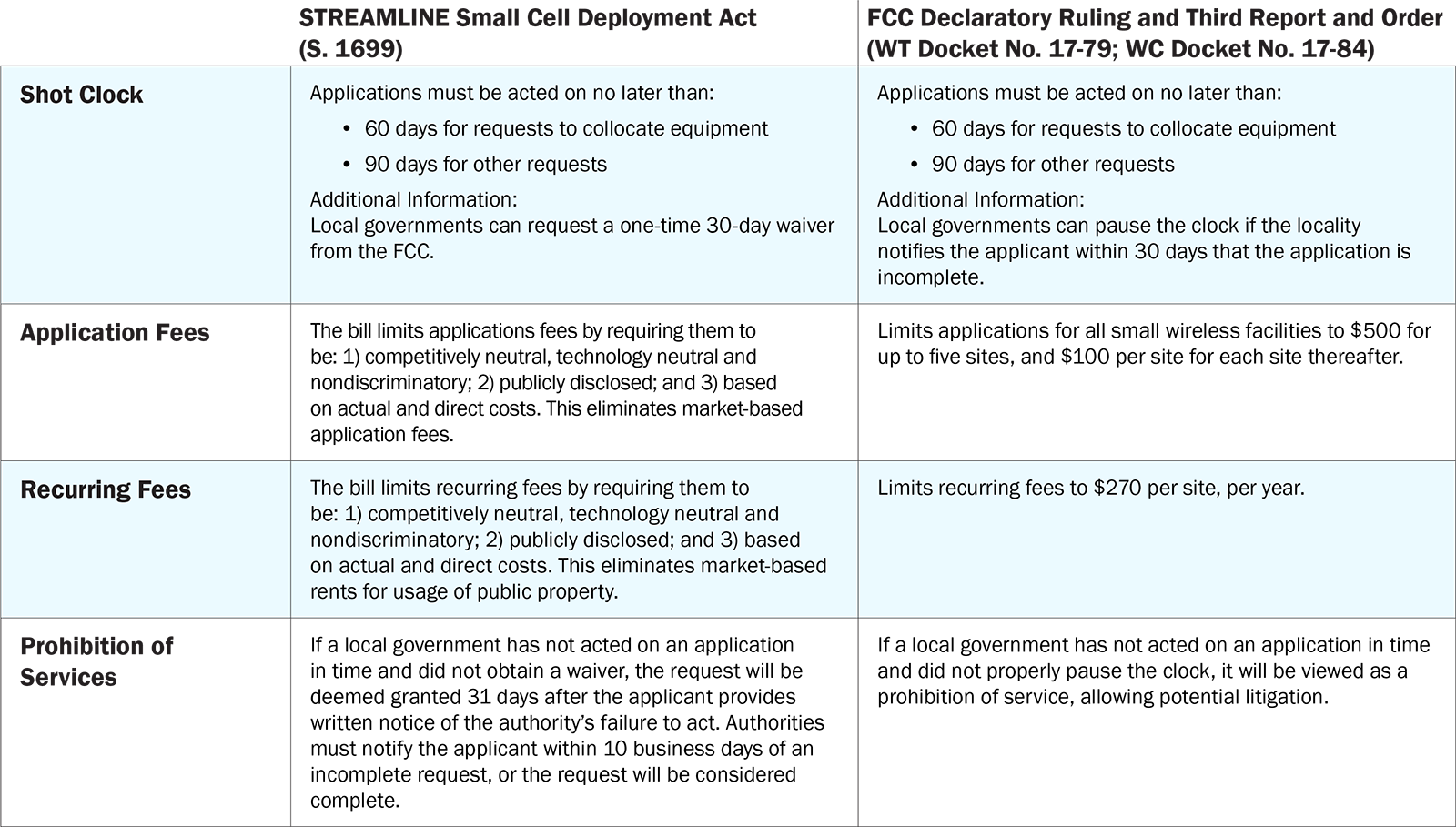 Local governments have expressed concerns that the proposed Senate bill and the FCC ruling would significantly limit local governments’ ability to properly regulate public property and rights-of-way. Narrowing the window for evaluating 5G deployment applications would effectively prevent local governments from properly examining the impact that construction, modification or installation of broadcasting facilities may have on the public health, safety and welfare of the local community.

How You Can Take Action

The path forward for the STREAMLINE Act is unclear. The legislation has been introduced in the Senate, but has not seen any action. In the House of Representatives, a companion bill has yet to be introduced.

NACo encourages county officials to tell their members of Congress to oppose the STREAMLINE Act.

The FCC 5G regulation went into effect on January 14, 2019 and counties nationwide now face enforcement action if wireless providers or other small cell applicants challenge them in court. H.R. 530 and S. 2012 would electively rescind the controversial rule and retain local authority of public rights-of-way.

NACo urges county officials to ask their members of Congress to support and cosponsor H.R. 530 and S. 2012, particularly members who serve on the House Committee on Energy and Commerce and Senate Committee on Commerce, Science and Transportation.

The STREAMLINE Act is currently introduced in the U.S. Senate and falls under the jurisdiction of the Senate Committee on Commerce, Science and Transportation. To date, the committee has held two hearings on 5G wireless broadband but has not taken any action on the STREAMLINE Act. 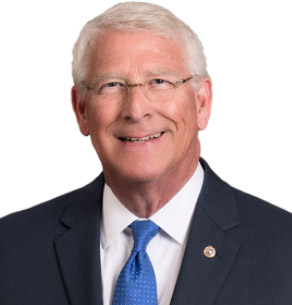 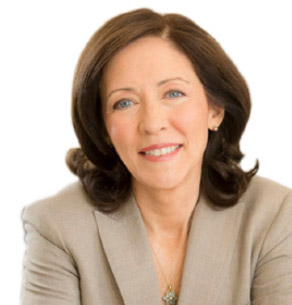 H.R. 530 falls under the jurisdiction of the House Committee on Energy and Commerce. To date, the committee has not taken any action on H.R. 530. 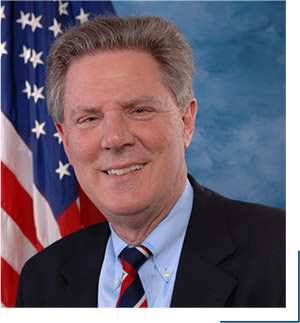 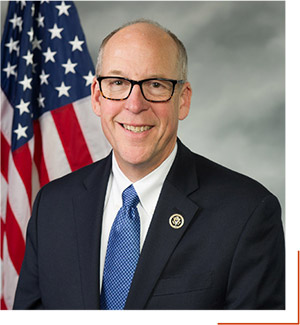 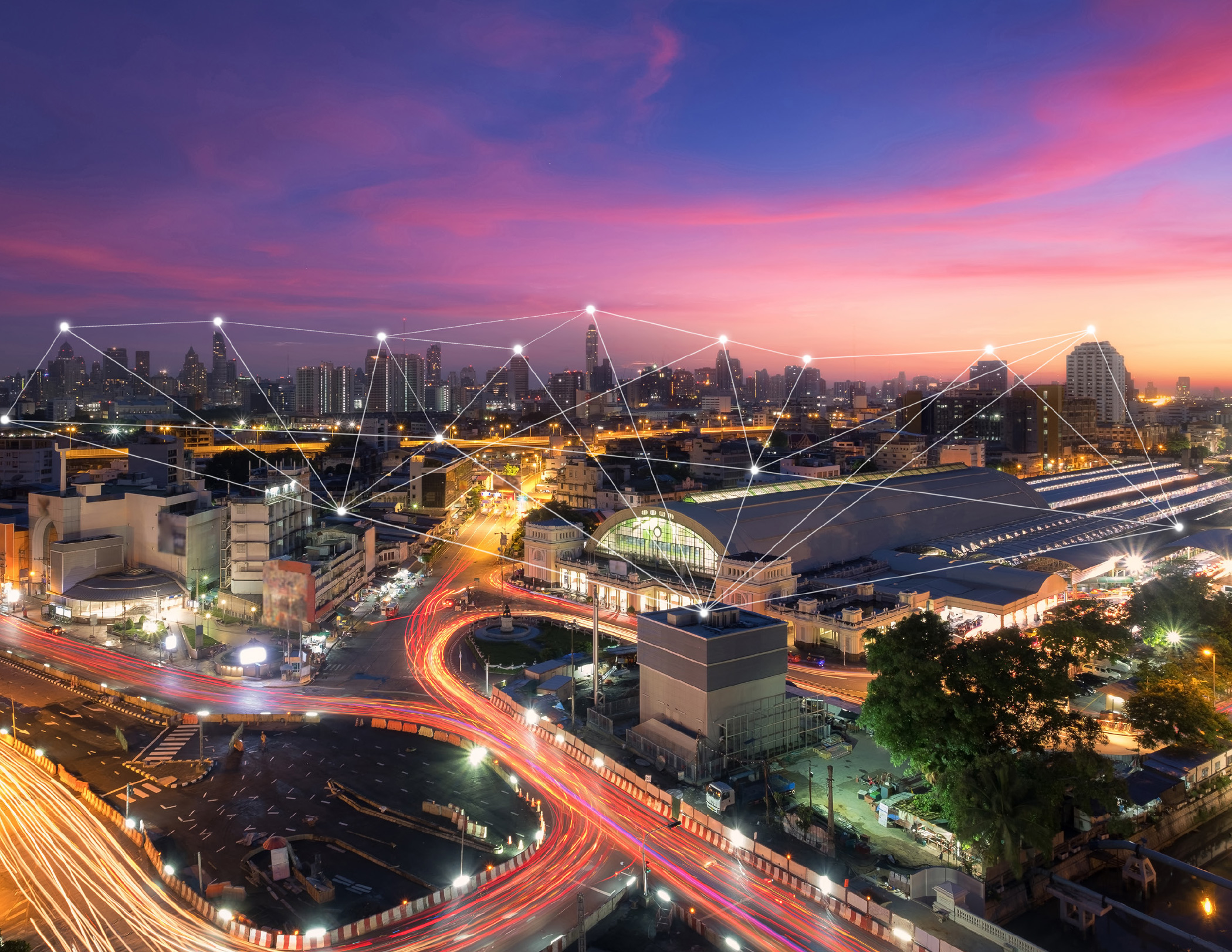