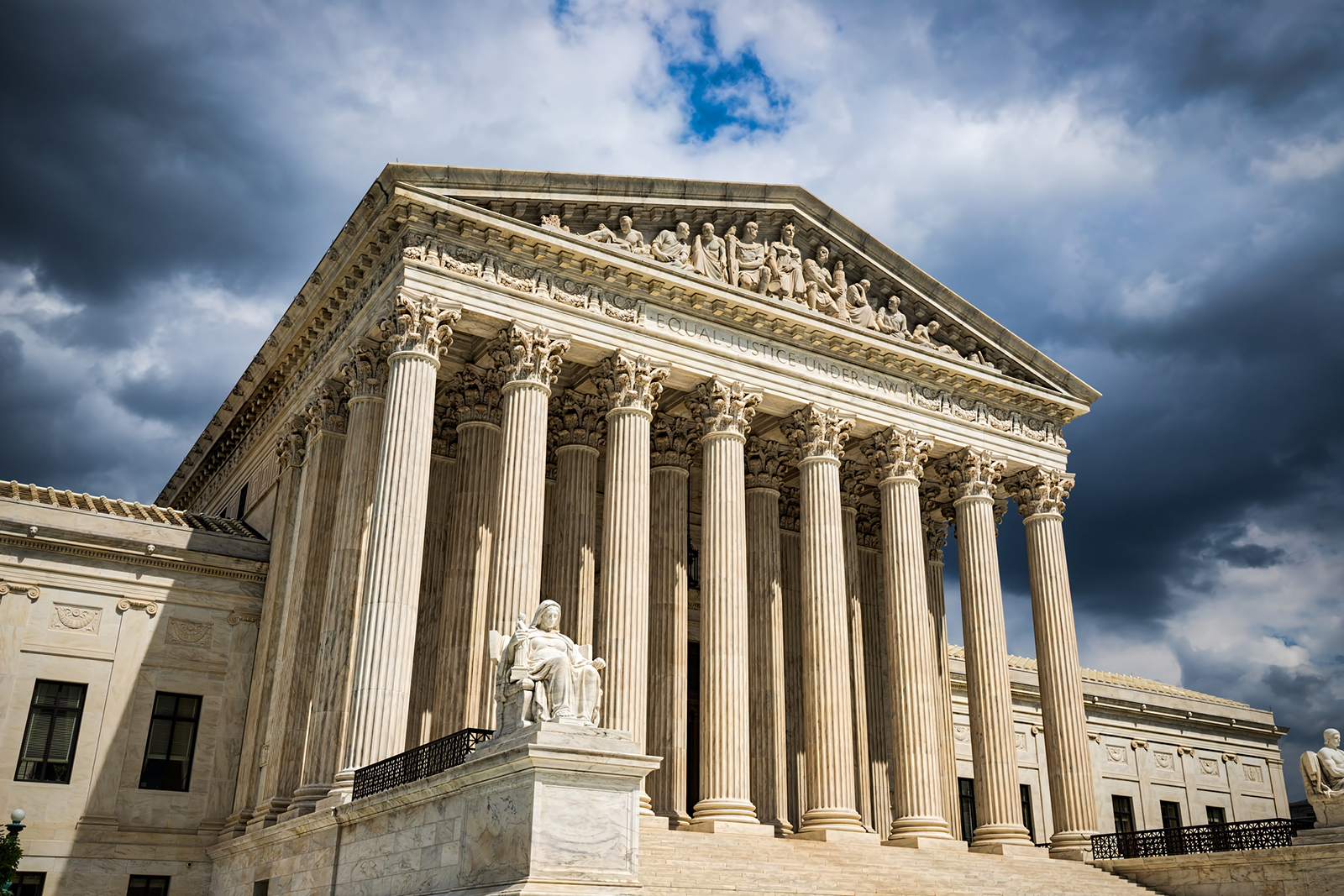 On October 5, the U.S. Supreme Court will officially begin its 2020–2021 session. Only eight justices will be on the bench for the beginning of the term due to the passing of Associate Justice Ruth Bader Ginsburg in September. The justices have agreed to hear thirty-seven cases so far this term and will deliver opinions on a range of high-profile cases in the coming months, including several that could impact counties.

​In this case, a Delaware attorney registered as a political independent has claimed that the First Amendment prohibits the governor from making judicial appointments based on political party. The governor of Delaware is mandated by a State Constitution requirement that seats on the state’s three highest courts must be balanced between the two major political parties. The Court will decide whether the First Amendment invalidates such a state constitutional provision.

The SLLC amicus brief argues that the requirement does not violate the First Amendment and that state and local governments should be able to “insulate certain decision-making bodies from the rough-and-tumble of partisan politics.” The brief points out that “Hundreds of state and local governments have made a thoughtful choice to use bipartisan decision-making processes, based on their conclusion that these processes will produce the best outcomes for their communities. They have reached this conclusion in myriad settings: from judicial selection, to elections administration, to ethics enforcement, and more.  A test which deems these reasonable choices per se unconstitutional would upend state and local governments and would defy common sense.”

Oral arguments for this case have been scheduled for October 5.

​In this case, the City of Chicago has refused to turn over Robbin Fulton’s car after she filed for bankruptcy. The car had been impounded pursuant to a City policy because Fulton had three or more unpaid fines. The Court will decide whether an entity in possession of property in which a bankruptcy estate has an interest is required under the Bankruptcy Code’s automatic stay, 11 U.S.C § 362, to return that property immediately upon the filing of the bankruptcy petition.

The SLLC amicus brief asserts that a local government does not need to immediately return a vehicle impounded because of code violations upon a debtor filing for bankruptcy. Instead, the brief argues, a bankruptcy petitioner should have to file an adversary proceeding to obtain the release of a vehicle. According to the brief, “[t]his rule protects the efficacy of traffic and parking regulations, as well as avoiding perverse incentives for owners of impounded vehicles to file bankruptcy petitions.” The brief also points out that “construing the automatic stay as requiring the immediate release of assets would undermine the government’s ability to enforce tax, licensing and regulatory laws.”

Oral arguments for this case have been scheduled for October 13.

In this case, police officers approached Roxanne Torres on suspicion she was the person they intended to arrest. Torres got inside a car and drove at one of the officers who fired at Torres through the windshield. Torres was shot twice. Torres claims the police officers used excessive force against her in violation of the Fourth Amendment. The Court will decide whether an unsuccessful attempt to detain a suspect by use of physical force is a “seizure” within the meaning of the Fourth Amendment or whether physical force must be successful in detaining a suspect to constitute a “seizure.”

The SLLC amicus brief argues that a Fourth Amendment “seizure” has not occurred when police unsuccessfully attempt to restrain someone using physical force. Among other arguments, the brief provides practical reasons for rejecting Torres’s argument. “Fleeing suspects place officers and the public at risk, and [Torres’s] proposed definition would increase incentives to flee. In response, officers may be chilled from using the force necessary to bring suspects under physical control for fear of facing unwarranted excessive-force claims. Permitting individuals who flee to bring a Fourth Amendment claim would not deter unlawful police conduct, given that officers will not know in advance whether suspects will resist and evade capture.”

Oral arguments for this case have been scheduled for October 14.

For more information or questions, please reach out to Daria Daniel, NACo Association Legislative Director, at ddaniel@naco.org or 202.942.4212.