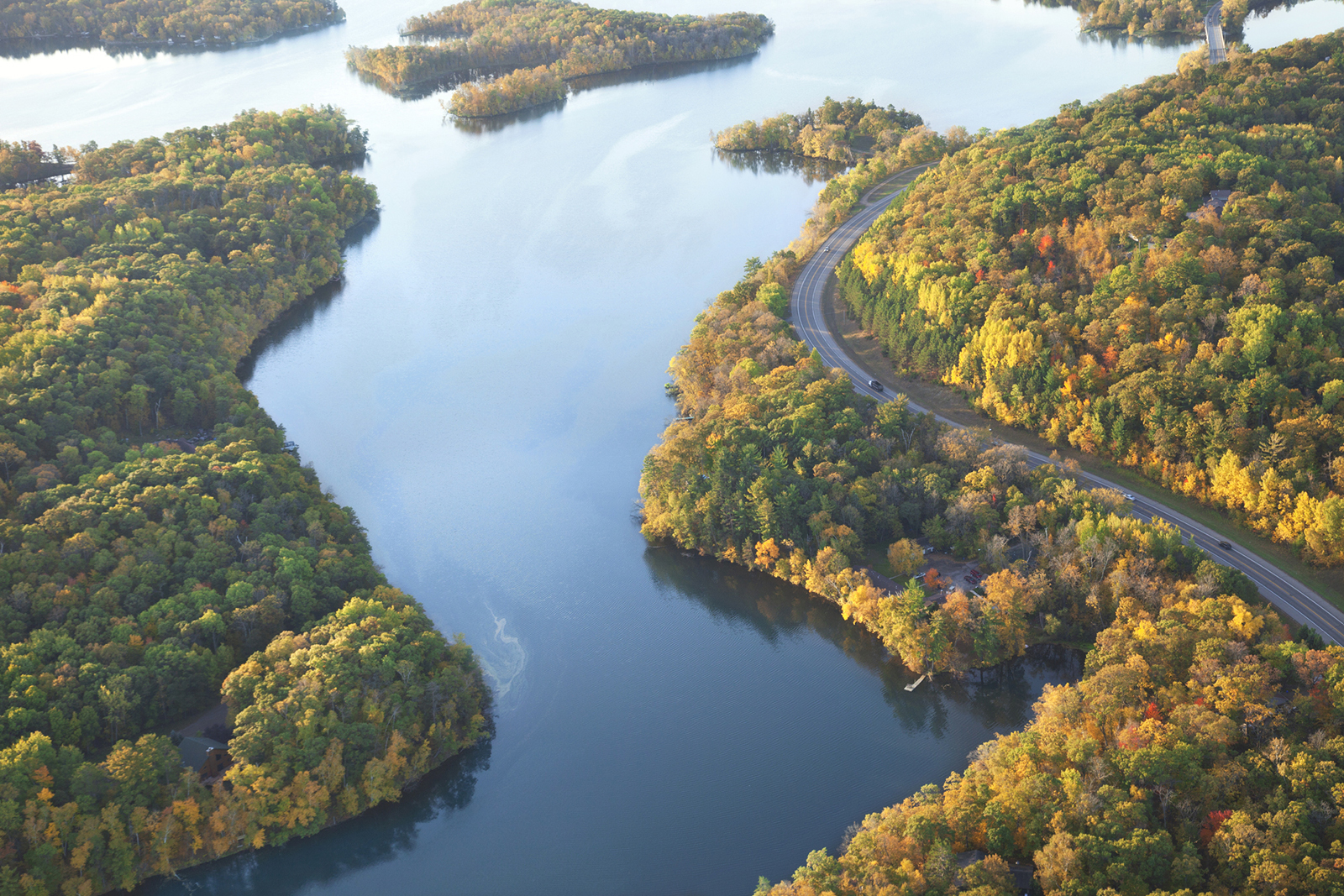 Counties are encouraged to provide input and feedback on the administration’s revised WOTUS definition by submitting comments to the EPA and Army Corps Comments on the proposed WOTUS rule are due by April 15, 2019

On February 14, the U.S. Environmental and Protection Agency (EPA) and the U.S. Army Corps of Engineers (Army Corps) officially released the Trump Administration’s proposed new “Waters of United States” (WOTUS) rule defining which bodies of water are subject to federal regulations under the Clean Water Act (CWA). This action represents the second step in the process taken by the EPA and Army Corps to review and replace the Obama Administration’s 2015 WOTUS rule. The proposed rule’s public comment closes next Monday, April 15, 2019.

Counties are encouraged to submit comments to both agencies and provide examples of how the proposed rule would impact county-owned infrastructure, including roads and roadside ditches, drainage and irrigation conveyances, flood control channels, bridge construction and rehabilitation projects and stormwater and wastewater facilities. Additional suggested amendments to the proposed rule are also encouraged.

The agencies will accept written comments on the proposed WOTUS definition until Monday, April 15 through the Federal eRulemaking Portal at www.regulations.gov. Please identify Docket ID No. EPA–HQ–OW–2018– 0149 in your comments.

ABOUT THE PROPOSED RULE

The new proposed definition would create six categories of regulated waters and 11 exemptions. The six categories of WOTUS include: traditional navigable waters; tributaries; certain ditches; certain lakes and ponds; impoundments; and adjacent wetlands. The proposed rule specifies that if water does not meet one of the six listed categories, it will not be considered a WOTUS and clarifies that certain other waters will also no longer be considered a WOTUS, such as ditches that are only wet during rainfall events, groundwater, stormwater control features, wastewater recycling infrastructure built in uplands, converted cropland and waste treatment systems.

While the proposed rule attempts to draw a bright line between tributaries and ditches, there remains uncertainty about when a ditch may be jurisdictional. For example, while tributaries are defined as “naturally occurring surface channels” and ditches are defined as an “artificial channel used to convey water,” there are some cases when ditches may be considered jurisdictional under the tributary definition. For example, some roadside and drainage ditches built decades ago in natural stream systems would be jurisdictional if the ditch has year-round or intermittent (seasonal) flow. However, ditches that are only wet during rainfall events would not be jurisdictional under the proposed rule.

Under the proposed rule, the following types of county-owned infrastructure may be jurisdictional:

Counties ask that the agencies establish a categorial exemption for ditches that are intended for public safety.

The proposed rule’s definition for “intermittent” is cause for concern

In lieu of setting a baseline for what the term intermittent means, the agencies have indicated that the term will be defined at the regional level, which means definitions could vary and be applied differently across the country.

Additionally, it has been noted by county experts in the field that, in some parts of the nation, there is very little difference between the definitions of intermittent (seasonal) and ephemeral (rain-fall events). This may lead to additional confusion.

Counties ask that the agencies clarify how “intermittent” will be defined at the local level. For example, which federal agency would take the lead, how will the geographic region would be determined (i.e. via Army Corps or EPA district, state, watershed, etc.) and how will regional district offices crafting a regional intermittent definition include state and local governments in the process?

NACo is generally supportive of these exemptions, with a few exceptions.

There are two outstanding questions within this section. First, while the agencies indicate that the term “upland” is understandable to agency staff and practitioners in the field, it is not well-understood by the everyday person. Since WOTUS is steeped in the Commerce Clause, the term upland becomes especially important for those local governments who built their counties, cities and towns alongside major shipping channels. Usually located alongside rivers, lakes and territorial seas, these communities are generally located in low-lying or coastal areas with high groundwater tables. For these areas, the term “upland” is more uncertain, especially if part of the stormwater system was historically a wetland but has been drained over the years.

Counties request that the agencies clarify the use of the term uplands for stormwater systems, including whether or not the whole system is jurisdictional if the system is only partially constructed in uplands.

Second, the agencies ask for comments on whether the proposed stormwater control features exclusion should be expanded or clarified to include permitted municipal separate storm sewer systems (MS4s). If so, the agencies request comments on whether the exclusion would apply to the entire MS4 or limited portions of the system. These questions are directly relevant to any local government who uses a natural stream as part of their MS4, which is permitted under the CWA Section 402 National Pollutant Discharge Elimination System (NPDES) permit program.

The Section 402 permit program contains limits on what can be discharged into the stormwater system, includes monitoring and reporting requirements and provides parameters for how water can be treated and cleaned before it is released into a jurisdictional WOTUS, which is regulated under the CWA Section 404 for construction and maintenance activities. The important distinction between Section 402 and 404 is that polluted water cannot be legally “treated” in a WOTUS. If a stream within a MS4 is designated as a WOTUS, that would automatically set up a conflict between the CWA Section 402 and 404 permit programs and could open a legal quagmire for both the CWA and local governments.

Within the proposed rule, the agencies are asking for comments as to how they could establish an approach to authorize states, tribes and federal agencies to establish geospatial datasets of WOTUS, as well as waters that the agencies propose to exclude in the rule.

While the question focuses primarily on other levels of government, counties collect a variety of Geographic Information System (GIS) related data which we use internally and often share with states. This data is used for comprehensive planning, transportation, growth development, redistricting and other uses.

NACo recommends that counties explain how and why we collect data and how it may be used to create a nationwide WOTUS map.

“Waters of the U.S.” (WOTUS) is a term used in the Clean Water Act to determine what waters and their conveyances fall under federal and state permitting authority. In 2014, EPA and the Army Corps undertook an effort to rewrite and expand the current WOTUS definition. In 2015, the Obama Administration finalized a new definition of WOTUS, which was immediately challenged in the courts. NACo has expressed multiple concerns on the 2015 WOTUS rule's impact on county-owned and maintained roadside ditches, bridges, flood control channels, drainage conveyances and wastewater and stormwater systems and has called for the final rule to be withdrawn until further analysis and more in-depth consultation with state and local officials be completed.

Currently, the 2015 WOTUS rule is currently in effect in 22 states (California, Connecticut, Delaware, Hawaii, Illinois, Maine, Maryland, Massachusetts, Michigan, Minnesota, New Hampshire, New Jersey, New York, Ohio, Oklahoma, Oregon, Pennsylvania, Rhode Island, Tennessee, Vermont, Virginia and Washington), while regulations from 1986 are in effect in the other 28 states. As a result, in February 2017, President Trump released Executive Order (EO) 13778: Restoring the Rule of Law, Federalism, and Economic Growth by Reviewing the “Waters of the U.S.” Rule, which instructed the EPA and the Corps to review and rewrite the 2015 WOTUS rule.