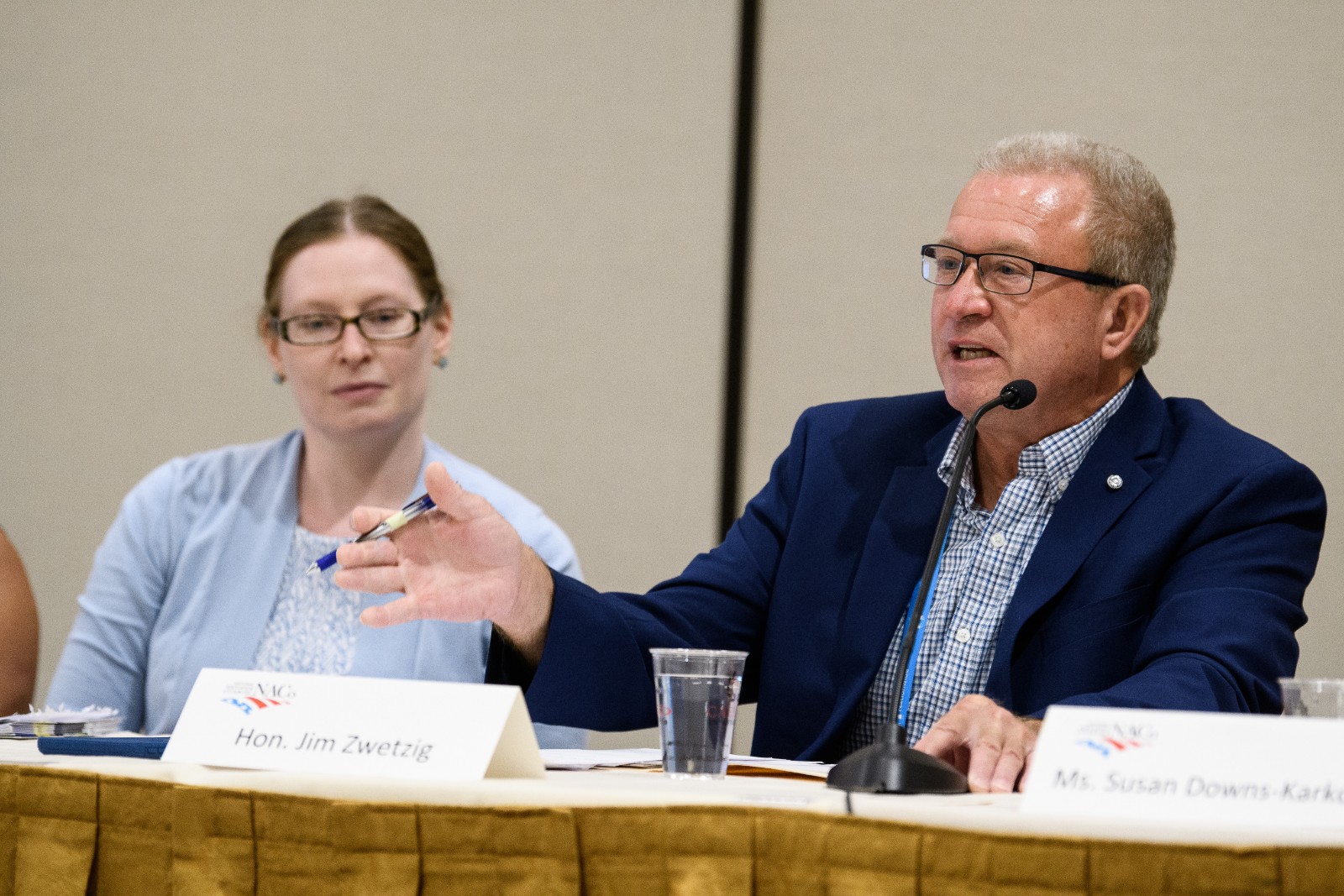 Jim Zwetzig, a Morgan County, Colo. commissioner, explains why his local nonprofit has done a more effective job helping immigrants integrate than a government directive would have done. Amanda Bergson-Shilcock of the National Skills Coalition is to his right. Photo by Denny Henry.

In order to filter by the "in queue" property, you need to add the Entityqueue: Queue relationship.
Without a federal policy on how best to integrate immigrants, the onus falls on state and local governments and nonprofit organizations to ease new arrivals’ way into the communities in which they’re settling

Without a federal policy on how best to integrate immigrants, the onus falls on state and local governments and nonprofit organizations to ease new arrivals’ way into the communities in which they’re settling.

The nonprofit Welcoming America aims to help communities become more welcoming by creating a network of local governments and nonprofits that want to work to put in place the programs and policies that work to ease integregration.

“We don’t want to just stop with tolerance,” said Susan Downs-Karkos, the group’s senior director of external affairs. “Where there isn’t a sense of social cohesion, we want to help people recognize what they have in common with each other.”

Welcoming America has created a certified welcoming program, and Salt Lake County is the first county to be certified. Roughly 13 percent of its population is foreign born.

The county operates the Mayor’s Office for New Americans, where Zee Xiao serves as director.

“It’s a priority because we value newcomers and the story of migration is still fresh in our minds,” Xiao said, referring to Mormons who settled Utah. “And economically, we know we can’t grow a state without immigrants.”

Though immigration is a politically divisive issue, Amanda Bergson-Shilcock, director of upskilling policy at the National Skills Coalition, pointed out that workforce and economic development are the most bipartisan areas for imigration. Immigrants make up one-sixth of the nation’s workforce overall, with higher proportions in different regions.

“In general, there’s a recognition that when immigrants want to be able to contribute to their best and highest ability that communities and their economies benefit,” she said.

She added that performing data studies of immigrant groups and their readiness to contribute to a local economy can help with that, so that whatever policy discussions can start with a foundation of facts, rather than speculation or fear.

About 10 percent of Morgan County, Colo. comes from East Africa, most of whom are refugees who work in the county’s meat packing plant. The local police force responds by engaging with the different populations and age groups within the populations.

“Though families share the same culture, a child in the school system thinks a lot differently than an adult working in the plant,” said Commissioner Jim Zwetzig, who is the vice chairman of NACo’s Immigration Reform Task Force.

He credited the nonprofit One Morgan County for doing much of the heavy lifting integrating the county’s refugee population. That work and involvement his local native Morgan County population has put into the organization has informed his beliefs in what government should and shouldn’t try to do in integrating new arrivals.

“To make integration work, it can’t come from government, and I mean that from the county government or the city government,” he said. “It has to come from people in the community.”