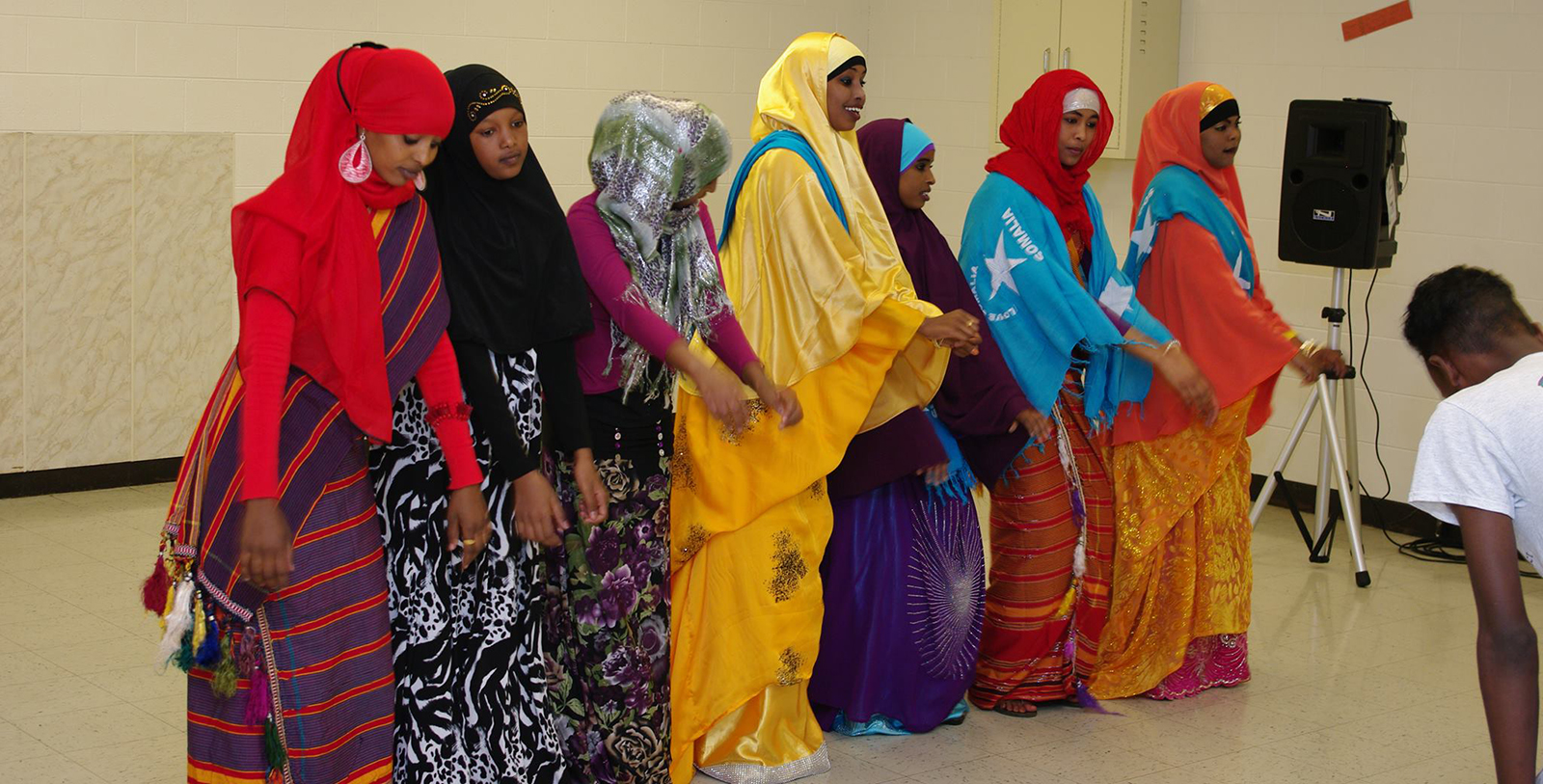 Ten years ago, Jim Zwetzig couldn’t have imagined that Morgan County, Colo., where he is a commissioner, would be home to a significant number of Somalis. But now 10 percent of his county of roughly 28,000 is a community of refugees from the Horn of Africa that is boosting the population in a time when many rural counties are losing people.

Only 42 percent of the nation’s 2,120 counties with populations fewer than 50,000 experienced growth in 2016. Resettlement of refugees, however, often drawn by jobs in meat processing, has benefitted some rural areas. Of the roughly 80,000 refugees who enter the United State annually, 95 percent are initially resettled in urban areas, thanks to the greater variety of social services and the existing ethnic communities there.

“It’s like winning the lottery,” said Mallory Smith, director of the Columbus Junction Community Development Center in Louisa County, Iowa, where a Tyson poultry plant has attracted roughly 400 refugees from the Burmese Chin ethnic group. “It’s basically a lot of 25- to 35-year-olds coming here, starting families and becoming part of the community.”

Having a job is a must, though, and one industry, typically found near agricultural areas, is an eager suitor. The 2006 raids of Swift and Company meat packing plants by Immigration and Customs Enforcement put Midwestern plants on alert — they needed legal workers.

“It created a new benchmark for meatpacking plants, that said we have to have legalized, provable workers,” Zwetzig said. “If the Cargill (meat processing) plant was shut down for one day, that’s a potential loss of a million dollars.”

Refugees make for an ideal workforce, he said, because the demands of the job do not often trip over a language barrier and the refugees have employment authorization documents. They are eager to earn a living and set down roots.

“They come in with a job that provides health insurance and benefits, sometimes better than what other agricultural workers nearby have,” Zwetzig said. “Not many of them were placed here, but they moved from Minnesota once they started getting jobs.

“Resettlement agencies like to place people where they can find a community, so now that there’s one here, it’s now an option for primary resettlement.”

And Smith said it’s not hard to understand why rural areas can appeal to some refugees. “If you liked rural living wherever else you lived, you’re probably going to like rural living here,” she said.

A 2014 issue brief from the National Agricultural and Rural Policy Development Center suggests rural resettlement could be a win-win.

“With proactive policies and innovative companies, rural areas are not forced to stand by and watch as their towns depopulate,” Jeffrey Bloem wrote. “At the same time refugees can be given an excellent chance at rebuilding their life.”

“Five years ago, I was doing nothing with workforce development,” he said. “Now, it’s 70 percent of my time. When you look at our labor shortage, the role that Somalis play, right now, is key. We’re looking at 800 job openings in the county through the end of the year that we can’t fill.”

People aren’t beating down the door to move to rural areas. “Immigration is not a four-letter word here, we’ll take as much as we can get,” Armstrong said.

Barron Area School District Superintendent Craig Broeren said the influx of East Africans has been a benefit to the native students.

“When these kids leave Barron County, they’re going to encounter a more diverse world than they were used to a few years ago,” he said. “Their exposure to a multicultural environment at home will prepare them for when they go out into the world.”

There are some costs, including establishing a transportation service to shuttle workers to plants, Armstrong said of Barron County. Zwetzig said that Morgan County law enforcement are on alert to look out for Somalis who are new to driving, but are also patient with the refugees.

Smith pointed out most of the Chin refugees in Louisa County were on the younger side, not taxing the services provided for older residents.

But there are some cultural clashes and costs to the county. After a walkout at the Cargill plant, Morgan County social services worked overtime to meet the needs of 150 Somalis who felt their employer had not made appropriate religious accommodations.

“It was overwhelming, all of those people coming in at once,” Zwetzig said. “Usually our social services people spend a half hour with people. The language barrier was adding about an hour to each interview.”

That language barrier has also added a need to the county jail — providing translators for a bevy of new languages.

Smith said what would appear to be a drawback of working in a rural area — not having a dedicated department to work with refugees — ends up benefitting both sides.

“That we don’t have an agency to settle people gives us an advantage because now we’re all in the resettlement business,” she said. “Every department that interacts with them gets involved and learns something (and they learn about how the government works), because it isn’t someone else doing all of the work for them.”

Though some communities are wary of an influx of refugees, often citing concerns that they will not embrace the local culture, Barron County’s Armstrong said it was reasonable to be patient.

“We’d love them to come here and get involved, to be part of the political process, but it takes time,” he said. “They’re getting their feet under them after years of moving around.”

Tensions between natives and newcomers can flare, but Zwetzig said that in Morgan County, a measured response and a good relationship with the nonprofit One Morgan County, which fosters intercultural cohesion through programming, has helped.

“We’ve had a few incidents involving the Somali community that boil down to things teenagers of any background would be doing,” Zwetzig said. “The homelessness that’s resulted from the state’s legalization of marijuana has created more of a concern to, me.

“It’s important not to overact to any situation.”

Armstrong said he actively recruited the Somali population in Barron County to participate in the county’s placemaking initiatives — soliciting community input into the use and design of public spaces.

Barron County Administrator Jeff French saw his county’s Somali refugees’ drive to adjust to their new homes several years ago when he taught English as a Second Language and math to them.

“It was a hot summer day and the power went out — no lights, no air conditioning,” he said.

“I figured that would be it, they would just go home. We took a break and one of their leaders came up to me said, ‘We will stay, you will be able to teach. In Somalia, we go class under a tree.”

Smith said a major cultural bridge between the Chin refugees and the people of Louisa County was a Methodist congregation’s offer for the Chin to use their church on Sunday afternoons.

“They’re refugees for religious reasons, so it’s very important to them, and having their own church building lent them a sense of belonging,” she said. “Another dialect uses a Presbyterian church. So, people have been very welcoming.”

Speaking for the city of Columbus Junction, she said, “We are pretty conscious to take their point of view and say: 'Wouldn’t it be nice to know people are glad you’re here? We hope it goes well.’”

For many, they hope it’s the end of a long journey.

“They aren’t settled, they left home, were in a camp, now they’re here,” Smith said. “We want to tell them, ‘you’re home now.’”