In order to filter by the "in queue" property, you need to add the Entityqueue: Queue relationship.
Doug Hoelscher, White House director of intergovernmental affairs, reaffirmed the administration's commitment to county governments, while speaking at the General Session

Doug Hoelscher, White House director of Intergovernmental Affairs, is no stranger to county elected officials. Not after playing a part in the Trump administration’s invitation to each of them to visit the White House and meet with administration officials over the past two years.

“Our ongoing state leadership days initiative is a real tribute to this ongoing relationship,” he told the Opening General Session audience on Saturday.

More than 2,000 county officials accepted the invitation to 35 events at the White House, and the series is continuing, allowing newly elected county officials, on a regional basis,  a chance to meet administration staffers. He cited Governing’s recent story How President Trump Became Counties' Best Friend and Biggest Ally.

“(President Trump) has actively solicited your input in underscoring our commitment to federalism and moving decisions out of Washington and respecting local leaders,” he said.

He picked a crowd-pleaser as an example: the new Waters of the United States rule in the Clean Water Act. It’s predecessor had long been the target of county governments’ ire.

“This new rule will increase predictability and consistency by creating a definition that is more easily implemented,”he said. “For too long in Washington, bureaucrats valued control over improvement and process over progress. That is changing thanks to President Trump’s leadership.” 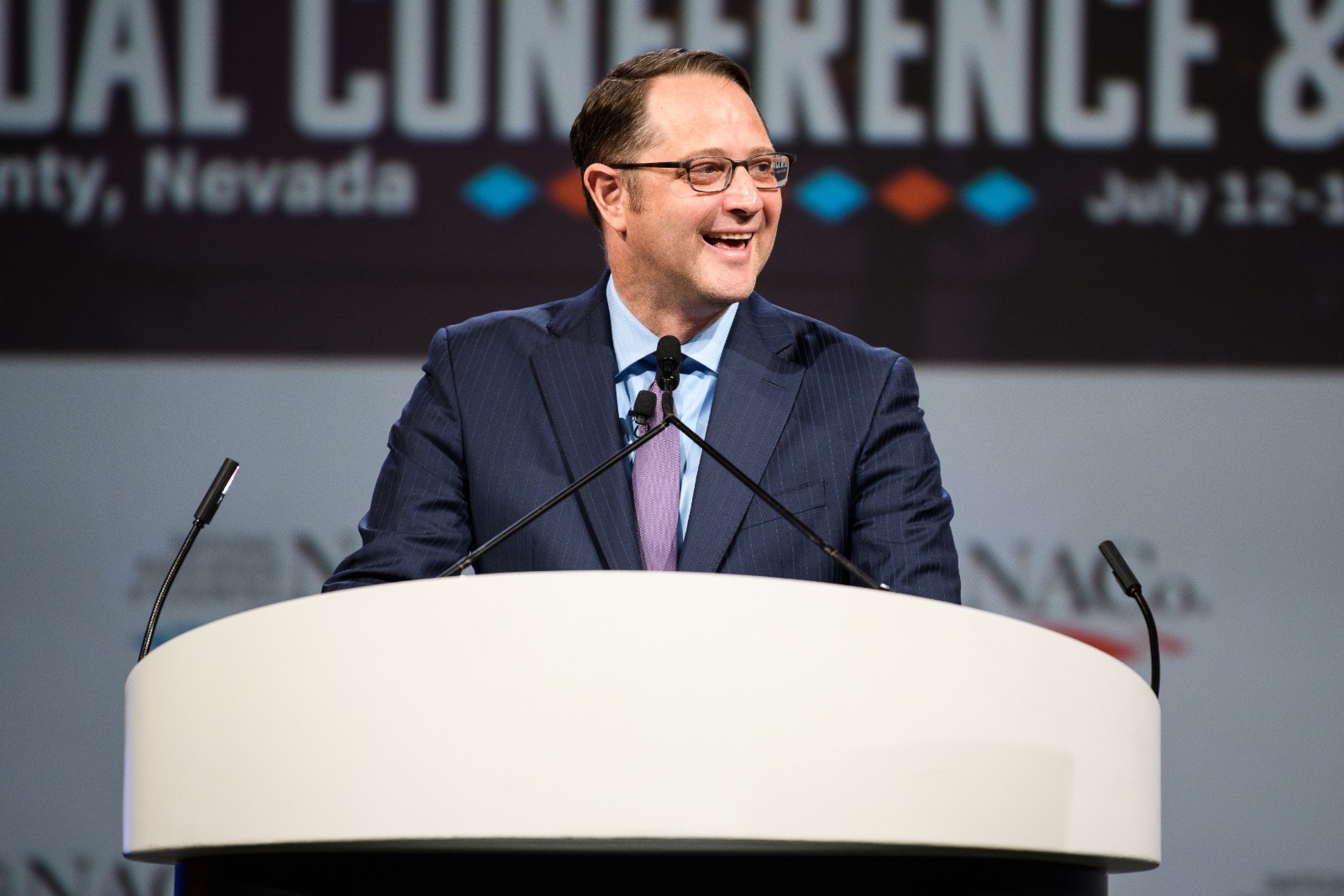