We Interrupt This Budget

If your county’s annual budget process reminds you of watching reruns of “Gilligan’s Island” — a bunch of smart people stuck on the same pile of sand who just keep missing the boat — maybe it’s time to change the channel.

Most counties have been budgeting the same way for as long as anyone can remember. They start with last year’s spending and make changes incrementally — a little more or a little less, depending on the revenue forecast. Department heads take their funding levels for granted, interest groups howl at even the tiniest cuts and overworked budget analysts are more concerned with getting the numbers to line up than what results are being produced for the dollars spent.

Over time, the budget comes to resemble an island. It is a mountain of decisions made over the years, hard and immovable, only a sliver of which is visible to the eye.

In their 2004 book The Price of Government, David Osborne and Peter Hutchinson gave us a radical alternative to traditional budgeting, which they called Budgeting for Outcomes. The book is mostly forgotten today, but it made a big impact on me, and I have devoted much of my career, including 10 years as budget director for the City of Baltimore — a NACo member — to shifting budgets from static to strategic.

First, it changes the starting point of budgeting from how money was spent the year before to what residents want to achieve in the future.

Second, it allocates funding to outcomes instead of departments or agencies.

Third, it opens up the budget discussion to voices that haven’t been heard from before.

Sometimes it seems like there is no force in the universe greater than the inertia of a government budget. Breaking that inertia requires changing our point of reference. Focusing on outcomes — those measurable improvements we want for our communities — forces us to ask whether continuing the current fiscal course will get us to where we want to go.

In Baltimore, we chose outcomes that represented the city’s most urgent challenges such as reducing shootings, improving infant health and revitalizing vacant housing. The data on all of these outcomes showed us that change was needed and gave us a new perspective on the so-called “sacred cows” in the budget, which hadn’t ever been seriously questioned.

The sacred cows included police staffing. We had to confront the fact that law enforcement alone was not the answer to our crime problems and that the cost of the police department was crowding out funding for longer-term violence reduction strategies, like youth development, and innovative practices like Operation Ceasefire. BFO helped us reprioritize our budget to look forward instead of backward.

In traditional budgeting, departments come to feel entitled to a base funding level. Each year, they are given spending targets based on the revenue outlook. In years when revenue is down, the targets are cut across the board, because that seems fair and is easy for county leaders to explain to their department heads, residents and others who count on government funding.

The truth is that across-the-board cuts punish high-value programs and protect those that aren’t getting results. Underperforming programs are easily hidden within large line-item budgets and can go undetected even by snooping budget directors.

BFO makes hide-and-seek budgeting a thing of the past.

At the beginning of the BFO planning process, county leaders allocate available funding to outcomes, not departments. If you want to understand why this is important try a fun exercise: give each member of your leadership team $100 of Monopoly money and ask them to distribute them into paper bags representing your county’s outcomes (or goals or priorities, or whatever you call them), then tally up the dollars and compare to your actual budget.

In Baltimore, the difference was dramatic, as you can see in the bar charts above.

It turns out that, over time, the way base-funding is organized can become disconnected from the results that political leaders want to achieve, the needs of the community, the performance of services being funded and the conversion of dollars into units of service performance, such as trash pickups, street light uptime or high school graduates.

With funding organized by outcome, BFO’s next step is to have departments compete and collaborate for funding on the basis of the value their programs have to offer.

“Value” is something that everyone understands. It is that balance of price and quality that we look for when we are buying a car, a dishwasher or even a pound of ground beef.

When we introduced Outcome Budgeting to department heads and program managers in Baltimore, we told them that value is results per dollar spent. This equation is government’s bottom line.

We wanted them to write budget proposals that boosted the bottom line in one of three ways:

More results for the same money, or

The same results for less money, or best of all

With budget proposals that explain the value of each and every service in county government, you are ready for a whole new kind of budget discussion.

Opening up the budget discussion

The third disruptive innovation of BFO is Results Teams. Results Teams are groups of employees and community members — one for each outcome — whose job it is to advise county leaders on how to get the most possible value from available dollars. They bring expertise and a fresh point of view to deliberations that have historically taken place behind closed doors.

If you think of budgeting as purchasing results, departments are the bidders and Results Teams are the purchasers. In the same way that a county procurement offices issues a Request for Proposals to buy goods and services, a Results Team issues a Request for Results (or RFR) to buy lower crime rates, cleaner air, faster commute times, etc. The teams then review and rank proposals and recommend funding levels within their outcome allocations.

Results Teams shine light into the black box of the budget, illuminating not only the funding tradeoffs that will advance county outcomes, but also the problems causing programs to underperform, be they management failures, poor design, external factors or insufficient resources. They are the heart of BFO.

Osborne and Hutchinson believed that governments faced permanent fiscal crisis. Even as the economy rose and fell, they predicted, the combination of an aging population, ever-growing health care costs and resistance to tax increases (among other factors) would produce perpetually unbalanced budgets and unrealized goals. If this is your county’s reality, get off your island and give BFO a try. 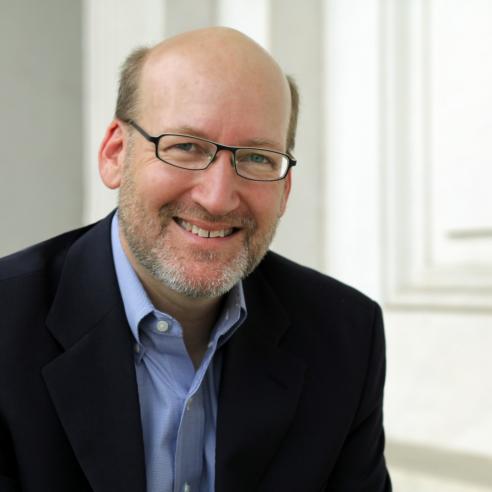