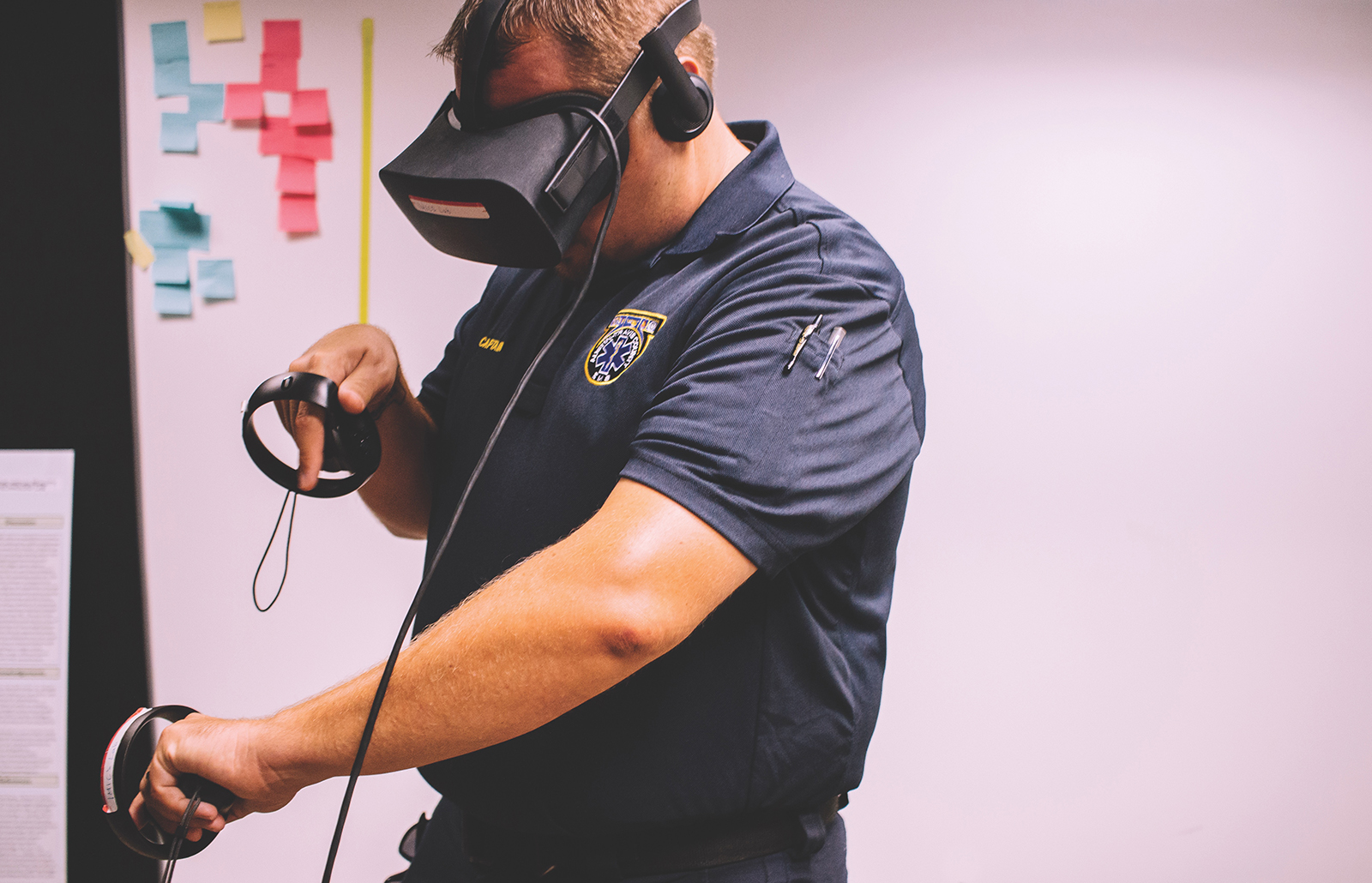 In order to filter by the "in queue" property, you need to add the Entityqueue: Queue relationship.
Travis County, Texas is using virtual reality to improve training for emergency medical technicians

Virtual reality can be more than just playing a 3D video game.

“I think it’s more than an entertainment technology,” said Scott Smith, a professor at Texas State University in San Marcos, Texas and president of Augmented Training Systems, a company that is focusing on developing training for first responders.

Austin-Travis County is using virtual reality to improve training for emergency medical technicians (EMTs) when it comes to their AMBUS, an ambulance bus that is used for mass casualty disasters.

The AMBUS is capable of transporting up to 24 seated patients at a time, according to Keith Noble, who is the commander over the homeland security and emergency management divisions with Austin-Travis County Emergency Medical Services (EMS). The vehicle can go 700 miles before needing to refuel and can remain stationary for up to three days.

There are currently 14 AMBUS units in the state of Texas that are used as part of a statewide response to large disasters, according to Noble. The AMBUS in Austin-Travis County is often used locally and serves as a first aid station at big events, he said. The most action it has seen so far was in 2017, during Hurricane Harvey.

The idea for the virtual reality training came when Noble was approached by the city’s Computer and Technology Management department which was looking for an idea to use virtual reality to submit for a grant. Noble said he had always been looking for ways to do different trainings with the AMBUS because it’s significantly different than a regular ambulance.

Austin-Travis County received the grant money for the idea and created basic, 3D mapping of the AMBUS similar to a Google map where a user can click around and see the inside of the bus.

The county entered another contest for a smart cities initiative and received a $35,000 grant to create a prototype using this new technology.

“It allows people to be immersed in situations they could not normally train in and be under stress and different circumstances that are hard to replicate and are real-life situations,” Smith said.

Smith spent time with Austin-Travis County EMS and Noble, who is a consultant for Augmented Training Systems, to better understand their training needs and find gaps in the process so they could focus on building an appropriate training modality.

“We wanted to make something that was more effective and allow them to have a system to move forward that we could adapt and evolve as their training needs evolved,” he said.

The company first designed a 360-degree interactive map that allows users to walk through the AMBUS. The map can be accessed at any time and from any location.

After designing the interactive map, they created a fully 3D-rendered AMBUS environment that can be used for different scenarios and allows the user to track their data for improvement. A user can put on a headset, move around the AMBUS, open drawers, find supplies and immerse themselves within the virtual environment as if the AMBUS was physically in front of them.

The company also created an augmented reality  environment which allows EMTs to use any space to project a holographic AMBUS that’s to the scale of the real AMBUS. Users can use an empty hallway or large room as their training space.

These methods provide EMTs with more ways to familiarize themselves with the vehicle and feel more confident in their emergency response skills when serving as AMBUS crew.

“They don’t really get training after that on the AMBUS until they’re thrown into the middle of chaos in the middle of a disaster like Hurricane Harvey,” Noble said.

What makes working on the AMBUS even more challenging is a different setup and layout compared to a regular ambulance, making it hard to find certain supplies and know where items are located.

The virtual reality prototype was tested during a cadet class.

“We tested how well things worked between VR [virtual reality] and AR [augmented reality] and just the regular training they get,” Noble said. “They greatly improved their knowledge of the bus and error rates and finding stuff.”

The virtual reality and augmented reality trainings improved cadets’ memory recall for locating objects by 45 percent and improved their speed by nearly 30 percent.

“Significant when you’re talking about trying to save lives,” Smith said.

During the training, cadets located certain items in the AMBUS while they were being timed. The VR system tracked their number of errors so they could review their progress.

The virtual reality training is more cost effective compared to in-person training, which can get expensive bringing in employees on overtime, Noble said.

He explained that EMS medics will now have annual, virtual training on the AMBUS to become more familiar with its inner workings. EMTs can access the program whenever they want a refresher or for “just-in-time training” to review material if they know a certain disaster may impact the area.

“For burning a building, you can only burn a building once,” Smith said. “With virtual reality, I can burn 27 different buildings with 27 different chemicals. I can create stress that normally can’t be created in a normal space.”

“Those situations are really difficult to train for in real life,” Noble said. “First of all, it’s very expensive and it’s also hard to replicate.”

He said the county wants to work on creating virtual reality training for infectious diseases in the future.

“For those types of events that happen very infrequently, once or twice a year, but it’s high risk, it’s life or death type situations, the virtual and augmented reality training has just become very useful,” Noble said.