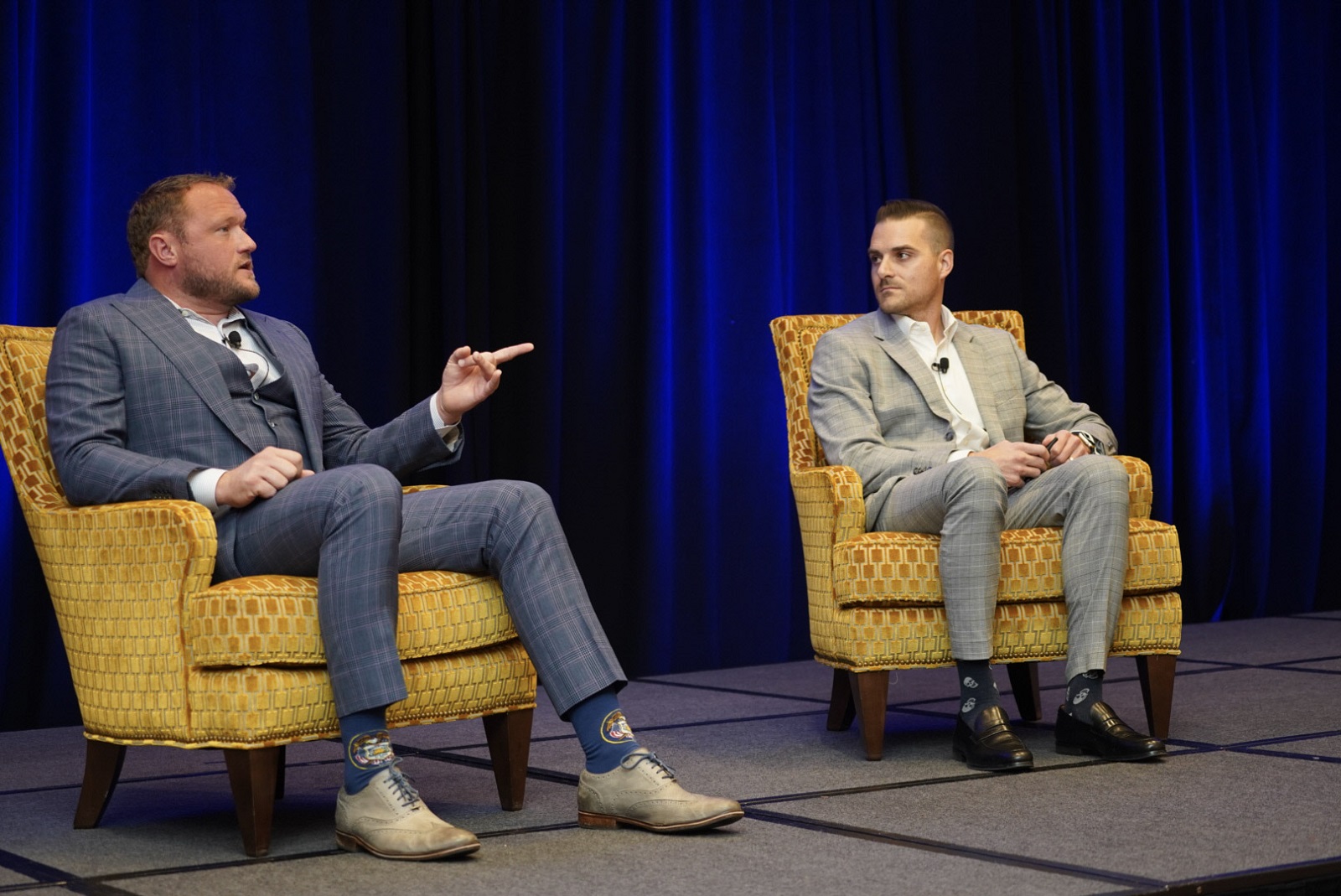 The Utah Association of Counties' pair of economic development specialists has been taking counties through the finish line securing new projects, and beyond

If rural counties in Utah are looking for an economic development boost, they just talk to their state association. They know a guy.

Or two guys, rather. The pair of staffers from the Utah Association of Counties who have been handing economic development efforts throughout the state aren’t looking toward the day a county signs a deal to be a company’s new home. They’re looking years down the road, making sure that home can support the new employees.

“The incentives are the easy part, getting the deal done, that’s traditionally where economic development stops,” Stuart Clason, the association’s regional economic growth manager, said during the Western Interstate Region General Session Oct. 14 in Salt Lake County. “You guys are grappling with things like how do you build out in your respective communities? Who do you go to for help if you’re not a Salt Lake County with 1,800 employees?”

Clason and Patrick Mullen, Opportunity Zone and financial incentives director for the association, operate like a tiny consulting firm, helping craft incentive packages and long-term, holistic development strategies. Clason has professional experience in public finance and Mullen has worked in private finance, giving them a broad perspective from which to approach their projects.

“You have a tremendous amount of population density along the Wasatch Front but the rest of the state is tremendously open,” Clason said. “That’s a core part of what makes our state’s identity, and it creates natural resources, but for very long it was just overlooked by the economic development sector. Our current administration would be the first to admit that that’s why they’ve prioritized rural development and that’s why it’s starting to shift.”

Mullen said that part of that shift involves looking beyond the traditional finish line of inking a development deal.

“What this was about was collaborating as a region to figure out where you could build clusters [of development]. It was about creating a framework. How do we figure out a holistic approach to get communities to aggregate together?”

And they come in with a better understanding of the details of nuances in each county and region.

The pair prefers to work with local associations of governments rather than grow their staff, which allows them to remain nimble.

“I don’t think that we’ve figured anything out,” Clason said. “I think the fact that we’re present and we get on the road and go do work and we don’t act like we have all the answers and have all the solutions, but we’re willing to roll up our sleeves and do work, has been very successful. The key to our success is that we show up.”

The pair sees their success in securing Economic Development Administration funding as validating that their approach is working, but they also like that their successes are building stronger networks within Utah and between the counties and their state association, rather than with consultants outside the state.

“They’re paying [the state association] money that would have otherwise gone to an economic development consultant,” Clason said.

Mullen said their approach also helps save counties the expenses that could hobble development projects before they start.

“When you start thinking about all of those pieces it almost gets impossible because you’re spending so much money up front — who has $50,000 to explore with an attorney what that looks like?” he said.