Tackling DEI from the inside out in Hennepin County, Minn. 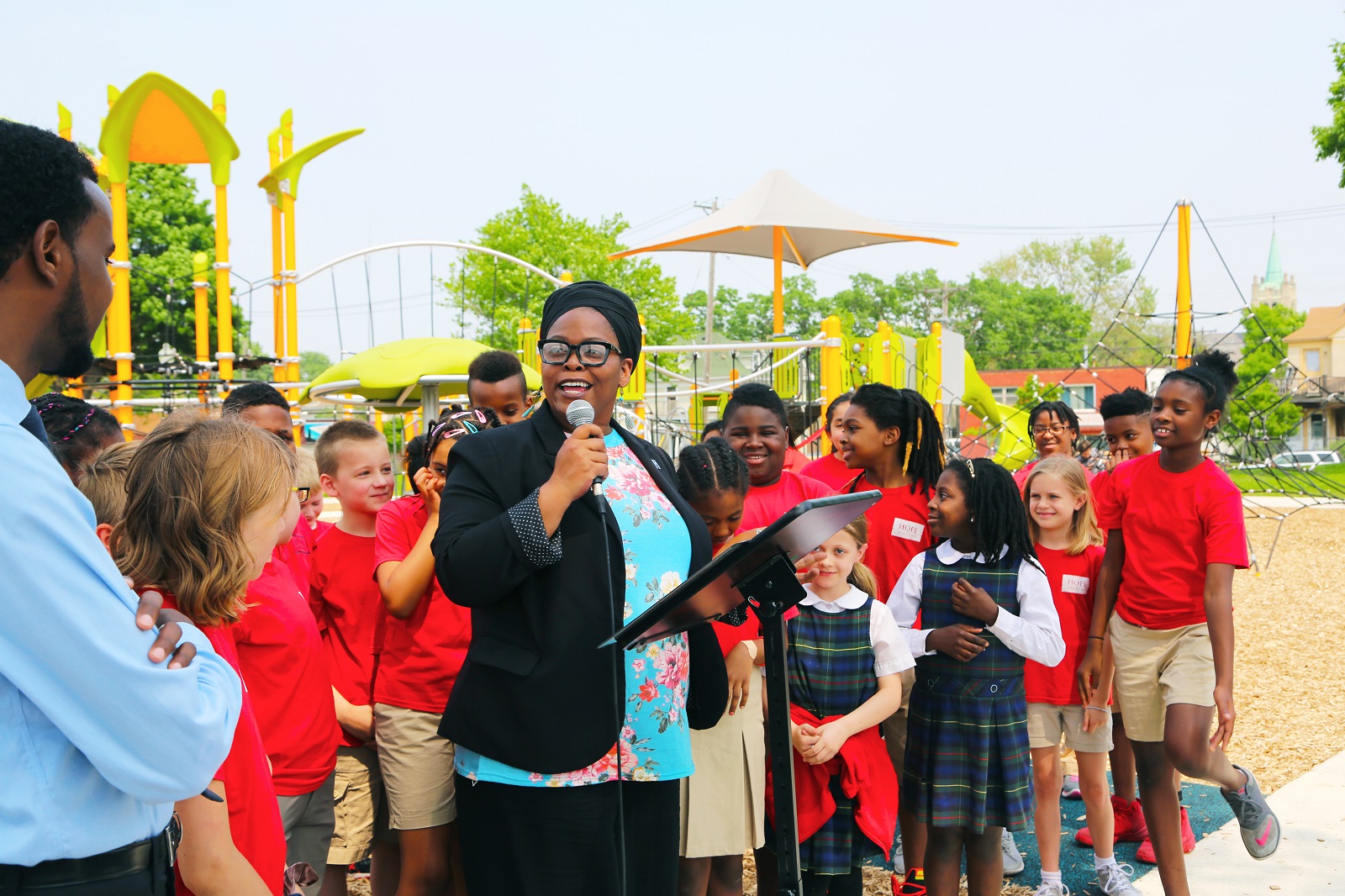 In order to filter by the "in queue" property, you need to add the Entityqueue: Queue relationship.
Hennepin County, Minn. Commissioner Angela Conley is a living, breathing example of the principles of diversity, equity and inclusion or more commonly called by its acronym “DEI.”

Hennepin County, Minn. Commissioner Angela Conley is a living breathing example of the principles of diversity, equity and inclusion or more commonly called by its acronym “DEI.”

“It’s the whole reason why I ran for this office,” she said.

More than 20 years ago, she was a young single mother at the county welfare office (as she noted it was called back then), applying for food support, cash assistance and childcare assistance.

“I was one foot away from homelessness — if it wasn’t for my sister’s basement,” she said.

“The county is where you go to receive the type of support we need to become self-sufficient, to thrive,” she said. But when she stepped foot inside the county office, she said she “felt like a case number.” It was that experience that inspired her to later work for the county.

Once she got on her feet, she applied for a job with the county, to be a human services representative, helping process TANF cases. “I wanted to be this warm, friendly face for people who were like me, at the end of their rope, I wanted to be that face who walked them through mounds of paperwork and made them feel human.”

Fast forward 20 years to 2018, when she ran for a seat on the county board. Knocking on doors asking people to vote for her as a county commissioner, she heard the same stories she had lived through.

“I was able to relate and say ‘Yeah, I’ve been through that, and this is the way I want to change the system to work better for us,” she said. “It’s overwhelmingly our most marginalized residents who have these experiences and it shouldn’t be that way.”

Not only had she lived through the kinds of experiences that many marginalized people have, but she worked internally to make those experiences different for other people. “I dedicated my career to it,” she said. She worked for 10 years for the county and 10 years for the state in human services positions “trying to make these changes from within, realizing that real power to make systemic changes happens on the county board. I knew I needed to be there.”

Conley was elected in 2018 as the first Black county commissioner in the county’s history. Election night “was overwhelming,” she said. “I couldn’t stop crying. My daughter was there, she was 6 at the time. It solidified for me that young women of color don’t have to sit and wait your turn.”

About 40 percent of Hennepin County’s population identifies as a person of color, she noted. Her election “just made sense to be reflective of that,” she said.

Transition from ‘worker role’ to policymaker

“As the saying goes, ‘you’re drinking from a fire hose,’ so there certainly was a learning curve,” Conley said of her first days on the job as a county commissioner. “I know the inside and outside of county government like the back of my hand. But being in a worker role as opposed to a policy-making role, that’s the learning curve.”

Homelessness was a top priority for Conley. “The year before I ran, and during the year I ran for this office, we had the largest homeless encampment that we had ever seen, and it was right in the district that I represent now,” she said. She was disappointed, she said, in how Hennepin County had failed to invest in shelter systems that “were inclusive, that were dignified and when you have that type of breakdown or lack of investment, this is what happens. People living outside in places unfit for human habitation.” She worked with Hennepin County and county staff to change that.

Before she was sworn into office, she rode a local train system overnight with a colleague from the St. Paul City Council and talked to people who were making the trains their home, asking them, “What’s wrong with our shelter system? Why don’t you want to stay there? The people who are living this are the experts, let’s learn from them,” she said.

“Over the last two years I’ve worked hard to open a shelter for women and we were able to do that. The number one group experiencing homelessness are Black and indigenous women. They needed safe places.”

The shelter passed the city zoning process this year. “We’re going to get people who identify as women into that shelter,” she said. “We were able to bring this to fruition. It was a full package of philanthropic, city, county and state funds. It was a matter of reaching out to the right people. It was beautiful how it came together.”

Conley created a race equity advisory council to report to the county board of commissioners. They present an annual report to let the county know where the greatest disparities exist in the county and advise the board on how they might dedicate funds on various initiatives. Last year, they advised the board to invest more in health equity. That prompted Conley to author a board resolution to add $10 million to support maternal and infant health of the Black and indigenous population.

She and a colleague (Irene Fernando) also co-wrote a resolution in 2020 to declare racism a public health crisis.

Food access and food inequity “have always been an issue, especially in the district I represent,” Conley said. Part of the district includes the campus of the University of Minnesota. While campaigning, students told her their top two needs were affordable housing and food access. “Students are hungry and they’re tired of making macaroni in their microwaves,” she said.

“I said, ‘You know what? We have a county office on campus here that renews drivers’ licenses and IDs, but why isn’t there a space in that office to apply for food benefits?’”

“We’re in the process right now of opening up space for students to apply for cash and food assistance,” she said. “The campus has never had that. We’re working on the logistics now. I believe in moving policy based on what people living it tell me. And when they’re telling me that they’re hungry and have no access to food on campus then that means we need to open access to food on campus.”

“When I first came to the board, and I was talking about the race equity advisory council, it was not a unanimous vote, racism as a public health crisis was a 4-3 vote,” Conley noted.

“These are new conversations to the board,” she said. “Our board is much different now, it’s much easier to have conversations about race and race equity than it was when I first started.”

“We’ve got to be uncomfortable,” she said. “If we’re comfortable, we’re not making substantial change.”