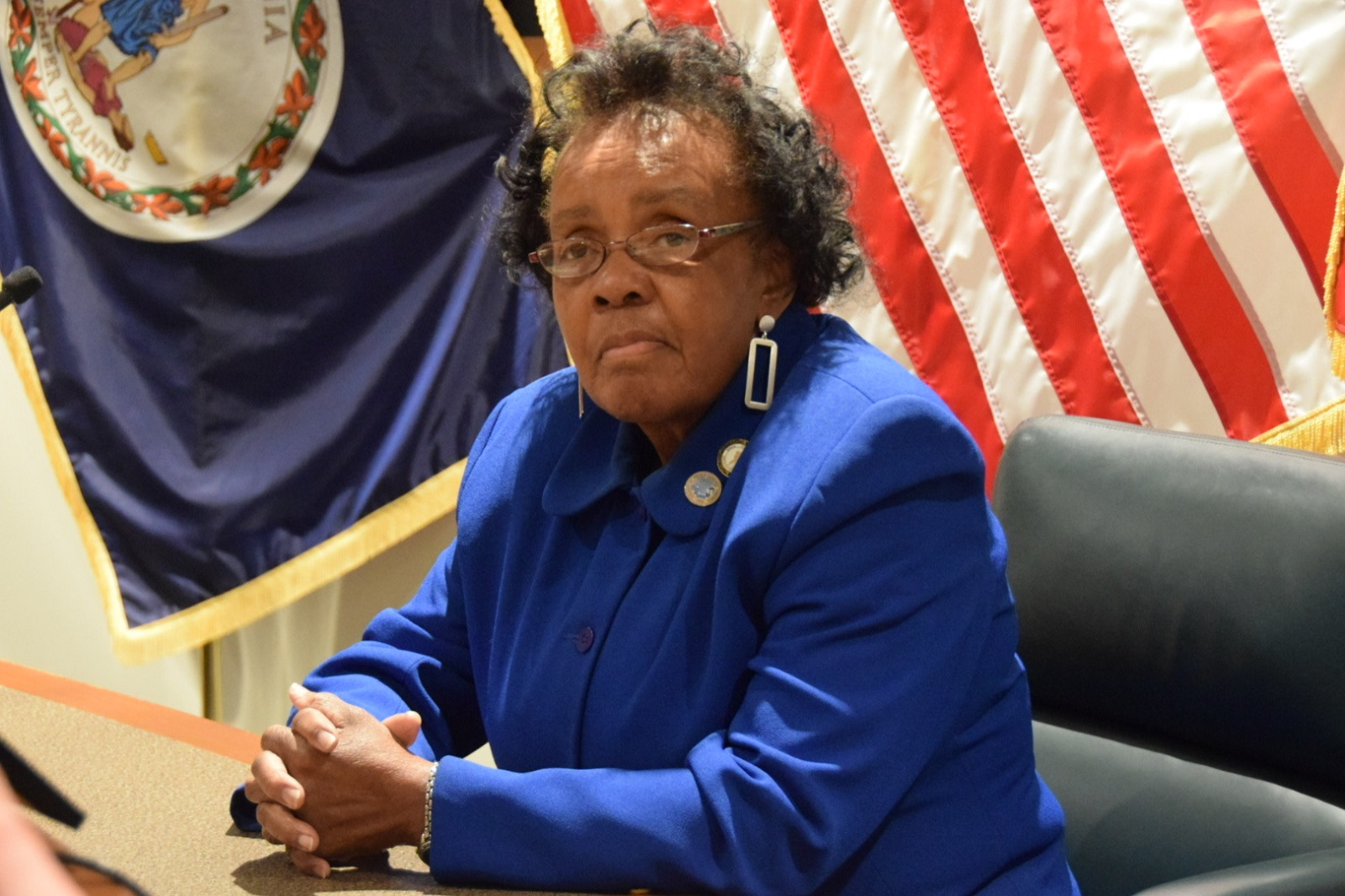 In order to filter by the "in queue" property, you need to add the Entityqueue: Queue relationship.
Prince Edward County, Va. Chair Odessa Pride remembers her county's past – having closed its public schools to resist integration – without letting it drag down its future.

Odessa Pride didn’t love her high school experience, being one of 15 Black students in recently integrated Charlotte County, Va. But despite the intimidation and overt acts of racism she experienced, she knew she had it better than her peers across the border.

In neighboring Prince Edward County, nearly 1,700 Black students spent five years fending for themselves for an education after the Board of Supervisors closed the public school system by eliminating its budget, the extreme end of Virginia’s “massive resistance” to the U.S. Supreme Court’s Brown v. Board of Education ruling. From 1959-1964, they lived with relatives near and far where they could go to school, traveled to a junior college in North Carolina or stayed home and worked, all of which begat long-term social, educational and economic consequences for a generation.

All of that was on the top of Pride’s mind throughout a career teaching English in Prince Edward County schools before serving as principal of the middle and high school she wouldn’t have been able to attend. She’s now in her second term as a county supervisor and is the vice-chair of the Virginia Association of Counties’ Education Steering Committee. And while she wants to help the county continue to move beyond its segregationist past, she doesn’t want those years to be forgotten.

“We thought about it all the time,” she said. “People say we’re still using [the closure] as an excuse, but the effects from segregation and the closure last for a long time. People’s families broke up so the children could go to school somewhere else, and some families are still suffering because of opportunities their parents and grandparents didn’t have.”

She compared the stunted educational development to the learning loss students have experienced during the COVID-19 pandemic, and that has motivated her to advocate for broadband expansion in her rural county of 23,000 to ensure educational resources are available to more people in their homes.

While she didn’t experience Prince Edward County’s school closures firsthand, she saw what it meant to people close to her. Her late husband, Roger, did not go to school for a year, and graduated late because of the closure, while his sisters moved away to different states. Her longtime assistant when she was principal, Rita Odom Moseley, lost two years of school before moving, by herself, to Blacksburg, Va. to attend school. In her 60s, Moseley earned a bachelor’s and a master’s and has since published several books, including one about the county school closure.

Those reminders motivated Pride not just to keep in mind the consequences of closure decades later on some of her students, but to forge ahead without holding grudges against the Board on which she now sits.

“My philosophy has always been ‘Do unto others as you would have them do unto you,’” she said. “We have a lot of problems we are trying to solve with student achievement that we won’t help with bitterness.”

In 2008, while returning home from a Prince Edward County basketball game, she and Roger were struck head-on in a crash that killed him and severely injured her. After recuperating for a year, she returned to school administration and defended her doctoral dissertation.

“Even when I was a kid, my father stressed the importance of education,” she said. “He only went to school until sixth grade, but he knew there was something about me that I would love learning.”

As she neared retirement, friends extolled her to stay active, and she began attending county Board of Supervisors meetings, and saw a new calling. With the encouragement from parents of students she had taught over the years, she ran and won in 2015.

Though the schools integrated 50 years prior to her taking office, she made it a point during her campaign to declare that the Board of Supervisors would not allow the schools to close again. As assistant principal of the middle school in the early 2000s, she worked with a program at neighboring Hampden-Sydney College to bring undergraduates into the school system to talk about the closure’s lasting legacy, which for many outsiders, was the first time they had learned in detail about the measures the county Board took to oppose integration.

In the county seat of Farmville, a museum preserves the Robert R. Moton School, which supported 400 Black students in a building designed for half that many. There, in 1951, students organized a walkout to protest the underfunded school’s conditions, which included tar paper shack outbuilding classrooms with no insulation that leaked during the rain.

A lawsuit challenging segregation in the county resulting from the walkout, Davis v. County School Board of Prince Edward County, was one of five combined into Brown v. Board of Education. That began a long-term planning process to assemble private schools for White students, in a process detailed by journalist Kristen Green’s Something Must Be Done About Prince Edward County and Bob Smith’s They Closed Their Schools.

The schools were reopened after the Supreme Court case Griffin v. County School Board of Prince Edward County found that the county’s defunding of the public school system violated the Constitution’s Equal Protection Clause because the county’s private school vouchers were useless when private schools did not accept Black students.

Fifty years to the date after the county supervisors voted to defund the public school system, the 2009 Board dedicated a Light of Reconciliation marker on the courthouse lawn. It commemorates the role the Moton school children, led by Barbara Rose Johns, had in ending legalized segregation and apologizing for the consequences that segregation and the closure had on the county’s Black children.

For nearly 20 years, a state-funded scholarship program has funded educational pursuits by those affected students, like Pride’s assistant Moseley, who is pursuing a doctorate.

“She’s a living example of what a Black lady can do even when she’d been wronged the way she was,” Pride said.

And she inspires Pride a little, maybe enough to tip the scales as she considers going back to graduate school.

“I just love learning,” Pride said. “It’s what I want to do for the rest of my life.”