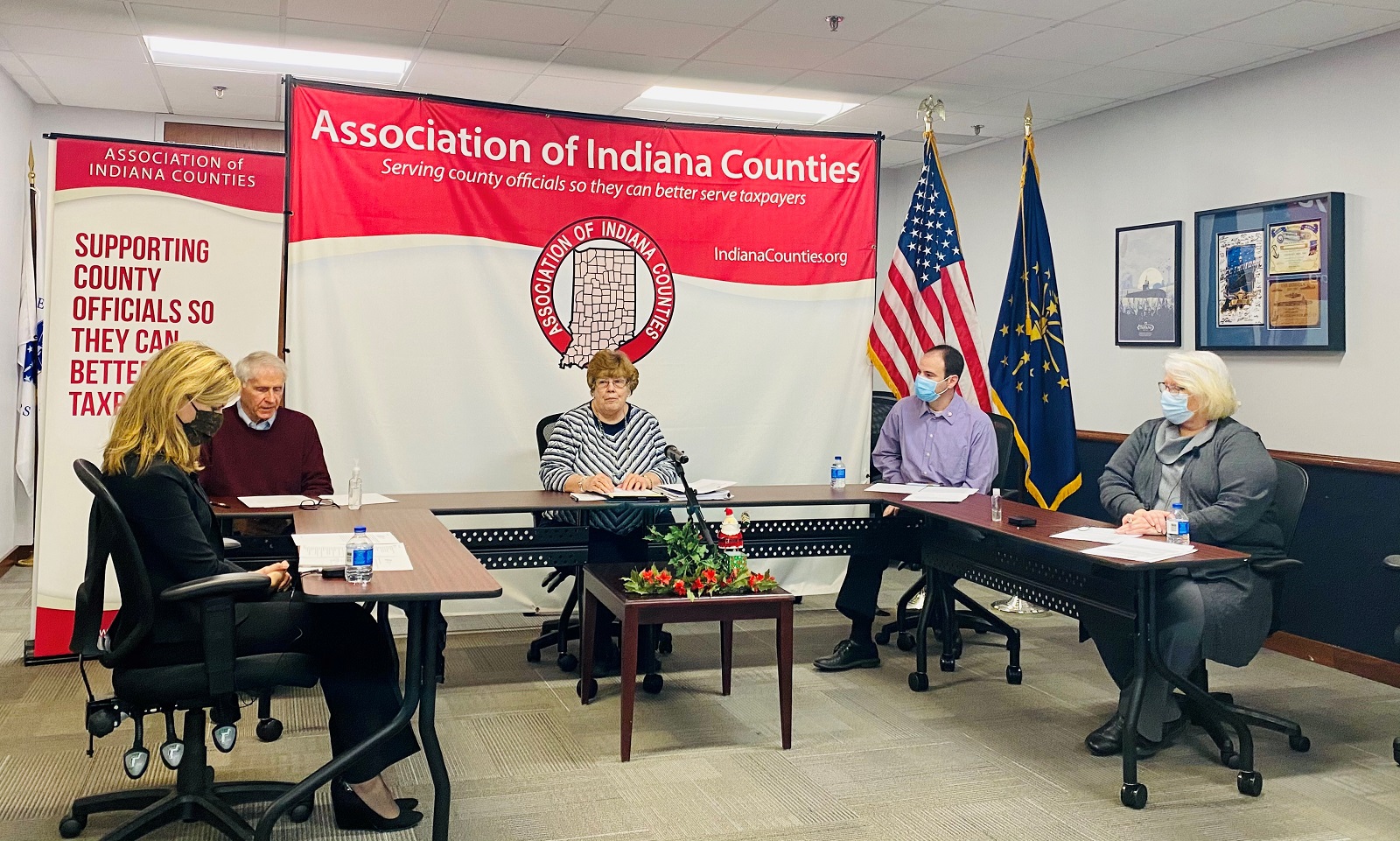 In order to filter by the "in queue" property, you need to add the Entityqueue: Queue relationship.
There's rarely a "slow week" for newly elected county officials to start, so state associations hold trainings to get them up to speed.

Steve Dellinger had never been involved in politics or served in public office prior to last year.

The first-time candidate was elected to the Henry County, Ind. Board of Commissioners and started his new role earlier than expected when his predecessor unexpectedly passed away.

“The pandemic has made things a lot more difficult,” he said of his timing joining the board.

Thankfully, in mid-December, Dellinger was able to virtually attend the Association of Indiana Counties (AIC) Newly Elected Officials Training where he learned how to use Zoom, conduct business, hold meetings and learn more about his new role working for county government.

While the association had already started to record and livestream other events prior to the pandemic, the entirety of the Newly Elected Officials training was livestreamed and recorded this year because of the pandemic.

“The virtual part actually helped me because I was being pulled in several different directions trying to learn my new position,” Dellinger said. “If something happened and I had to stop, it was nice to be able to go back and pick up where I had left off.”

The association livestreamed and recorded the sessions which were posted online to be accessible at any time.

Mallers said they used YouTube live and an additional software that allowed members to view a split screen of speakers and PowerPoint slides to help identify necessary contacts.

“It puts a name to the face,” Mallers said. “There are certain people who newly elected officials are going to work closely with in their new roles.”

While virtual trainings can aid in providing information and education, Mallers said they still lack the in-person connections and ability for officials to connect face-to-face with their friends and colleagues.

Dellinger said the lack of in-person connections as a newly elected official has been a challenge.

“Not getting to know people and their personalities that you’re going to be working with — a lot of times it’s hard to do that via Zoom,” he said.

In addition to livestreaming its Newly Elected Officials Training, the IAC helped record sessions for affiliate groups that would normally meet in person at the association’s meetings.

Kosciusko County, Ind. Council Member Sue Mitchell, who serves as president of the Indiana County Councils Association, worked with the IAC to record a series of six videos to help onboard new council members.

“The fact that you could not reach out to those new people in person has been obviously a horrible challenge for every association related to government,” Mitchell said.

With over 170 new county council members elected throughout Indiana this year, Mitchell said the group wanted to find ways to create connections for new members and establish resources where they could reach out to ask questions and have a place to turn to for help.

“I had a great mentor who did what I hoped this would do for others — told me in the beginning to get all the education you can… go where you can get other ideas from other people and bring them home,” she said.

“We’ve just had to be pretty creative,” she said. “We have a lot on our plate trying to reach out to be a viable entity for county council members.”

Other associations have also switched their in-person sessions for newly elected county officials to virtual platforms.

The Virginia Association of Counties holds the Chairpersons’ Institute and the Supervisors’ Forum each year as training and education events for county officials and newly elected officials.

This year, the Chairpersons’ Institute will be held virtually at the end of January and the Supervisors’ Forum is planned to be a hybrid event held this spring.

Director of Communications Gage Harter said throughout the pandemic, the association has turned to WebEx to host regional meetings and its annual conference.

Harter said he sees portions of these meetings focusing on communicating during the pandemic and maintaining virtual connections with colleagues, constituents and staff.

The association is also looking for ways to incorporate networking into virtual and hybrid events in ways that feel as organic as meeting with someone in person, he noted.

“I think if associations have an idea, just run with it,” he said. “I don’t think there are any bad ideas.”