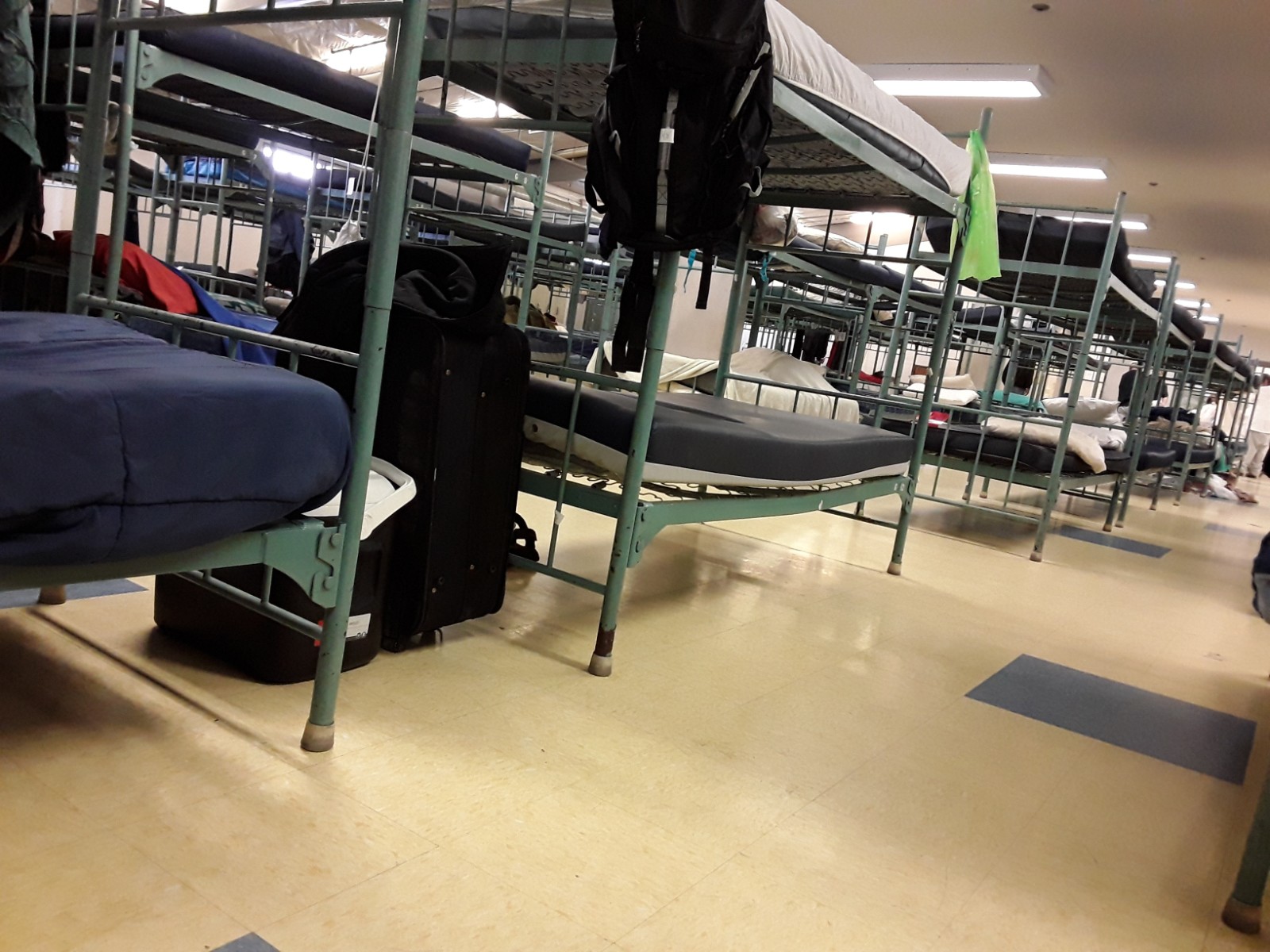 When all health signs point to COVID-19, the first recommendation people get is to isolate themselves and avoid infecting others.

What if they don’t have a home where they can do that?

The coronavirus poses a unique challenge to people who are homeless and the counties who serve them.

For shelters, like those in Multnomah County, Ore., reacting to the coronavirus brings up the issue of capacity.

The county convened its public health department, human services personnel specializing in homeless programming and the county’s shelter operators on Feb. 28, when Oregon’s first positive test for COVID-19 was confirmed.

“We started passing out masks at the shelters, reinforcing messaging about hand washing, just trying to get as much out there about this virus that we could,” Theriault said.

And the county held off on closing two of its seasonal shelters, which usually open only for the winter. That helped absorb some of the capacity consequences once the shelters added buffers around beds.

At least one person living in a Pierce County, Wash. shelter has tested positive, The News Tribune reported.

In Orange County, Calif., a shuttered juvenile correctional facility was reopened to serve as a shelter for older homeless people who haven’t shown any symptoms.

“We found that our hotels two or three weeks ago weren’t too receptive to this, but they’re begging right now because of the economy,” he said, estimating that he had signed $1.5 million in leases over the prior two days. “We’re trying to get seniors and other vulnerable individuals who have compromised health systems out of those shelters to get them away from congregate living situations into a single-occupancy unit with a bathroom.”

The Hennepin County Board of Commissioners had approved $3 million for hotel vouchers for the homeless during the coronavirus pandemic. Mecklenburg County, N.C. has leased an entire 123-room hotel for 60 days specifically to house at-risk homeless people. San Diego County, Calif. has more than 1,300 hotel rooms.

Multnomah County had a similar strategy — keeping higher-risk people out of shelters, until a motel owner evicted several women whose stays had been funded by the Portland-Multnomah County Joint Office of Homeless Services. Multnomah County Commission Chair Deborah Kafoury issued an emergency declaration requiring hotels to accept guests whose payments were subsidized by the county or a county contractor.

Hough estimated that Hennepin County funds beds for roughly 1,000 homeless people each night but acknowledged that some don’t want shelter. To reach them, the county’s homeless “navigators” are going to encampments to inform the people living there about the virus and how to protect themselves.

But Hough also sees a challenge in both serving the homeless and protecting the rest of the population, and holes that must be filled in.

“We’ve closed the libraries, but when the shelters clear everybody out at 7:30 a.m., they’re usually heading to the library,” he said. “Where do they go if the central library is closed? Are they practicing social distancing? Probably not.”

A little under half of Multnomah County’s homeless population, as of the last point-in-time count in 2019, were unsheltered.

The county created a laminated information card with information about COVID-19 — how to prevent its spread, recognize the symptoms and help treat them — and worked with 14 different organizations to distribute them among the unsheltered population. Within five days, they distributed more than 1,700 cards.

“They’re not seeing so many folks who are incredibly ill, but they’re giving them information,” Theriault said. “The virus is most likely to transmit in a closed, congregate space,” so unsheltered homeless are somewhat safer, but they are also seeing fewer people every day.

That said, a homeless person living in an encampment in Santa Clara County, Calif. died of COVID March 16.

With many Americans living paycheck to paycheck, along with many nonessential businesses shutting down and idling employees, financial stresses are adding up for people at risk of transitional homelessness.

Several governors have issued moratoria on eviction hearings, some open ended, some tied to a specific date and some depending on emergency declaration. California Gov. Gavin Newsom allowed counties to pause evictions, and the Humboldt County Sheriff’s Office will not enforce them.

Some states, including Georgia and Pennsylvania, have declared states of judicial emergency, and if counties close their court facilities, that will delay eviction hearings.

Other counties have issued their own moratoria, many times ahead of their state. “This is a tough time. Businesses are being challenged, and renters are being challenged because they can’t go to work,” said Clackamas County Chair Jim Bernard, days before Oregon Gov. Kate Brown declared a statewide moratorium. “We ask that business owners and property owners not evict people.”