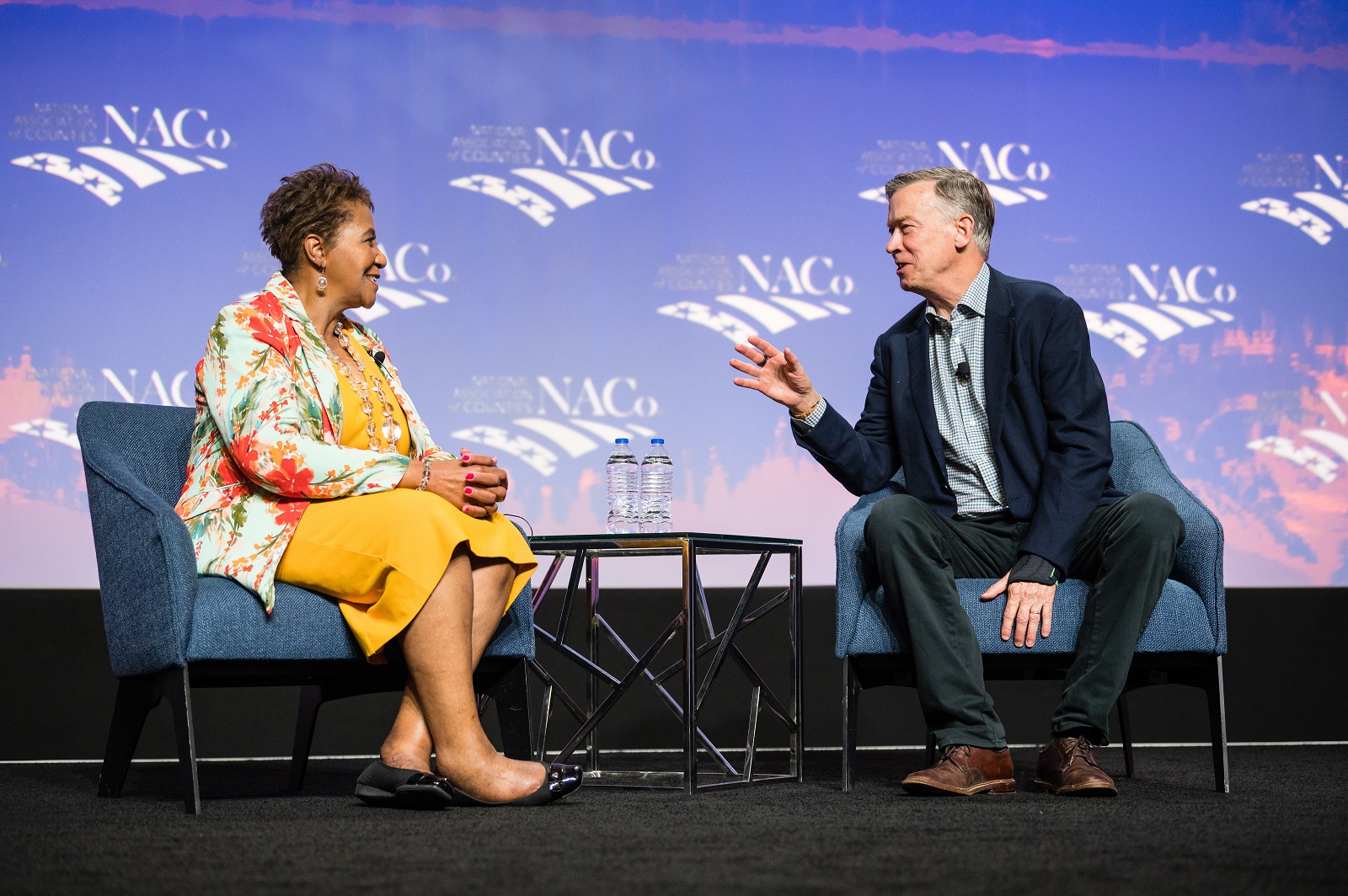 John Hickenlooper’s tenure in federal government has, in 18 months, seen horrifying lows and bipartisan highs, even though he’s no longer in the Mile High County. His first day saw him surrender his communications devices on the Senate floor, where he was blissfully ignorant of the chaos outside his office during the insurrection at the U.S. Capitol.

By the end of the year, the Colorado Democrat was one of 20 senators to hammer out the Bipartisan Infrastructure Law, focusing on broadband. The former Denver city and county mayor, Colorado governor and business owner has acquiesced to giving up executive power to join a legislature.

“I’m not sure what it says about me as a human being, but I love it,” he said to the General Session audience July 24. “I feel like there are enough good people there who want to find solutions, both on the Republican side and Democratic side, that if there are enough of us who want to clear the table of all the baloney and focus on common-sense solutions, we can make real progress.

“It is about careful observations, working in groups and finding the best solutions possible,” he noted.

Hickenlooper defended federal spending to stabilize the U.S. economy after the pandemic, comparing varying economic approaches worldwide that have all resulted in inflation and urged people to keep the context of the last few years in perspective.

“We’re seeing inflation everywhere, whether governments spent money and tried to prime the pump to make sure our economy got better or not. We’re seeing the same levels, and sometimes increased inflation, in countries like Great Britain, Australia or Japan, where they took different federal approaches. When you shut down the global economy, all those supply chains get disrupted and you can’t just click your fingers and come back.”

He sees a role for government in doing “fine tuning” and addressing issues that remain for people’s opportunities and economic mobility: Education, climate change and civil rights.

Still new to a legislative body, he found the infrastructure negotiations “exhilarating,” he said in a conversation with NACo President Denise Winfrey. He said the best problem-solving that went into the infrastructure bill was from a perspective of humility and a focus on the people who would be served by its success.

“That process, it took my breath away to see how vigorous a disagreement could be and then when you hear the discussions,” he said. “Nobody ever changed their mind by someone telling them why they were wrong and why that person was in conflict with them, why they were right. It became a question of how well we could listen to each other and accept that we’re coming politically from different directions.”

Hickenlooper said the outcome was a program delivering wildly popular results for infrastructure, both traditional and technological.

“I’m sure there’s not a person here who hasn’t said more than once over the last six months, ‘This is what government’s meant to do.’” He also reflected on his experience in local and state office, recounting a multi-county planning process for a light rail system and the passage of a sales tax for educational programming for 4-year-olds.

Hickenlooper touted his plan as governor to unify all 64 Colorado counties economically. He asked each county to develop an economic plan, which were then synthesized into 14 regional plans and one state plan. He saw trends as the plans came in:

“Things like, ‘We want less red tape and bureaucracy.’ ‘We want fair access to capital for small businesses.’ ‘We want to make sure there are better workforce training and education systems.”

“The whole state bought into this,” he said. “It was getting everyone together and empowering them to take a leadership position. It was the whole state that worked together on that.”

From the governor’s mansion to the U.S. Senate, he has seen a hallmark of success.

“Unity is everything,” he said. “I think it’s the biggest challenge the country faces overall. Democracy can’t work unless you’re willing to get to that unity.”