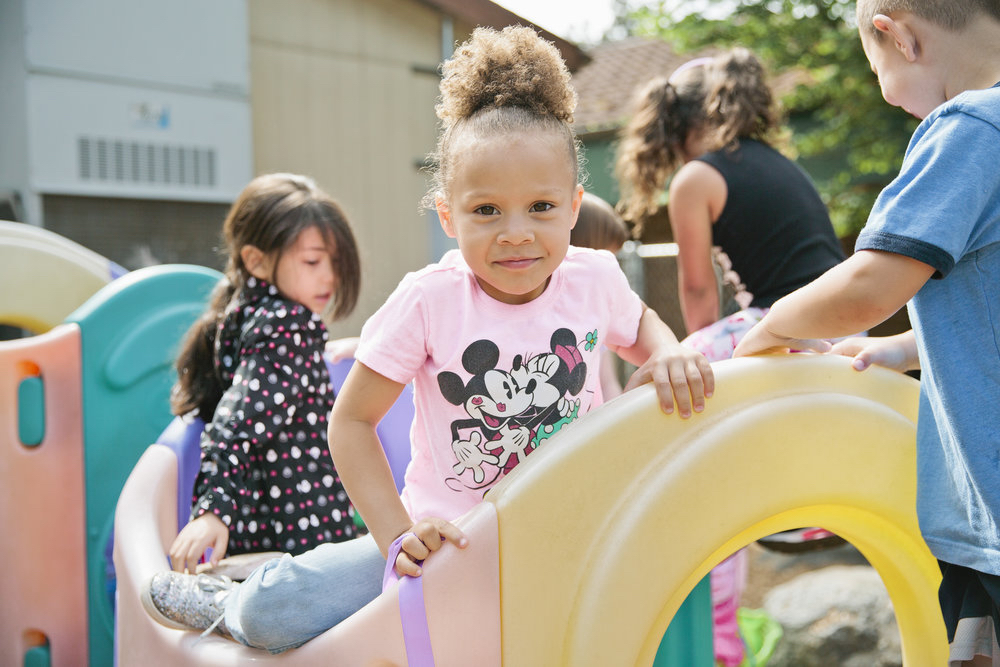 Together, King and Pierce counties make up almost half of Washington state’s population, and the lion’s share of its children.

With that comes a responsibility — which both counties have seized — to shepherd them to a safe, healthy and successful adulthood.

Both face different challenges in providing supportive environments for those children, and they both participate in Help Me Grow, a program that encourages collaboration among different service delivery systems to build the best network for supporting children and families. Two Help Me Grow staffers crossed the state May 16 to the 2019 Western Interstate Region Conference in Spokane County to discuss how increasing access to early childhood programming supports impoverished communities.

In Pierce County, the number of children going into foster care in 2017 was alarming, exceeding the number from King County, more than twice its foster care population.

“We need to think upstream and support families before a crisis happens,” said Kate Ginn, Pierce County’s Help Me Grow manager and one of 13 national Pritzker Children’s Initiative fellows. “It’s a better use of our money, and the less trauma for the family to face, if we reach them earlier with the supports they need.”

That means getting information to parents as early as possible to give them the resources they need, resources that often already exist. The best point of contact, Ginn said, are pediatricians, who see infants several times a year for well child visits.

“That’s an opportunity to talk about social determinants of health, like food insecurity, housing issues,” Ginn said. “That’s the time to have one place to refer families for more information.

“People said there are resources out there, but they didn’t know where to go to get them.”

Counties in the Help Me Grow system often use 2-1-1 services to consolidate that information and present it to the public.

“We want to make sure existing programs are doing good work, are being well utilized in the community and that we’re collecting county-wide data on what families need, what resources are hard to find and what referrals are working well,” Ginn noted.

Marcy Miller, strategic advisor to King County’s Best Starts for Kids program, admitted that King County is blessed with resources that most counties don’t have, but the county still faces challenges.

“When people think about King County they think about Seattle or Bellevue, but we have a lot of geographic diversity,” she said. “A rural-urban spread causes challenges with transportation, and we have a significant homeless issue in Seattle. Your ZIP code can indicate your health and well-being and we have huge disparities based on race and income level.”

Those disparities cause variations in kindergarten readiness, and King County has seized on that as the cause to champion, moving toward a vision for all babies to be born healthy, for children to be thriving and to have happy and successful adults.

“Talking about it in the frame of kindergarten readiness does help,” Miller said. “It really starts with thinking about the family, it would be so much easier to get started on the right trajectory earlier.”

Miller sees King County’s role, as a convener of different groups, as offering a valuable perspective because it allows the county to see the barriers that have formed between different groups and work to break them.

“Early learning and medical [communities] don’t have as many conversations as you’d expect, so we try to start some,” she said.

Miller said that one of the most important components of King County’s public outreach came from the stance the county took in public meetings in each of the county’s 10 districts.

“We didn’t say much, we didn’t say we were doing this or that as part of our initiative, we just listened,” she said.

The county’s science panel focused on and promoted research that showed how much brain development happened in the first thousand days of a child’s life, and the county gathered a group of philanthropists, businesses and parents to advise County Executive Dow Constantine, including a 40-member Children and Youth Advisory Council.

The Pierce County Council passed a resolution in support of prioritizing early childhood, but even though it was nonbinding, that action served as a catalyst to get the community talking about it.

“Even though it’s ceremonial — there’s no money behind it, there’s nothing that changes with the program or policy — it brought a lot of people to the council meetings that day and the week before,” Ginn said. “People really wanted to know what the government’s role was going to be in this space and how it would support it. Everyone was very passionate and wanted to understand why this is something the county is choosing to do.”

Help Me Grow stresses the use of data, and King and Pierce counties have seized on that to help direct their efforts.

“We wanted to lower infant mortality rates, increase kindergarten readiness, decrease expulsion,” Miller said. “At one elementary school, 52 kindergarteners were expelled at one school, mostly black males,” which stood out as a target for the county to try to effect change.

“You ask yourself, ‘What’s the story behind the data? Why is this happening?’” Miller said. “We know it takes longer than a few years to change things, but along the way, you have to ask how we’re doing and if anyone is better off,” because of intervention.

Pierce County’s data showed that again, despite its lower population, it was showing more children born at a low birth rate compared to King County, with a higher infant mortality rate. The county responded by reaching out to every birthing location in the county — hospitals, midwives — to reinforce the elements of a healthy pregnancy. In addition, outreach to 30 congregations included training for breastfeeding and support for premature babies.

“We want those skills to be available in communities that need them,” Ginn said.

King County voters approved a ballot initiative raising $365 million a year from a property tax increase for early childhood programming.  Although King County voters have traditionally supported tax levies, that tendency had been in doubt recently. Why did this one succeed?

“This felt really grass roots,” Miller said. “We went to community organizations and asked how we could partner to get people to come to meetings and talk about what was going on. It really started to engage a conversation and get people excited and I think that helped pass the levy. Showing there was scientific evidence and the community support was really important.”

They made the ballot measure simple and straightforward. “We want to invest in early learning, investing in sustaining the game, investing in data evaluation, investing in health and equity.”

Pierce County received $250,000 from the state through budget proviso to conduct a one-year planning process to implement Help Me Grow.

“It’s unique for something specific for a county to go in the state budget,” Ginn said. The county is hoping for an additional $1.25 million for implementation.

One of Pierce County’s challenges came from pockets of populations that were separated geographically or culturally from the population center in Tacoma, where most services are located. A large military population, near an air base, places families in a new environment, many in a new state or region, away from their support networks and relatives and left to fend for themselves.

“We know more and more that families are living away from family,” said Kate Ginn, Pierce County’s Help Me Grow manager and one of 13 Pritzker Children’s Initiative fellows.

“We’re looking for opportunities for families to find ways to build social connections, to easily find parenting groups, family activities, places to meet each other and build more community.”

In talking to service providers, King County found that many saw the process of earning a grant from the country to be arduous, which the county acknowledged would be hard to change while operating within the government system.

“We changed the way we wrote requests for proposals, making them simpler, thinking about how best to get the information we needed, without adding complexity, Miller said.

In talking to families who had been involved in the social service system, Pierce County learned of the stigma that can come with accepting government services and sought to eliminate or reduce it.

“A lot of us are not good at asking for help,” Ginn said, so the county is trying to broaden the appeal of social services. “If we’re promoting a system that has something for everyone that any family can call to find out about family-friendly activities, story time at the library, then it’s hopefully going to be a resource where there’s not a stigma attached to it.”

“All parents need support at some time,” she said. “We want parents to know there is help out there. If and when they do need help, they know where to find that.”

That approach sums up the efforts that counties like King and Pierce are making to connect parents to services that are available and tightening the networks to make them easier to navigate.

“One program won’t work for every family, we need a variety of programs to work in different cultures and different needs that people have,” Ginn said.

“We need a menu of options and to make it easy for people to choose and be informed of what their options are.”

Our target population is “an age range that can’t advocate for itself,” she said.