Robust crowd turns out to advocate for PILT, SRS 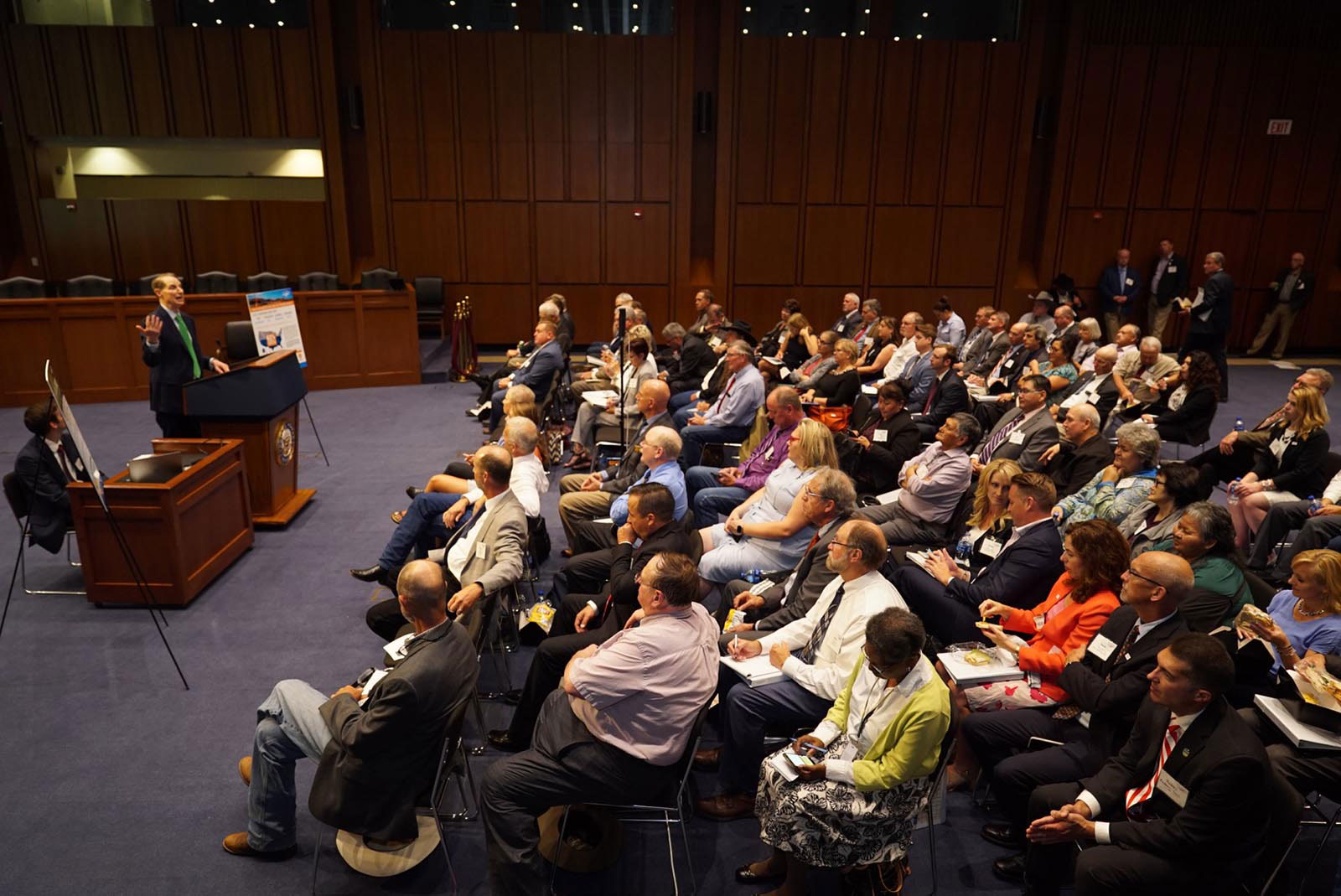 Sen. Ron Wyden (D-Ore.) discusses his proposal to reauthorize the Payment in Lieu of Taxes program for 10 years during a Sept. 11 Capitol Hill briefing. Photo by Hugh Clarke

In order to filter by the "in queue" property, you need to add the Entityqueue: Queue relationship.
A robust crowd of county officials turned out to talk to members of Congress about PILT, Secure Rural Schools

One of the largest PILT fly-ins in years brought roughly 100 county officials to Capitol Hill Sept. 11 to advocate on behalf of permanent mandatory funding for the Payment in Lieu of Taxes (PILT) program and permanent funding for the Secure Rural Schools (SRS) program.

County officials met with members of Congress and their staffs, primarily from their home states and members that serve on appropriations committees and authorizing committees that could help advance legislation.

Sen. Steve Daines (R-Mont.) talked up his bill that would expand PILT funding for counties with fewer than 5,000 residents. It would not reduce the PILT amounts paid to larger counties.

One of the most effective points a county official can make is showing how federal policy affects local management and services. For Chaves County, N.M. Commissioner Robert Corn, volatility is a huge problem.

“We don’t know if it (PILT funding) is coming, when it’s coming, how much is coming,” he said. “We fund vehicles for the roads department and sheriff’s office with PILT money, so if it’s not looking good, it’s a matter of trying to get a few more thousand miles out of a vehicle and hoping it holds, rather than replacing it.”

Supervisor Richard Lunt demonstrated to his congressional delegation how budgeting in Greenlee County, Ariz. was complicated by irregular PILT funding.

“We can’t get the biggest bang for our buck, being able to do purchasing that is efficient, buying in bulk, if we don’t have the money,” he said. “The government knows it’s getting a bargain for the services we provide around federal lands. Every year hunters get lost, and every year, we’re sending out law enforcement to find them. It’s something we’re glad to do but there’s no question it’s a bargain for what the federal government gets.”

“There can be an assumption that all the congressional staff members know what the other staffs are doing, and that’s not the case,” he said. “Sometimes we are a bridge, telling them what else we have heard on the Hill because they can get siloed in their offices.”