Preventing your county government from ‘operating in a bubble’ 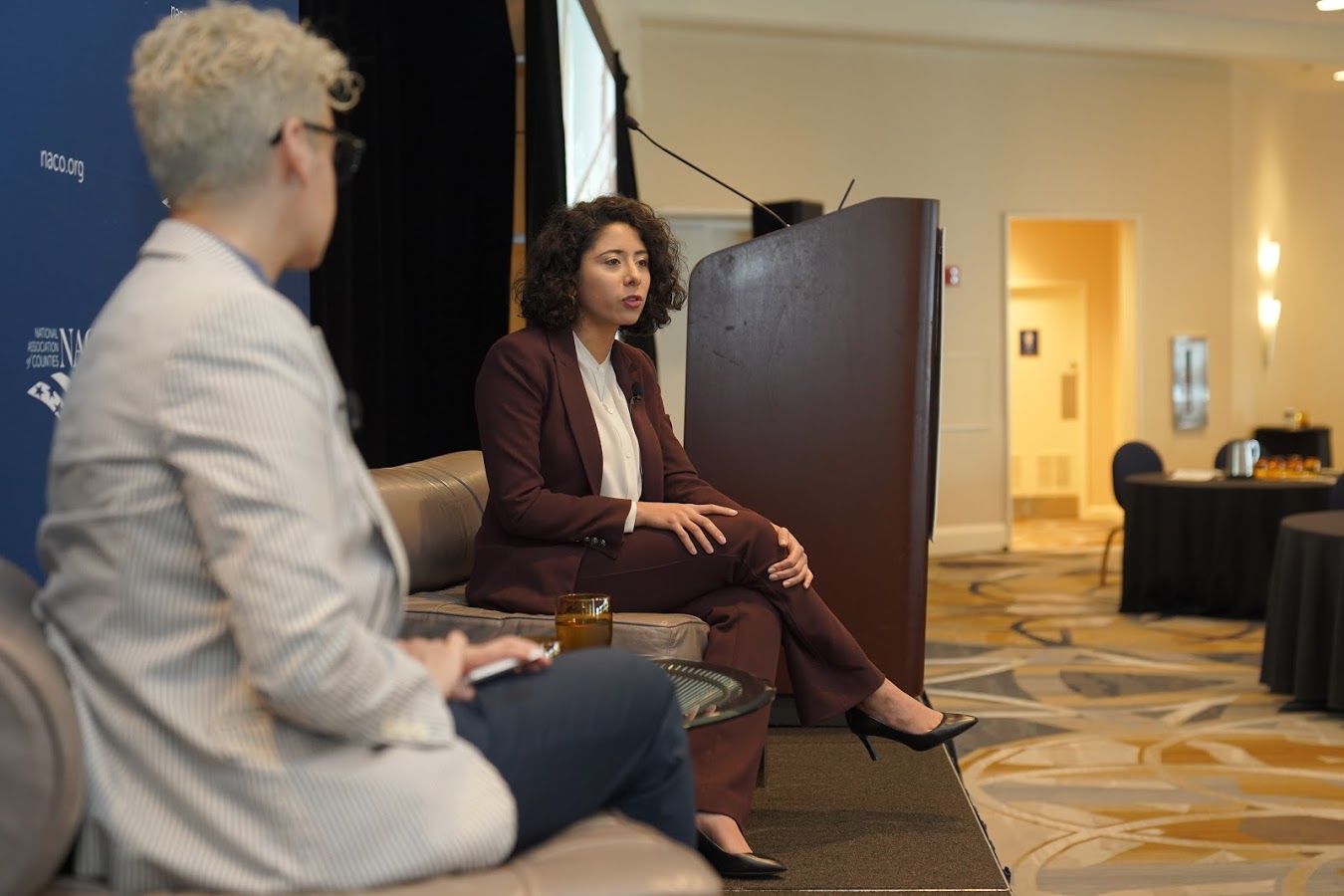 In order to filter by the "in queue" property, you need to add the Entityqueue: Queue relationship.
Harris County, Texas surveyed residents online & had canvassers visit neighborhoods to represent voices that weren’t always heard at public meetings or for individuals who may not have internet access

What do free lunches, Facebook lives and surveys all have in common? They were all part of the Talking Transition: Harris County community engagement initiative in Harris County, Texas.

Harris County Judge Lina Hidalgo spearheaded the initiative when she was elected in 2018.

“We all encounter this as county officials is that folks are confused about what we do,” Hidalgo told attendees Nov. 8 at the 2019 Large Urban County Caucus (LUCC) Symposium in Miami-Dade County, Fla.

She said she wanted to figure out a way to use her budget to create policies that went beyond emergency response or roads and bridges. She said she felt the way to do that was to get feedback from the community and open the doors to county government.

“We hoped this could be a model in the future not just for folks who are just taking office, but for folks who want to get another sense of what their community is looking for,” she said.

Hidalgo hired Andrea Batista Schlesinger from HR&A Advisors, a consulting firm, to support her transition to her new role and held seven “Civic Saturdays” that attracted thousands of people from the community. She insisted department heads came to each event to engage and listen to community members.

The Civic Saturdays were multilingual in nature where attendees could wear ear pieces to communicate with each other in different languages. The events also offered free childcare and free lunches.

The county used an online survey and had canvassers visit neighborhoods to get a wide range of responses to best represent the community from voices that weren’t always heard at public meetings or for individuals who may not internet access. They received 11,000 responses. Hidalgo wanted to ensure all voices were uplifted, regardless of social or economic standing of their level of engagement with local government.

From the surveys, Hidalgo learned about issues that were impacting county residents on a daily basis. For example, representatives from a neighborhood came to one of the engagements and discussed a road that wasn’t working. They were unable to connect with county government until they attended a Civic Saturday where they met with a county department and got the road fixed.

The survey and meetings revealed many individuals did not know how to reach county government. Only 1 in 10 of people surveyed could name both the precinct they lived in and the commissioner who represented their precinct, according to Batista Schlesinger.

To combat this problem, Hidalgo said the county created a 311 system to help connect members of the community to county departments.

Hidalgo said she didn’t want to walk out of these engagements only identifying problems, so she asked members of the community what the county could do to solve key issues.

“It was very actionable items that came out of these thought-leader sessions,” she said.

Talking Transition: Harris County cost $750,000, according to Hidalgo. The county approached the Ford Foundation, the Houston Endowment and a health foundation in Houston and pitched them the concept by explaining the divide between the people and their government.

“The fact that we couldn’t be good stewards of public funds and our leadership position if we didn’t have that ear to the ground,” Hidalgo said.

The county also built partnerships with nonprofits that made the initiative successful.

“I think everyone acknowledged that county government had been operating in a bubble and blissfully so,” she said. “Hundreds of millions of dollars are dispersed or allocated at each commission meeting without anyone as so much batting an eye.”

Batista Schlesinger explained how she has seen “disrespectful uses of community time” just to allow people can say, “We’ve done this. We’ve spoken to people.”

Hidalgo ensured she respected the time individuals took to attend Civic Saturdays by keeping the length of speakers to a minimum and allowing attendees to drive the discussions, encouraging county residents to return to future engagements.