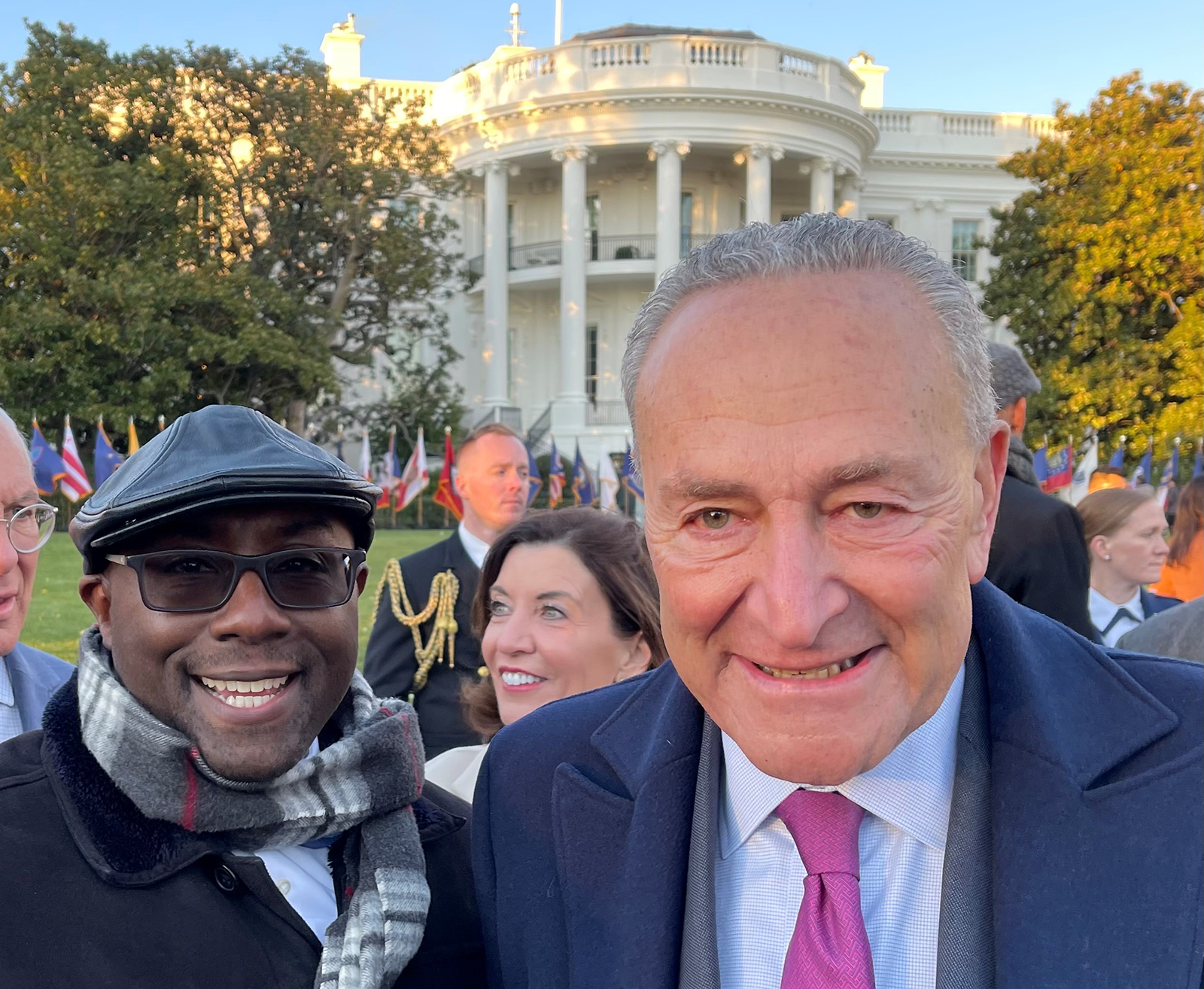 NACo leaders attended the White House signing ceremony for the bipartisan infrastructure package, applauding the enactment of the bill and emphasizing NACo’s commitment to working with federal partners on its effective implementation.

“Counties across the country are ready to move forward on long-overdue infrastructure projects that will help our residents and communities thrive,” said Johnson, a DeKalb County, Ga. commissioner. “This bill is where the rubber meets the road. We appreciate our House and Senate partners and members of the administration who worked with us to develop this comprehensive legislation.”

“The bipartisan infrastructure package invests in locally owned infrastructure,” she said. “These investments will help make our communities safer and our economy stronger. We look forward to continuing to work with our federal partners on implementation.”

The IIJA provides $973 billion over five years from Fiscal Year (FY) 2022 through FY 2026, including $550 billion in new investments for transportation, water, power and energy, environmental remediation, public lands, broadband and resilience. Of the $550 billion, $284 billion will go toward all modes of transportation, with the remaining $266 billion invested in other physical infrastructure sectors.

The bipartisan infrastructure package will accomplish many longstanding county priorities, including:

“We are pleased that our federal partners have recognized the critical role counties play in our nation’s infrastructure,” said Executive Director Matt Chase. “As America’s counties fulfill our vast infrastructure responsibilities, we appreciate a strong federal-state-local partnership to make much-needed investments in building and strengthening infrastructure for the future.”

The bill passed the House of Representatives  228-206 earlier this month and the Senate in August on a 69-30 vote. The IIJA provides $973 billion over five years from Fiscal Year (FY) 2022 through FY 2026, including $550 billion in new investments for transportation, water, power and energy, environmental remediation, public lands, broadband and resilience.

These transportation funds represent roughly 52 percent of all new resources provided for in the bill to modernize and improve transportation infrastructure, with the majority of funding reserved for highways, roads and bridges. Investments include:

Counties can access IIJA transportation funds in three general ways: 1. Meeting certain eligibility criteria for formula funds; 2. Receiving suballocations from state governments; and/or 3. Applying to the U.S. Department of Transportation (USDOT) or a state department of transportation for competitive grant opportunities. The IIJA also provides just over $100 billion in direct, competitive grant opportunities through USDOT to local governments over the life of the bill.

In addition to transportation, the legislation also provides the following:

The IIJA is a major victory for counties, who worked closely with our partners in Congress throughout the legislative process to ensure county priorities were included. Owning and operating 44 percent of public roads and 38 percent of the nation’s bridges while directly supporting 78 percent of public transit systems and 34 percent of airports, counties are play a significant role in the nation’s infrastructure network. Annually, counties invest $134 billion in the construction of infrastructure and the maintenance and operation of public works. Though we are doing our part at the local level, we must rely on the intergovernmental partnership to meet our many public infrastructure responsibilities, as well as to reach our federal, state and local shared goal of improving the nation’s infrastructure.

The next step for the IIJA is implementation. NACo is working closely with the U.S. Department of Transportation and other federal agencies impacted in the legislation to ensure America’s counties have the information and guidance necessary to successfully execute the policies and programs in the IIJA. At the local level, we know that bipartisan solutions provide long-term benefits, and counties applaud Congress and the White House for working across the aisle to enact this historic investment in America’s infrastructure into law.