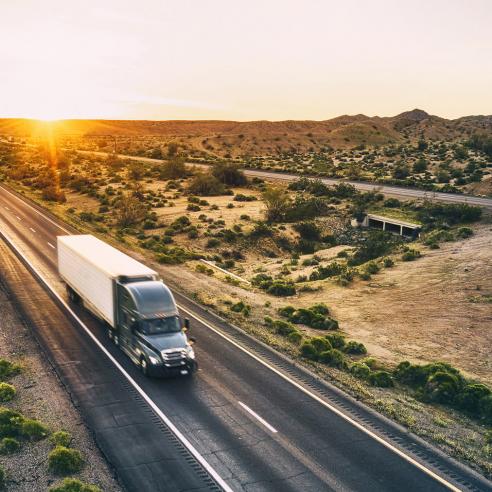 THE COUNTY ROLE IN TRANSPORTATION & INFRASTRUCTURE

Counties play a critical role in the nation’s transportation and infrastructure system, owning 44 percent of all public roads and nearly 40 percent of the National Bridge Inventory. Simultaneously, counties are tasked with directly supporting 78 percent of public transit systems and 34 percent of public airports that connect residents, communities and businesses with the national and global economies. Each year, counties invest roughly $134 billion in constructing infrastructure and maintaining and operating public works.

On March 31, President Biden unveiled the American Jobs Plan (AJP), a $2.3 trillion investment to modernize the nation’s infrastructure. The plan requests funding for a wide array of infrastructure projects ranging beyond traditional transportation efforts to workforce development and manufacturing to broadband expansion to housing. Alongside the AJP, President Biden also released his Made in America Tax Plan, which outlines changes to the federal tax code intended to fully offset the spending in the AJP over 15 years.

AJP funding is broken down as follows:

The AJP includes several provisions with the potential to impact America’s counties, parishes and boroughs. For a detailed list of these provisions, please view NACo’s AJP executive summary.

For transportation and resilient infrastructure projects, the AJP proposes a $621 billion investment broken down as follows:

On November 5, the U.S. House of Representatives passed H.R. 3684, the Infrastructure Investment and Jobs Act, in a vote of 228 to 206. This historic accomplishment follows the U.S. Senate's bipartisan vote to advance the legislation in early August. This legislation will now go to President Biden's desk to be signed into law.

The Infrastructure Investments and Jobs Act (IIJA) provides $973 billion over five years from FY 2022 through FY 2026, including $550 billion in new investments for all modes of transportation, water, power and energy, environmental remediation, public lands, broadband and resilience. In addition to providing authorizations for a number of programs, IIJA would also make supplemental appropriations to several federal agencies including the Department of Transportation, the Department of Energy and the Envrionmental Protection Agency, among others.

Sectors addressed in IIJA include:

IIJA will direct $284 billion in above-baseline spending toward all modes of transportation and $266 billion to other infrastructure sectors. As is the case in the American Jobs Plan and past proposals from Senate Republicans, IIJA directs most of its investments – nearly 52 percent – toward modernizing and making improvements to transportation infrastructure, with the majority of funding for highways, roads and bridges. Investments would be broken down as follows:

For a further breakdown of the IIJA, visit the Legislative Analysis page.

The bipartisan framework was ultimately a compromise borne out of proposals from the Biden Administration and Senate Republicans. The compromise stacks up next to the two initial plans in the following ways:

Companion legislation (H.R. 5735) has been introduced in the U.S. House of Representatives, where it currently awaits a vote. If enacted, the bill would allow counties nationwide to utilize roughly $27 billion for new transportation and infrastructure projects and over $17 billion for U.S. Treasury-defined government services.

The Recovery Fund, which NACo helped develop and strongly advocated for its passage, is a historic investment in our nation’s counties. These funds provide direct, flexible aid to every county, parish and borough in America. The legislation would strengthen the Recovery Fund by providing counties with the flexibility to invest funds in transportation, infrastructure and other critical government services.

For a further breakdown of S. 3011/H.R. 5735, including projected county-by-county flexibilities, visit the Legislative Analysis page.

What is a surface transportation authorization?

Surface transportation authorizations are congressionally developed pieces of legislation that, once enacted into law, provide legal authority for the federal government to fund surface transportation programs that facilitate the operation of highway, bridge, transit, rail and safety systems. Administered through various sub-administrations of the U.S. Department of Transportation (USDOT), these programs provide critical funding for the nation’s transportation infrastructure network through both direct and indirect funding streams to state and local governments. In addition to funding, these pieces of legislation are typically authorized over five years, providing counties the long-term certainty they need to plan and execute transportation projects vital to local communities.

What does it mean for counties?

Counties play an extremely important role in our nation’s transportation and infrastructure networks, owning more roads and bridges than any other entity, while also directly supporting the vast majority of public transit systems. Resources authorized by this legislation support local, regional, state and federal transportation projects, making these programs and the funding and financing opportunities they provide critical for counties who are charged with maintaining a vast amount of America’s roadways, as well as the country’s larger infrastructure network. Through competitive grant processes, formulas, sub-allocations and set-asides, federal funds and financing programs authorized by surface transportation reauthorizations flow to counties in a variety of ways. As major owners and operators of America’s infrastructure, counties are in need of consistent and reliable support from our state and federal partners, which can be provided for through the enactment of a long-term surface transportation reauthorization.

What is the current landscape?