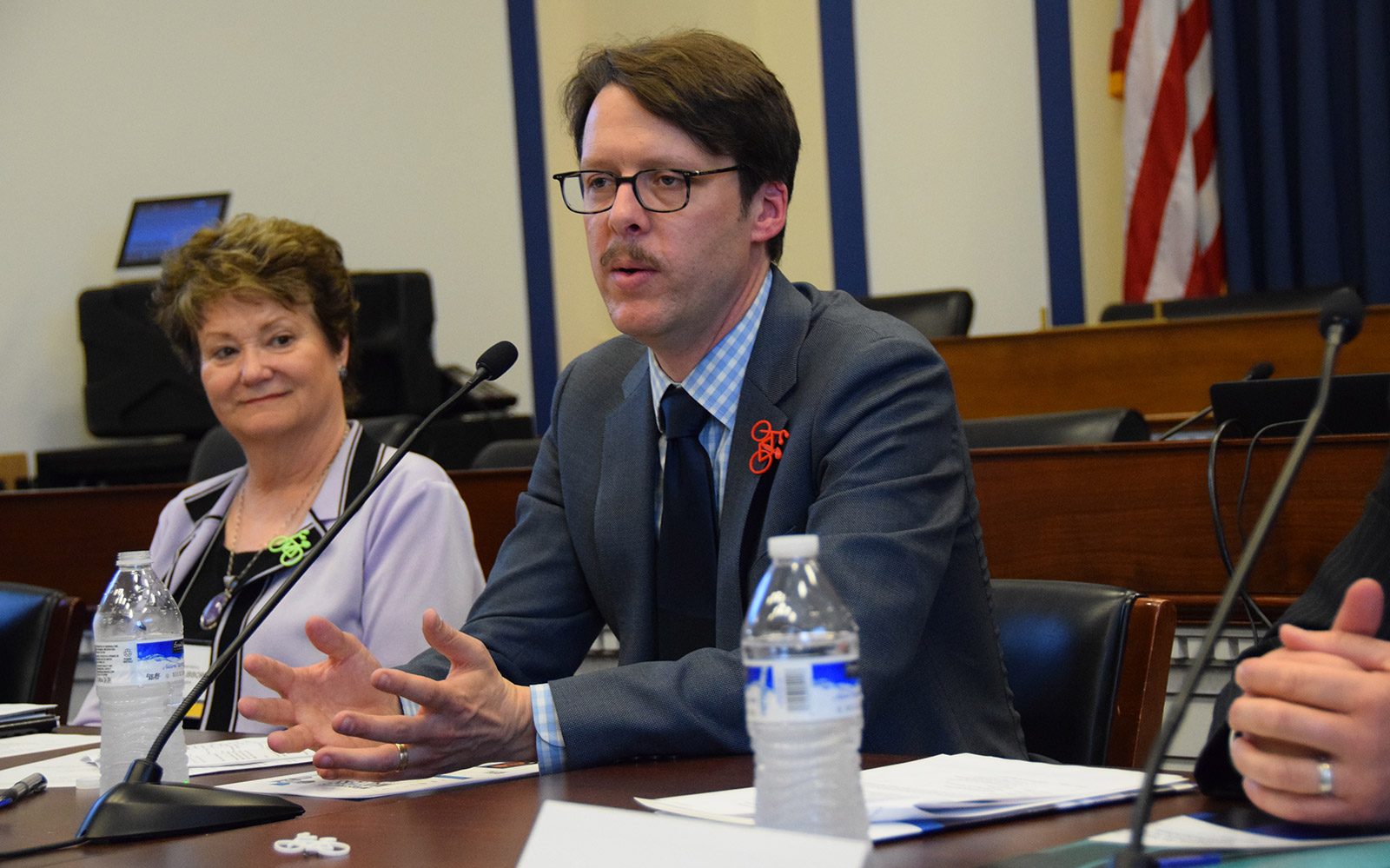 Members of Congress don’t need to look far to see the force that federal funding can add to local infrastructure projects. They don’t even have to look beyond the Washington Beltway.

The Purple Line light rail project between Maryland’s Montgomery and Prince George’s counties couldn’t happen without the federal government’s investment, Montgomery County Councilmember Hans Riemer said at a Capitol Hill briefing for Infrastructure Week, held by a coalition of local government and interest groups including NACo on May 19.

“There was a strong push in Montgomery County to abandon the federally funded Purple Line and substitute for it a locally funded bus rapid transit system,” he said. “The rationale was that the federal government wasn’t going to be there.”

But the county made its case to the Federal Transit Administration in 2014 anyhow — from a position of faith, as Riemer put it — and came away with nearly $900 million in federal funding.

“You have a lot of ‘widening an intersection’ projects happen with local money, but you don’t have projects that can move 70,000 people a day and transform a major part of the Washington region,” Riemer said. “At the local level, we need a federal partner in order to think big about infrastructure. The reality is that we can’t do that much, locally, with our dollars. That was a real dead end.”

Though he criticized the small funding increase in 2015’s FAST Act transportation reauthorization, Rep. Earl Blumenauer (D-Ore.), a former Multnomah County commissioner and veteran infrastructure proponent, sees a lot of potential for a more active and sympathetic legislature in the next Congress because the public will come around to support spending that is a true investment in their communities.

“Don’t give up on the federal government being a partner,” he said. “(Infrastructure projects) are the things people think government can do something about. Is the drinking water safe? Does the storm water go away and be treated rather than polluting lakes and rivers and creating problems with flooding? Are roads and bridges falling apart? Can children get to school safely? These are things people have an expectation government could do something about and should do.”

Sheryl Bailey illustrated the kind of support across the political spectrum that infrastructure projects receive in Chesterfield County, Va., where she is a deputy county administrator. The key is demonstrating need.

“Though a conservative community, Chesterfield residents overwhelmingly approved a bond issue for a $304 million school project, by 78 percent,” she said. “As you can imagine, the community really wants us to upgrade those schools.”

If you make financing more expensive, you will get less infrastructure,” Riemer said, acknowledging the pressure Congress receives to get rid of tax expenditures but promising it was worth it.

“Our productive capacity as a country and as an economy is dependent on this infrastructure, and the state and local government infrastructure investments are pivotal,” Bailey said. “There are other funding mechanisms, such as payas-you-go and public-private partnerships,” she said. “They are effective for certain types of projects, but they’re not a robust alternative for the vast majority of capital projects.”

A public-private partnership is, however, appropriate for Maryland’s Purple Line, which will be built with nearly $700 million in private money.

Riemer said, however, that there was a place for the federal government in infrastructure financing that was befitting of its spending power and appropriate in the grand scheme of public finance.

“There was political interest in other infrastructure projects,” he said. “People repeatedly made the argument that the federal government wasn’t going to be there for the Purple Line, and we should go it alone.

“I applaud those jurisdictions that decide to proceed on their own, but there’s a cost to that. If you raise taxes for one project, you can’t use that money for another,” he added.