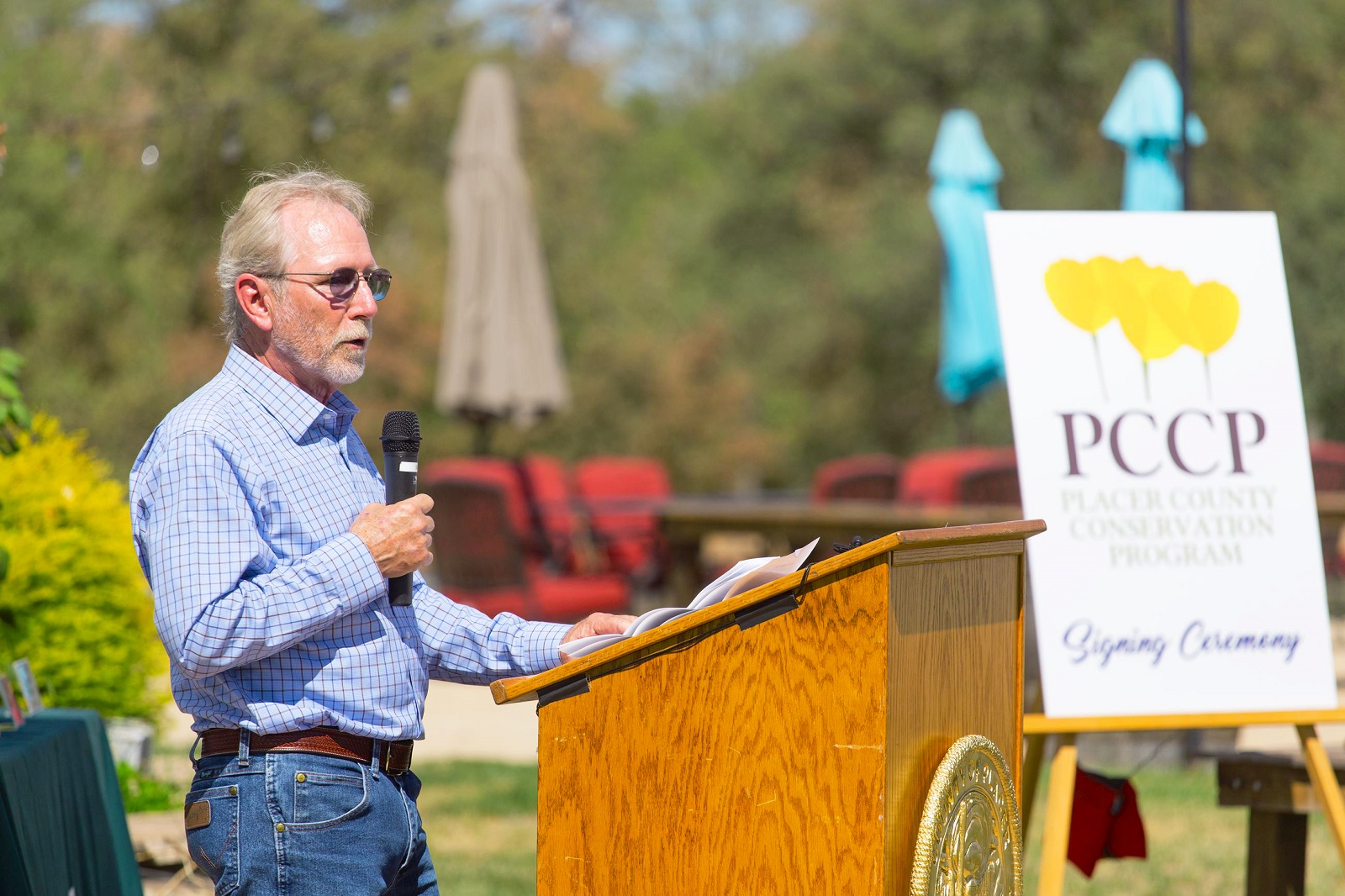 After 20 years of work, Placer County, Calif. is finally putting its conservation program in place. Real estate developers certainly know how a wait like that feels.

But now, thanks to that groundwork, permitting will be dramatically accelerated thanks to a detailed streamlining of federal, state and local regulations from nearly a dozen agencies. The program kicked off with the approval of a building that will serve as a multi-story vending machine of sorts for used cars.

“We were able to get permits immediately, otherwise they’d have been looking at five years,” said Gregg McKenzie, administrator of the Placer County Conservation Plan. “There’s much more certainty in the timelines for permitting now, and that directly influences the cost of development and construction.”

The conversation plan preserves more than 260,000 acres of land in western Placer County, guaranteeing protection for a large swath of land and waterways, including a 47,000-acre reserve habitat to protect threatened and endangered fish and wildlife.

The county will use development fees and grant funding to purchase land or conservation easements in the conservation district.

McKenzie worked in home building, giving him a comprehensive look at how the program works, and he considered it novel enough to come work for the county to shepherd it through the process.

Rather than having developers seek individual permits from a variety of state and federal agencies, the conservation program helps streamline the process by setting standards that will meet all requirements at once, the highest common denominator.

“We follow the legal pathway that we would be able to substantiate that this was the least environmentally damaging practicable alternative,” said Robert Weygandt, chairman of the county Board of Supervisors, who has been in office for the entire process.

“We set a higher standard, but it’s one that meets everyone’s needs.”

“The end result is that we will conserve above and beyond what is normally required for mitigation,” McKenzie said. “We’re strategically going to be able to preserve larger habitats.”

The program required cooperation with a wide variety of agencies, including:

“If it were simply a federal habitat conservation plan, it probably would have been done 15 years ago, but stakeholders said you can’t separate waters from species, they’re all interrelated.”

McKenzie and Weygandt said that different personnel in different cooperating agencies took turns forging the path ahead, despite shifting priorities among them.

“All of those agencies have their own agendas, whether they’re set by the president, Congress or governors,” McKenzie said.

“It’s hard not to be whip-sawed by different administrations — bouncing between presidents every few years was challenging.”

For instance, with the shifting definition of a navigable waterway under the Clean Water Act’s “Waters of the U.S.” rule, the Placer County program shoots higher and defines “Waters of Placer County.”

“There were a lot of naysayers along the way, but we had strong supporters in each stakeholder group,” Weygandt said.

“There was always someone who kept this going in each agency.”

It’s one of the first programs of its kind in the United States, a fact McKenzie owes to the intricate nature of so many cooperating agencies.

“A lot of people wouldn’t even try this because it’s so complex, there are so many moving parts,” he said.

“Placer County knew it was going to be a long road, but they stuck to it, knowing it would be worth it in the end.

The ultimate push the plan needed came from endorsement by the Audubon Society, to which a group of developers concurred.

“It started out of general open space policy work we were doing and grew from there,” Weygandt said.

“We were trying to do something different. We wanted to have much better conservation that complemented growth in our county within our communities while getting regulatory relief.”

Weygandt said the continued political will in Placer County kept the program rolling forward for so many years, but it was helped along by the genuine good will and open mindedness of the county’s partners.

“There were always reasons to think we’d be successful, because people were always willing to say what we could change to make it work.”