Pennsylvania mail-in ballot count was ‘just all hands on deck’ 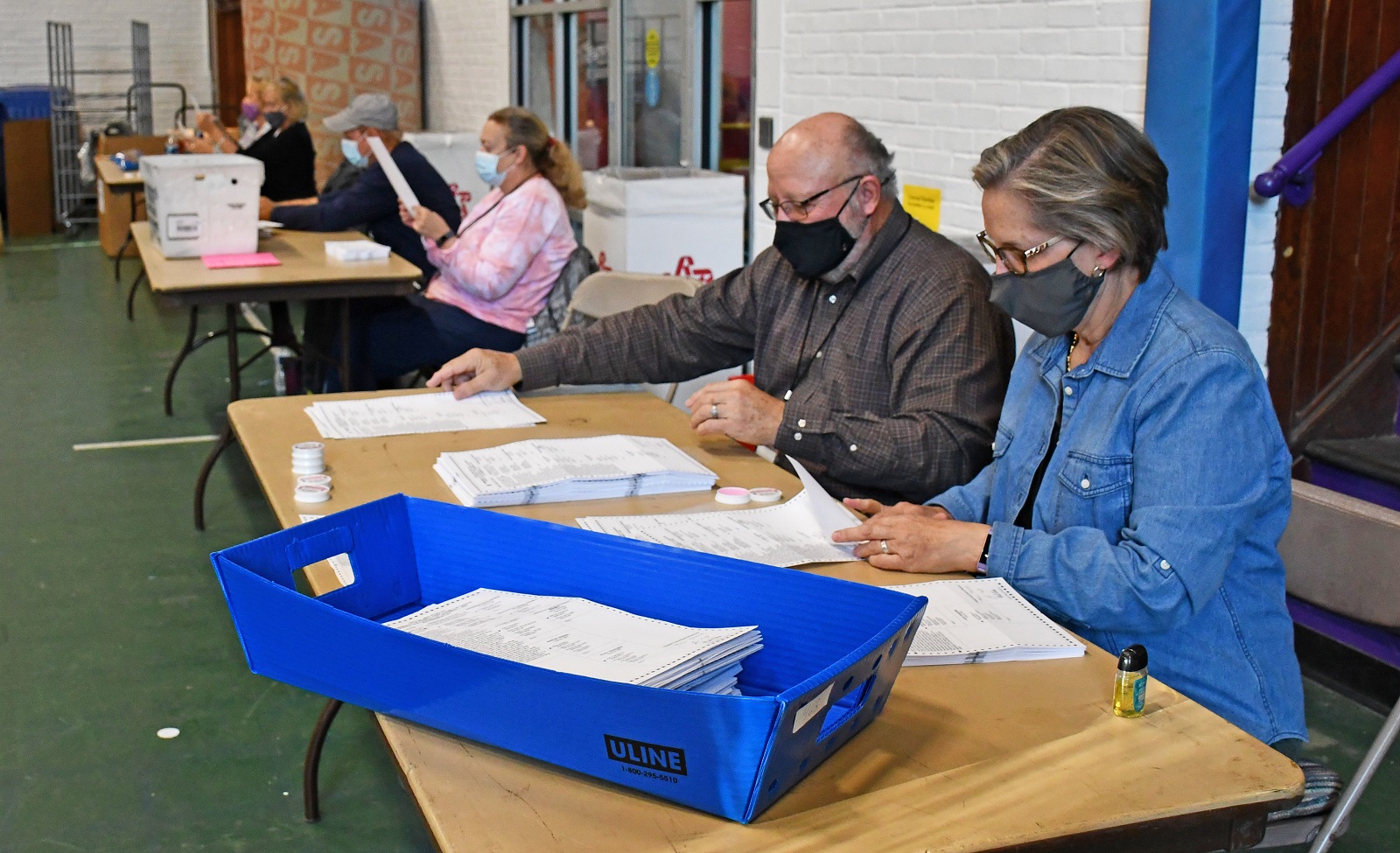 All eyes were on county election boards across the country as they burned the midnight oil to complete counts of a record number of mail-in ballots in the election.

It was no different in Pennsylvania.

“It was just all hands on deck,” said Robert Harvie, Bucks County, Pa. chair of the Board of Elections.

Bucks County received around 165,000 ballots out of 199,000 mail ballots requested. In the 2016 presidential election, the county received 20,000 absentee/mail-in ballots.

Over 2.6 million voters in Pennsylvania returned mail-in ballots for the 2020 election, according to data from the U.S. Elections Project. This number is more than 10 times the amount received across the state in 2016, according to the Associated Press.

Gov. Tom Wolf (D) signed legislation last year that allows Pennsylvania voters to vote by mail up to 50 days before an election. The law created a vote-by-mail option without the need to provide an excuse, which was previously required to vote by absentee ballot.

Per state law, election officials were unable to start the count, or even open ballots, until 7 a.m. on Election Day. County officials and the County Commissioners Association of Pennsylvania pushed for more time to pre-canvass, but the rule did not change.

An influx of voters in Bucks County began requesting mail-in ballots in early August, Harvie said.  Harvie described how the county took an “all hands-on deck” approach to counting ballots and borrowed county employees from corrections, parole, the clerk of courts and the recorder of deeds to aid in the counting.

Around 250 employees and volunteers took turns working four-to-eight-hour shifts arriving at all hours of the night to help in the process. Each mail-in ballot had two envelopes, the return envelope and the privacy envelope, that needed to be opened before poll workers could flatten each ballot and then scan them through a high-speed scanner.

Bucks County elections staff counted nonstop until they finished the majority of the ballots mid-day Thursday and then moved to review provisional ballots.

“It was really neat to see the teamwork of people who didn’t really know each other,” Harvie said. “Yet there they were, side by side, figuring out the best, most efficient way to process ballots and work with each other.”

In addition to preparing for the record-breaking mail-in ballot numbers, Harvie said his staff still had to prepare over 300 polling locations for voters who chose to cast their ballot in person.

“We had a huge turnout there and we were doing the mail-in voting, so we had enormous numbers,” he said.

Handling the increase in mail-in ballots while simultaneously running polling locations will be more expensive for the county with the added costs in hiring staff to open and count ballots, Harvie said.

In Chester County, Pa., Commission Chair Marian Moskowitz said the county faced additional challenges handling the influx of mail-in ballots when the county’s director of voter services retired in August. She said the county turned to the deputy director of emergency management to run the process.

“This was such a different animal than anything we’ve ever done in the county, but I think we did OK,” she said.

Officials called in an extra 250 employees comprised of both county employees and workers hired by an employment service to work in three shifts with about 62 people per shift, she said.

“They wanted no problems and they worked really hard to do that,” Moskowitz said of the poll workers.

Given the restrictions and social distancing requirements with COVID-19, Moskowitz said additional employees would not have fit within the facility while meeting distancing rules.

Despite the hard work of the county elections staff, she said many members of the public didn’t understand why there weren’t complete numbers by Tuesday night.

“That was really difficult to keep explaining to people as they kept calling saying, ‘Where are the numbers?’” she said.

In Montgomery County, Pa., the counting process of the 248,000 mail-in ballots received went well, according to Ken Lawrence, chair of the Board of Elections. Workers finished the count within 41 hours.

He said the county learned a lot from the June primary, when they received 126,000 mail-in ballots and took 17 days to complete the count.

“We knew that would be far too long for the general election,” he said.

To expedite the process, the county invested $1.7 million in equipment to aid in counting and created a new position, the director of the mail-in election, who focused solely on the mail-in portion of the election while a separate individual focused on in-person voting.

He said not being able to even open the ballots prior to 7 a.m. on Election Day complicated the process.

“A lot of people say, ‘Well you started counting at 7 a.m. on Election Day,’ but no, we didn’t start counting then, we started opening those ballots,” he said.

He credited the poll workers who worked tirelessly until the counting was complete.

“They are literally the heroes of democracy,” Lawrence said. “I don’t think people realize the intensive manpower that’s needed for this and the particularness of it as well. My hat’s off to all the poll workers.”