One answer to pandemic’s mental health toll: The arts 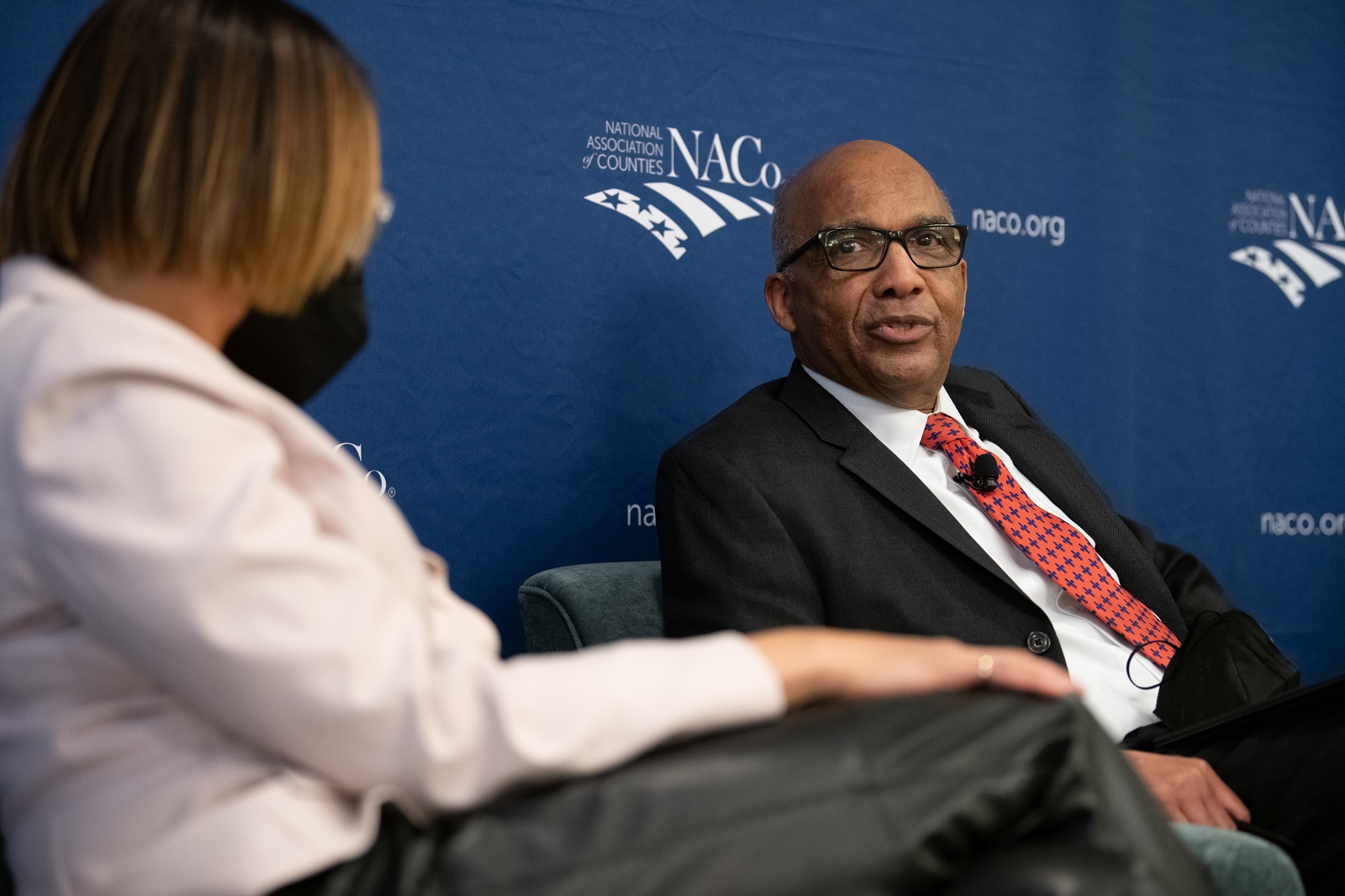 Panelist Gen. Nolen Bivens, president and CEO for Americans for the Arts, takes part in a panel discussion Sunday, Feb. 13 about how the arts can promote healing for county residents experiencing behavioral health challenges. Photo by Denny Henry

Gene Downing delivered a powerful original poem Sunday at NACo’s Legislative Conference. He calls it, “A Time to Heal.”

The poet ambassador for D.C.’s Free Minds Book Club is a former prisoner who served 27 years for his crimes.

He wrote his poem specifically for the group of county officials from the Healthy Counties Advisory Board and the Arts and Culture Commission, who gathered to hear about how the arts can help heal those who have suffered trauma in their lives.

Downing said that his art form – writing – helped him heal from his experience.

Loudoun County Supervisor Phyllis Randall, who introduced Downing and a panel of experts, noted that “as a therapist in the prison system, I know what many will do with a second chance.”

County officials across the country are seeing how the pandemic has affected constituents experiencing higher levels of anxiety. According to the Pew Research Center, one-third of adults report at least occasional sleeplessness and anxiety during the week a survey was conducted last year.

During Sunday’s discussion, moderator Dr. Gayle Jordan-Randolph, medical director of AETNA, asked panelists: “What does art mean to you and how does it impact your life?”

Dr. Jill Sonke, director of national research and impact at One Nation/Project Initiative, kicked off the discussion, offering the audience a personal story. At age 55, after the pandemic began, she said she picked up a guitar and began singing every day, making it part of her routine. “I started playing every day after Zoom calls. It became a deep necessity during the pandemic. It’s a new stage in life. I feel like I had understated joy and play and expression. I’m astounded at this stage in my life to have a relationship with an art form that’s nothing less than transformative.”

Panelist Gen. Nolen Bivens, president and CEO for Americans for the Arts, said he is not particularly artistic, but has three children whose work all involves the arts. He wanted to clear something up that audience members might be wondering: “’What is a general doing in the arts?’”

“I was looking for an answer to a problem,” he explained. He told the audience how a conversation during a hearing checkup at Fort

Hood in Texas changed his life. The technologist told him how veterans would often weep and cry during their exams. “She got my attention at that point.”

“People who look healthy but have wounds inside … they have too much pride, that’s the culture of the military,” he said. “I ended up on the doorstep of the arts. That’s where I saw there was an opportunity for young men and women to take up the arts and heal.”

“The arts are truly an asset to our nation – the security of the nation is at risk.”

In the audience Sunday was Butte County, Calif. Supervisor Debra Lucero, who sees that the arts can also help in counties suffering traumatic events such as hurricanes or wildfires. Her constituents suffered through the Camp Fire, which burned down 14,000 homes and 5,000 businesses.

“We are now suffering the trauma of mental health, with 7,000 people on a waiting list for services, some of those mental health services,” she said.

She proposed to the room that counties create memorandums of understanding with arts agencies and mental health agencies to deploy mental health professionals and artists to “give us hope and inspiration” and serve as “second responders” after traumatic events.