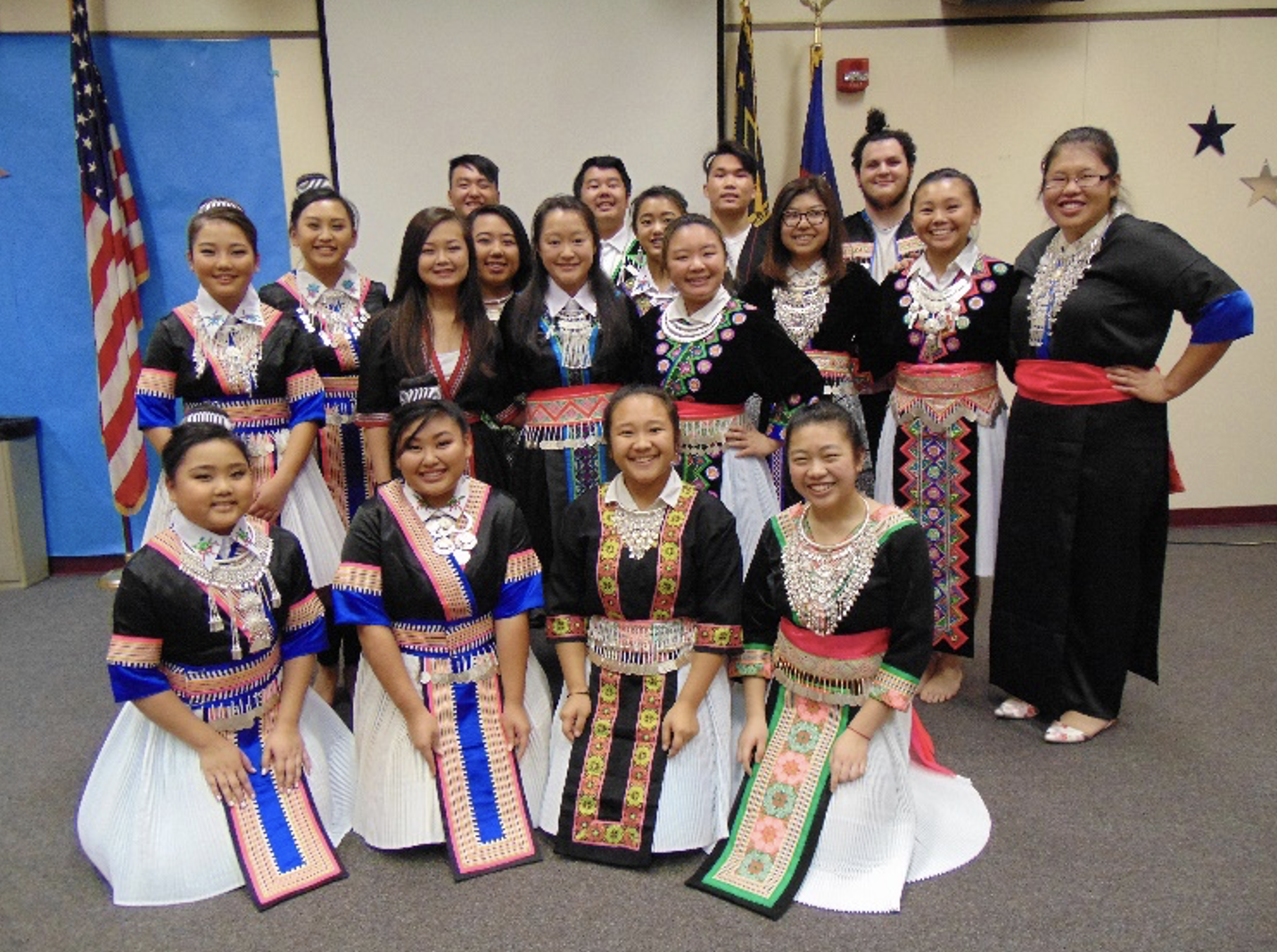 The Catawba County Library collaborated with DigitalNC (the North Carolina Digital Heritage Center) and the Historical Association on the Hmong Heritage Project to create a digital collection of artifacts and oral histories from the county’s Hmong population.

“One gap in our local history was the Hmong story,” said Siobhan Loendorf, director of the Catawba County library. “The director of the history museum at the time said, ‘I have like two artifacts representing the Hmong story and we are the fourth-largest population of Hmong immigrants in the United States.’ And so, we decided to try and reach out to the Hmong community so that we could digitize some of their artifacts, and at the same time, help them preserve them.”

The Hmong largely began migrating to the United States in the late 1970s and early 1980s following the fall of Saigon and Laos to North Vietnam Communist troops in 1975, when many Hmong escaped to Thailand where they were incarcerated in refugee camps. There are about 305,525 Hmong people in the United States, 14,232 of whom are in North Carolina, according to 2020 U.S. demographic data.

The Hmong Heritage Project earned NACo's  “Best in Category” Achievement Award in 2022 in the Arts, Culture and Historic Preservation category.

The project to tell their story in Catawba County ran from February to December 2018 and consisted of the Catawba County library hosting book discussions about “The Song Poet: A Memoir of My Father” by Kao Kalia Yang and “Bamboo Among the Oaks: Contemporary Writing by Hmong Americans” edited by Mai Neng Moua; an Evening of Hmong Performing Arts featuring a Song Poet and a local Hmong man playing the qeej, a traditional Hmong instrument and collection days in which local Hmong community members shared their belongings and experiences related to their Hmong identity.

“On our very first collection day, a gentleman came in with his box of things and he had these tags, and it looked like it was just a brown cardboard stock tag with a string on it, and it would have their picture and it would have some of their information, but it was basically their passport when they left the country –– when they left the refugee camps to come to America,” Loendorf said. “That paper tag was everything, and he had them all in pristine condition for his whole family.”

The tags were a particularly exciting find for the Catawba County library, because of how rare it was to have intact and preserved, Loendorf said. A man who had taken part in a similar endeavor to gather historic artifacts, with the intent of preserving Hmong culture for a museum in Michigan, said that the tags were something they had specifically put out a call for, and that they were unable to obtain any, according to Loendorf.

“Nobody in Minnesota, which was another big location where people migrated to, had any samples of that tag, because they were paper and got wet or ruined or lost,” Loendorf said. “And that gentleman had five pristine examples of it that we’ve now documented, and it’s preserved online so people can be like, ‘Remember that tag?’ And they can see what it looked like. So, I thought that was really cool, because it was a piece of history that nobody else had.”

To get the word out about the project, Loendorf said they put up flyers at the county’s Asian market and met with local Hmong community groups and churches. A local Hmong woman was also hired to coordinate the recruitment events.

The project received a grant from the National Endowment for the Humanities, which provided funds to hire a coordinator, allowed them to purchase flatbed scanners for documents and page and photo protectors to keep everything in good condition. The grant also helped them purchase a 35-mm digital camera to photograph the artifacts and a multi-directional microphone for the oral history recordings. One of the oral histories moved Loendorf to tears, she said.

“We said, ‘We’re preserving this online, is there anything that you would want your grandchildren or great-grandchildren to know about your experience? If they come across us online and they’re listening to your stories, is there any message you want to give to your future family members?’” Loendorf said.

“And they just said, ‘We did all this so that they could have freedom –– we went through all of this so that they could have opportunities that we never had.’ And I was just like, ‘Oh my gosh.’” Another comment from one of the men involved in the collection particularly emphasized the importance of the project and similar initiatives, Loendorf said.

“We had a special program here at the library one night and all of the gentlemen came in dressed in full uniform and they gave their oral histories and gave us their documentation to put into the collection,” she said. “And one of them said to the girl that organized that, ‘We just are so grateful to the library because we’ve been here for 20 years, and nobody’s ever recognized us,’ and so they felt recognized or seen through this project.”

The library received positive feedback about the heritage project from people outside of the Hmong community as well, according to Loendorf.

“I was meeting with a Latina woman, and I said, ‘If you’re not busy, come to this celebration –– we’re having a Hmong cultural heritage thing and we’re having Hmong food,’” she said. “And she came downstairs with her son and participated in it, and she was like, ‘I had no idea,’ and she was also an immigrant, so she has her own experience, but then to recognize that this whole other population of people had an immigrant experience that parallels theirs in some ways was great.”

The project also heightened Loendorf’s own appreciation for common ties among different cultures, she said. She said a specific moment when a Hmong woman brought in a cross-stitching project stuck with her.

“There was one Hmong woman I was talking to, and I said, ‘This is beautiful’ and she said, ‘Oh my gosh, my mom used to force me to learn how to do this when I was like 13.’ And I said, ‘That’s really funny because my mom forced me to take cross-stitch lessons when I was 13,’” Loendorf said. “The whole project was called ‘Common Heritage,’ and I just thought it was funny that growing up in two different worlds, we did have that common heritage.”

During the summers of 2021 and 2022, Appalachian State University created a similar project, “Roots and Routes,” that developed a digital photo story of Latinx migrants and Hmong refugees.

“I think they had seen what we had done and wanted to kind of springboard on that, so they reached out to some of the same people and just did a deeper dive into their immigrant experience,” Loendorf said.

Loendorf hopes the county continues to create initiatives that help represent all of the diverse backgrounds there.

“I think it’s important for us as a county that we recognize all of the people in our county as we evolve,” Loendorf said. “We’re a growing melting pot and we cannot ignore the contributions of this huge population and what they bring to us to make us a richer, stronger community, and we need to recognize it and celebrate it.”